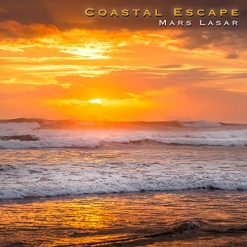 Mars' Website Mars' Artist Page on MainlyPiano
Album Links
Amazon (referral)Apple/iTunesSpotifyCarmel Midnight Shores video
This site contains affiliate links to products. We may receive a commission for purchases made through these links.
Coastal Escape
Mars Lasar
2021 / Sound Manipulations
42 minutes
Review by Kathy Parsons
With 33 solo albums under his belt plus a huge resume´ of music for films and television, it's highly unlikely that you have never heard the music of Mars Lasar. A platinum award-winning composer and music producer, Mars is also an accomplished visual artist and a fine art photographer, as is evidenced by his beautiful album covers and music videos. Born in Germany and raised in Australia, Mars started playing the piano at the age of 11 and started composing, recording and publishing his own music professionally at 14. The ten tracks on Coastal Escape were inspired by the spectacular Northern California coastline and the music is very soothing and relaxing. In addition to composing and performing all of the music, Mars produced, arranged, mixed and engineered the album. Piano, keyboards, bass and programming were done by Mars and his son and fellow musician, William Neo Lasar. Some of the music includes the sounds of a crackling fire, ocean waves, sea birds and other nature sounds, and the liner notes suggest: "Close your eyes, awaken your senses and just be. Listening, present and aware. Just be...." This beautiful album will certainly get you moving in that direction!

Coastal Escape begins with "Big Sur Skies," a serene, ambient piece for keyboards, electric guitar, percussion and ethereal wordless vocals enhanced with the sounds of ocean waves and sea birds - a very welcoming start! Valley of the Giants is actually in Oregon, so it's possible that the piece titled "Valley of the Giants Revisited" actually refers to Avenue of the Giants in the California redwoods. The slow, soothing ebb and flow of the music is made even more relaxing with the addition of a velvety-smooth female voice that caresses the ears as the music moves gently and effortlessly. "California Dreams" is bliss set to music, evoking images of golden sunshine, soft breezes and the spectacular Northern California coastline. "Carmel Midnight Shores" begins with the sound of a crackling campfire. Ambient keyboards and strings move slowly and gracefully, creating images of a truly peaceful ocean in the moonlight. Sigh.... Music doesn't get much more serene than this and there is a gorgeous music video for it! "Mendocino Love" picks up the tempo a bit with a strong rhythm propelling electric guitars and keyboards along with the silky female voice - a favorite! "Sea Arch Sunset" has more piano than most of the other tracks, along with ocean sounds, voices and other atmospheric sounds - I really like this one, too! "Little River" features piano along with strings and shimmering orchestration, bringing the album to a close.

So, if you crave a long walk on the beach or a chance to watch an ocean sunset but can't get to the coast, Coastal Escape might just do it for you! If you've never driven up the California Coast, Mars Lasar's music will give you a vivid impression of what that's like. If you have been fortunate enough to experience all of those things, his music will bring back wonderful memories - something for everyone! Coastal Escape is available from Amazon, Apple Music/iTunes and streaming sites like Spotify. "Just be..."
November 23, 2021
This review has been tagged as:
Latest Reviews
Mars' Website Mars' Artist Page on MainlyPiano
Album Links
Amazon (referral)Apple/iTunesSpotifyCarmel Midnight Shores video
This site contains affiliate links to products. We may receive a commission for purchases made through these links.
More reviews of Mars Lasar albums 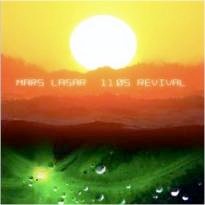 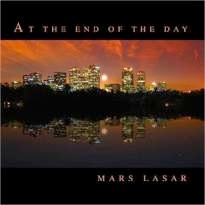 At the End of the Day
2007
Review by Michael Debbage 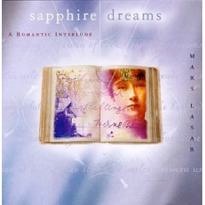