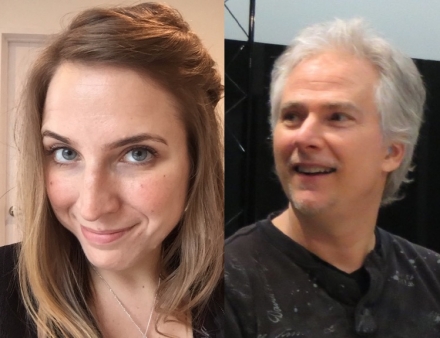 Piano Concert
7pm
$20 suggested at the door
Pianists Joseph Akins and Rachel LaFond will be performing in Kathy Parsons’ MainlyPiano house concert series in Florence, OR on Monday, July 16th at 7:00 PM.

Award-winning pianist/composer Joseph Akins has released seven albums to date and recently re-released his 1997 debut, Keys to the Heart. Several of his albums have received and been nominated for Album of the Year by various music websites. Joseph is a professor of music industry at Middle Tennessee University near Nashville. He will be playing music from several of his albums, but especially from his 2017 release, Into the Flow, one of my Top 20 Favorites for 2017.

Rachel LaFond grew up in Washington State and is the daughter of a prominent piano teacher there. She has released two solo piano albums to date, the most recent being Encounters of the Beautiful Kind. She and her husband have settled in New Zealand and the music from both albums reflects on their travels and adjustments to living in a different culture in another part of the world.

There is a suggested donation of $20 at the door. The address and directions will be given when reservations are made. All donations go to the artists. Email Kathy at kathypiano@gmail.com to reserve seats.
Visit the artist pages:
Joseph AkinsRachel LaFond