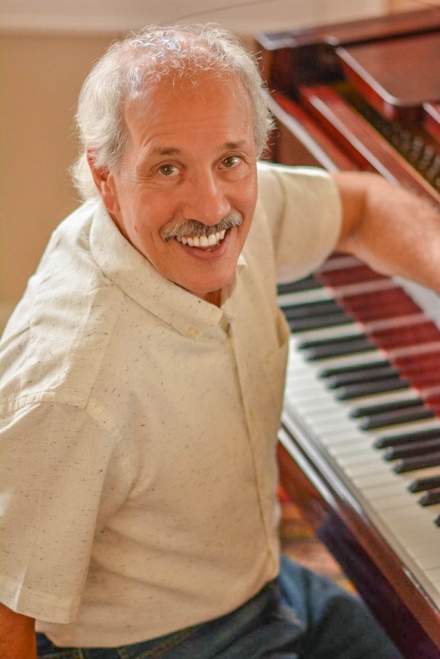 Piano Concert
7pm
$20 suggested at the door
Pianist/composer Scott Cossu is returning for his eighth concert appearance in Kathy Parsons’ MainlyPiano.com house concert series in Florence (Sandpines West) on Friday October 25th at 7:00. Cossu was one of the first artists signed to the legendary Windham Hill record label in the 1980’s and continues to be one of the most respected names in contemporary music.

Cossu is releasing an album of all-new music, Memories of Water and Light, in January and will be playing selections from that album as well as his previous releases, including Safe in Your Arms, which was nominated for the 2015 Best Piano Album with Instrumentation award by Zone Music Reporter. With a graduate degree in Ethnomusicology and lifelong experience in jazz and classical music, Cossu’s style is a unique blending of a wide variety of influences. He is as comfortable playing barrelhouse piano as he is creating a lyrical melody line. Performing with Cossu will be guitarist Giles Arendt. Cossu’s house concerts usually end with a cheering standing ovation and this promises to be an incredible evening of great music and entertainment. Don’t miss it!

Visit Scott’s website at ScottCossu.com. There is an interview as well as reviews of Scott’s albums on MainlyPiano.com.

Reservations are required by emailing Kathy Parsons at kathypiano@gmail.com. The address and directions will be given when reservations are made. There is a suggested donation of $20 at the door (all donations go to the artists).
Visit the artist page:
Scott Cossu