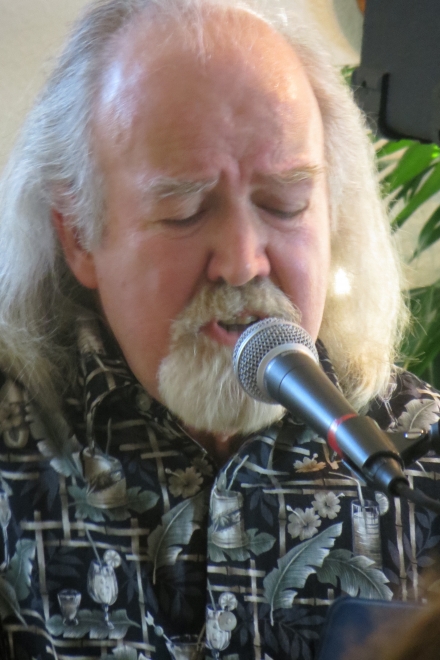 Singer-Songwriter
7pm
$15 suggested at the door
Local singer/keyboardist/bassist Jeff Lovejoy will be kicking off the new season of Kathy Parsons’ house concert series on Wednesday March 1st at 7:00 PM. Jeff has played in bands, duos and trios for more than 45 years in Massachusetts, New York, Maine, and Colorado. He’s also done solo performances over the years, ranging from dance music in clubs to lighter fare for dinner music. He generally plays a mix of songs from the ‘60s to ‘80s - mostly laid-back tunes from The Eagles, Eric Clapton, The Byrds, and Bob Dylan, but might throw in a little New Age music or a few originals. Jeff will also be performing at the Florence Unitarian Universalist Fellowship in mid-March. Of his performances, Jeff says, “Most of the tunes I do are sung and I love it when folks sing along.” To sum up his approach to music Jeff adds: “In the end I believe music is meant to communicate between hearts as much as minds. There is way too much rancor and ugliness in the world—at least that we hear about on a regular basis—so if I can bring people to a deeper, happier place for a bit, that’s all I would ever ask for.”

There is a suggested donation of $15 at the door. The address and directions will be furnished when reservations are made. Email Kathy at kathypiano@gmail.com for reservations.