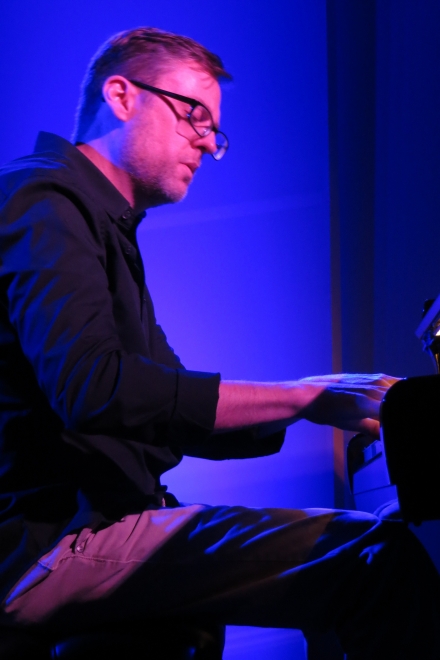 Solo Piano Concert
Time Changed to 7:00
$15 suggested at the door
Award-winning pianist/composer Adam Andrews will be appearing in concert in Kathy Parsons’ home in Florence, Oregon on Sunday, October 15th at 7 PM. A classically-trained pianist from the age of 7, Adam also has a background in folk-pop Christian music. He is the winner of this year’s Whisperings Solo Piano Radio Album of the Year award for his third album, Prayers in the Dark, which was also awarded “Christian Album of the Year” from SoloPiano.com and was on the 2016 Favorite Albums list on MainlyPiano.com. Adam is from Colorado Springs, Colorado and creates heartfelt music about personal experiences that he hopes will resonate with others. His first solo album, Road To Ambo, was released in 2014 and chronicled his family’s journey in adopting their son from Ambo, Ethiopia. His second album, A Thousand Springs, was released in 2015 and captured the experience of a 24-hour retreat into the wilderness for reflection and renewal. Prayers in the Dark reached even deeper into the soul of this remarkable composer who says the album “shares my personal journey to find gratefulness and peace during a difficult season of life.”

Please join us for an evening of great music and inspiring stories in this intimate setting. There is a suggested donation of $15 at the door and all donations go to the artist. Reservations are required by calling Kathy at (541) 999-9720 or by emailing her at kathypiano@gmail.com. The address and directions will be given when reservations are made. CDs and sheet music will be available for sale and for autographing.
Visit the artist page:
Adam Andrews