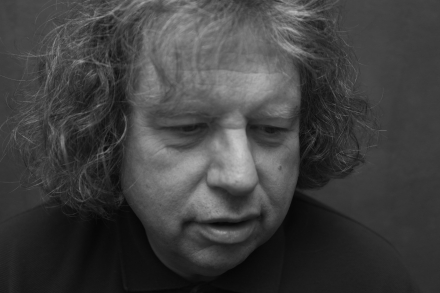 Solo Piano Concert
7pm
$15 suggested at the door
David Thomas Roberts will be appearing in concert as part of Kathy Parsons’ house concert series on Saturday, April 8th at 7:00 PM. A postmodernist, Neo-Romantic composer, pianist, painter and poet, Roberts was born in 1955 and began composing, painting and writing at age eight.  His first serious compositions date from 1971 and reflect the influence of such composers as Chopin, Satie, Joplin and Ives.  Since then he has composed over 140 solo piano works as well as a variety of chamber pieces, art songs, choral music and electronic works. As a pianist he recorded five LPs between 1978 and 1985, and has appeared on some twenty CDs since, many of them devoted to his own compositions. His music has been heard on the major media venues of North America, from ABC's "Good Morning America" to National Public Radio's "All Things Considered" and across Canada on CBC Radio.  He accompanied the Oakland (CA) Ballet in arrangements of Classic Ragtime by Scott Joplin.  His eclectic suite for piano, New Orleans Streets (1981-85) was hailed by historian Al Rose in I Remember Jazz as "the single most important contribution to the culture of New Orleans in the past fifty years."  His visual art has been featured in the leading international Visionary/Outsider art magazine, Raw Vision. His poetry appeared in the anthology, Another South, published by University of Alabama Press.  For more information about David's multimedia world, visit DavidThomasRoberts.com.

Reservations are required and the address (Sandpines West in Florence) and directions will be furnished at the time reservations are made. Email Kathy at kathypiano@gmail.com to reserve your seats.


"His work enchants the ear and eye like no other artist.  It is a singular experience in multiple realms---a source of wonder and mysterious seduction for the ages."       Jake Berry, poet, musician and visual artist