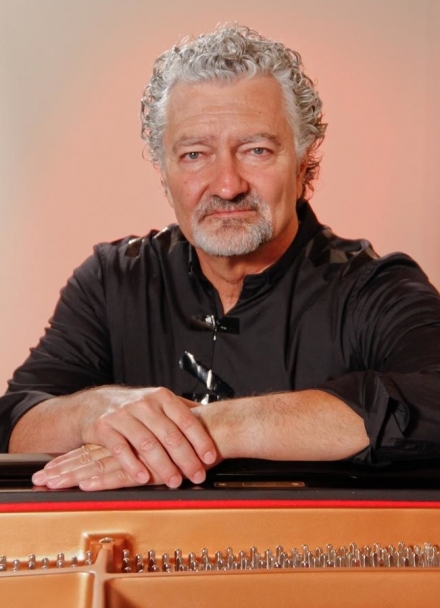 Solo Piano Concert
7pm
$15 suggested at the door
Kathy Parsons’ house concert series continues with a return visit from pianist/composer Louis Colaiannia on Thursday, July 13th at 7:00 PM. When he was here in 2015, Louis stayed at Driftwood Shores and composed most of the music for his 2016 album, Four Days in My Life, there. You might be surprised to hear how Florence sounds on the piano!

Louis Colaiannia (coal-ee-AH-nah) is a native of Denver, Colorado. He has pursued music his entire life with the simple goal of sharing his gift with the world. Louis is a master of classical piano, an accomplished songwriter, arranger and performer. His music has inspired the lives of thousands of people in performances that have been referred to as “stunning in their power and beauty.” Colaiannia is a nationally touring musician performing solo concerts as well as concerts with other artists. He has released nine albums to date and has recorded the last couple at Imaginary Road with Will Ackerman (founder of Windham Hill Music). Ackerman had this to say about Louis’ music: “There’s a certain muscularity to Louis Colaiannia’s piano playing. While he’s quite capable of introspection, the power and energy that Louis brings to the instrument is palpable. This balancing act between the beauty of his melodies and the sense of strength that he brings to the keyboard is a rare combination. His compositions are elegant and heartfelt. Four Days In My Life will be a great find to those who have followed Louis’ earlier career and a great introduction for those who are new to his work.

Reservations are required and the address and directions to the concert in Florence (Sandpines West) will be furnished when reservations are made. There is a suggested donation of $15 at the door. CDs and sheet music will be available at the concert. All donations go to the artist.