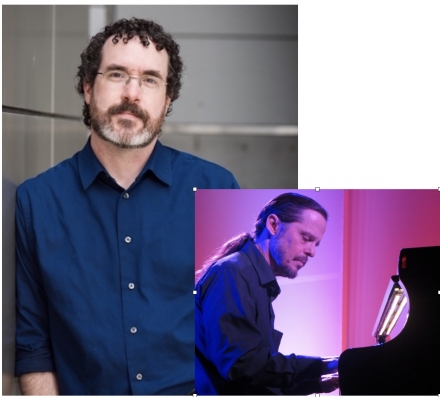 Neil Patton is a pianist, composer, singer and teacher in Eugene, OR. His music for solo piano is a unique fusion of Classical, New Age, Folk and Rock influences that has emotionally impacted listeners around the globe. He has released four critically acclaimed collections of original solo piano music since 2007. His 2015 album, Between Shadow and Light was awarded Album of the Year by MainlyPiano.com. Neil works as a private piano instructor and freelance musician as well as serving as Pastor of Worship Arts at his local church. To quote Kathy Parsons: "There are a lot of really good pianists on the contemporary piano scene, but only a few are breath-taking, and Neil Patton is one of those.”

With six albums to his credit since 1997, Jeff Bjorck’s music has been described as heartfelt with a classical feel. It is typically categorized as contemporary instrumental or new age music, but Bjorck’s unique sound extends well beyond these genres. With particular emphasis on melodies and deep emotions, his compositions have been called nostalgic, evocative, inspirational, contemplative, joyful, and even stunning. In addition to composing, Dr. Bjorck works as a clinical psychologist, researcher, writer, and professor at Fuller Seminary’s Graduate School of Psychology in Southern CA. His multifaceted vocation typifies his ongoing love of a Renaissance man's approach to life.

Reservations are required by emailing Kathy Parsons at kathypiano@gmail.com. The address and directions to the concert will be furnished when reservations are made. There is a suggested donation of $20 at the door. CDs and sheet music will be available at the concert. All donations go to the artists.
Visit the artist pages:
Jeff BjorckNeil Patton