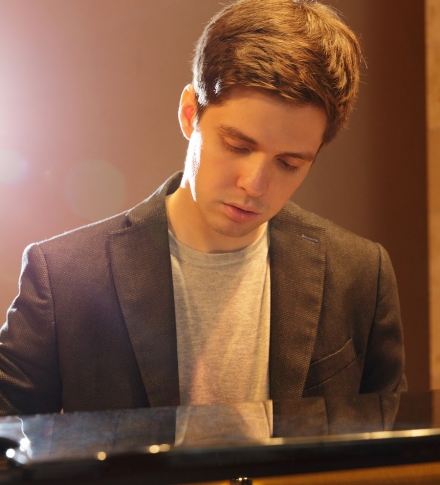 Solo Piano Concert
7pm
$15 suggested at the door
Pianist/composer Samer Fanek will be performing his first Oregon concert on Saturday, May 6th at 7 PM in Kathy Parsons’ House Concert Series in Florence (Sandpines West). Fanek is an award-winning Polish-Jordanian pianist, keyboardist, composer and producer of contemporary instrumental music who now resides in the San Francisco Bay Area. His debut album, Wishful Thinking, reached #1 on three Amazon.com charts, #2 on the Zone Music Reporter charts, and #12 on the US New Age Billboard charts. So far, the album has won two silver medals for “Best Album” and “Creativity/Originality” in the Global Music Awards, was picked as the “Best Debut Album of 2016” by New Age Music Guide, and is nominated for “Best Ne0-Classical Album” and “Best New Artist” by Zone Music Reporter (those awards will be given in New Orleans later in May). Recently, the composition, “Freefall,” from the album won first place in the 18th Annual Great American Song Contest in the Instrumental category. Obviously a young composer on the rise, it will be a special treat to welcome Samer to Florence!

The first half of the concert will be solo versions of all thirteen tracks from Wishful Thinking and the second half will be a blend of Jordanian music as well as piano solo interpretations of popular music.

Reservations are required and the address (Sandpines West in Florence) and directions will be furnished at the time reservations are made. Email Kathy at kathypiano@gmail.com to reserve your seats.
Visit the artist page:
Samer Fanek