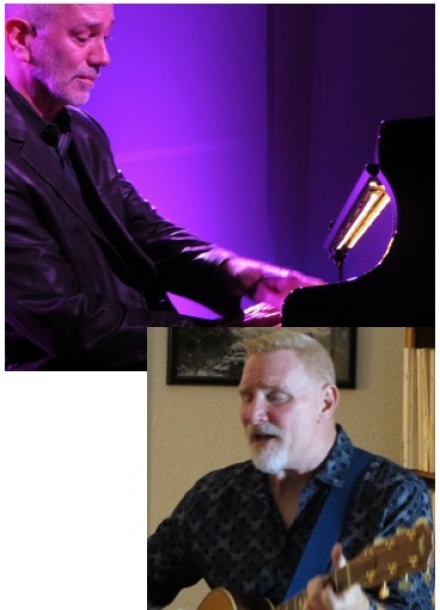 With Special Guest Tom Nichols - Concert to Benefit The Oregon Coast Humane Society
7pm
$20 suggested donation at the door
Pianist/composer Dan Chadburn and singer/songwriter Tom Nichols will be making their fifth appearance in Kathy Parsons' MainlyPiano House Concert Series on Saturday, August 18th at 7:00 PM. Once again, this concert will be for the benefit of The Oregon Coast Humane Society here in Florence.

Dan’s concerts are relaxed and informal and include a piano improvisation in each half. Dan released his seventh instrumental album, Held in the Light, last year and one of the pieces on that album was an improvisation created during his house concert here in 2016. Each of Dan’s last five albums received significant radio airplay worldwide, and his 2016 release, Beyond Words, was nominated for Whisperings’ Album of the Year as well as Zone Music Reporter's Solo Piano Album of the Year.

Reservations for the concert are required by emailing Kathy Parsons at KathyPiano@gmail.com. The address and directions will be given when reservations are made. The suggested donation of $20 will be collected at the door and donated to the Oregon Coast Humane Society. CDs will be available for sale and autographing!
Visit the artist page:
Dan Chadburn