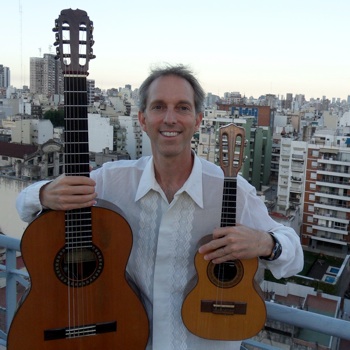 I met Craig Einhorn last year when he came to see Rebecca Oswald’s concert here at my house. He is scheduled to play his own concert here on June 10 (2012), so the time was right for an interview! 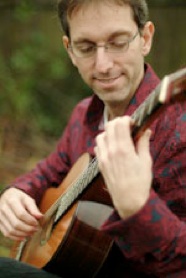 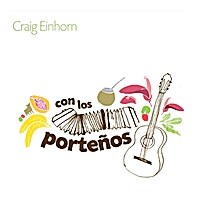 KP: Hi Craig! Where in the world are you today?


CE: I'm in El Paso, Texas, on my way back to Eugene, OR after being in Buenos Aires for over four months.


KP: I understand that you have spent a lot of time in South America and Latin America. Do you go there to study or perform or just visit?


CE: I go to Buenos Aires because my wife is from there and we visit her family. We also avoid the Oregon winter, and I take advantage of the excellent musicians and recording studios. I study music and record in Buenos Aires.


KP: Hopefully the Oregon winter will be done when you get back! We seem to have by-passed spring altogether. You are very fluent in many guitar styles. If someone asks you to describe your music, what do you say?


CE: I would say I have a modern approach to music. We listen to hundreds of styles in just a few days on TV, radio, movies etc... I think audiences get bored with 20 blues songs in a row or 20 classical sonatas in a row. I like to mix it up. Not that I don't love the blues or classical sonatas.


KP: How many albums have you released to date?


CE: I've made ten but I don't sell the cassettes any more - just the last six CD's. 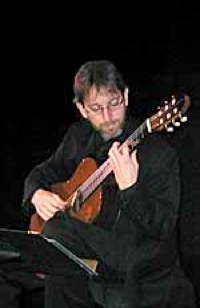 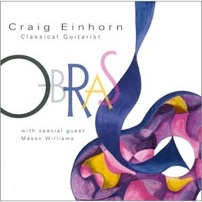 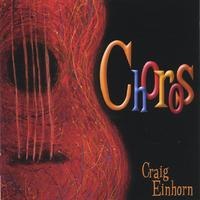 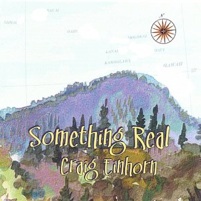 KP: Do you have anything new in the works?


CE: Yes, I just completed a CD called Con Los Porteños with seven Buenos Aires musicians. I sing 14 latin songs in Spanish and translate some into English as well.


KP: That sounds like fun! I know Rebecca Oswald has been producer on a couple of your albums. How did you meet her?


CE: About 10 years ago, I accompanied the University of Oregon Concert Choir on classical guitar. Rebecca sang in the choir at that time and she introduced herself.


KP: Did she produce any CDs other than Choros?


KP: You also have a close association with Mason Williams, a wonderful guitarist I remember from his Classical Gas days as well as his many appearances on The Smothers Brothers television shows. How did you meet him?


CE: In 1999, I was teaching for Lane Community College and I was asked to perform in a concert at the University of Oregon School of Music in which teachers from LCC and the U of O performed separately and together. Mason was in the audience and introduced himself to me afterwards.


KP: What have you collaborated on with Mason?


CE: Mason gave a me a big pile of CD's and sheet music. After I spent many hours recording and visiting him, he decided to help me with my CD called Obras. He plays with me on one of his songs and I recorded four more. This Obras CD is my best seller and most loved. I have had positive reactions from all over the world.


KP: Do you ever perform with him? Do you play “Classical Gas”? or better yet “The Prince’s Panties”? =)


CE: I have performed with Mason live on stage with orchestra and live on radio. I play “Classical Gas,” but not “The Prince's Panties.” I'm not familiar with the latter but I'm sure it’s funny, knowing Mason.


KP: It was on his Phonograph Record album and is about a prince who referred to his dogs as his “panties” because they panted when he ran them hard. The punchline at the end was “And the prince was eaten by his panties.” Pretty funny!

Mason has also had art in the Metropolitan Museum of art in NYC, published poems, won a Grammy and was nominated for nine others. He also wrote for other TV shows and was head comedy writer for Saturday Night Live for a couple of years.

It makes me tired just thinking about Mason's career. 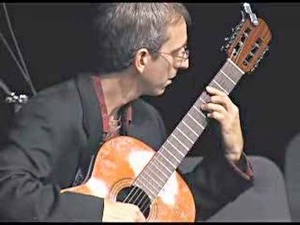 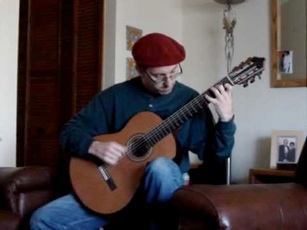 KP: Let’s talk about your background now. Where were you born and where did you grow up?


CE: I was born and raised in Yonkers, NY just outside The Bronx, New York.


KP: Did you grow up in a musical family?


CE: My family was not very musical and as my mother puts it, "Craig is a self made artist." As a matter of fact, my parents never played recordings of music in the house.


KP: That’s kind of unusual! When did you get interested in the guitar and music?


CE: I was first smitten with guitar when I went to summer camp in Monroe, NY. From age 7 to age 13, I went there for two months every summer. Many counselors played guitar and sang. At age 11, I played a friend’s guitar all summer and came home to beg my parents for a guitar.


KP: When did you start studying music and how extensive is your training?


CE: I took guitar lessons for a year when I was 15. I didn't discover classical guitar until I was in college at the State University of NY at Fredonia. I auditioned for the School of Music and was given a conditional acceptance. Four years later, I was awarded a full scholarship to Arizona State Univ. to complete my Masters, which I did just before turning 24.


KP: How old were you when you started composing?


CE: I started composing songs as a teenager but not with much success. In college, once I studied music theory, I started to compose better songs and instrumentals. I hope to compose more in the near future but cannot be considered prolific at this point in my life. One of my instrumentals which sounds very Spanish was published by a Spanish music publisher. 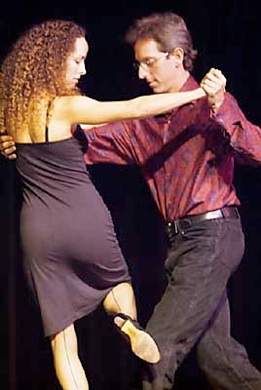 CE: I play many instruments, but also realize that classical guitar is my forte. I also play piano, electric bass, cavaquinho, ukulele, charango, electric guitar, percussion and drums, and I sing.


KP: A one-man band! How long did you teach at Lane Community College?


KP: Do you know John Jarvie? He is a regular in my house concerts series.


CE: I know John fairly well and he is an excellent classical guitarist. We even studied Spanish in the same class once or twice and we both taught at LCC the last year that I taught there.


KP: I’ve read that you also dance tango. How did you get interested in that?


CE: I went to a square dance and at the end, a tango teacher made an announcement offering tango lessons in a home in Eugene, OR. I took her info and took a few lessons. Then I started getting involved in the tango scene in Eugene. Later I played tango for some of the milongas (tango dances) in Eugene. 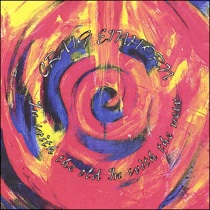 KP: Do you compose music for tango?


CE: I don't compose for tango dance but I do play some tango standards and also lesser known works. I also play and dance, milonga, a livelier and more playful cousin of tango.


KP: And you wrote a book of short stories. Tell us about that.


CE: Well I've written the book, but I haven't published it yet. Now, with digital book publishing, I hope to have it published in less than a year. Many years ago I started writing short stories, one to four pages, that share my extraordinary experiences as musician playing gigs. Some are sad, some are joyful and some are comic.


KP: That should be a lot of fun to read! Who and what are some of your musical influences?


CE: I'm a musical sponge. I absorb what I like and squeeze out what I don't like and hope that my fans will like the result.


KP: Who are some of your favorite musicians?


KP: What has been your most exciting musical experience so far?


CE: Sitting on Mason Williams' couch and having him help me create my solo version of classical gas as I played his guitar, the one he used to record the famous original recording which he won a Grammy for in 1968.


CE: I want to play my country twang version of "The Circle Game" for Joni Mitchell (the composer). I want the famous Argentine songwriter Leon Gieco, to listen to my recording of his song "El Angel y la Bicicleta" and I'd like to meet him. I want to feel healthy!!!!!!


KP: Is there anything else you’d like to chat about?


CE: I'd like to thank you for asking me these thought provoking questions and for organizing your wonderful concert series and including me in the line-up.


KP: It’s my pleasure, and I look forward to seeing you here on June 10! 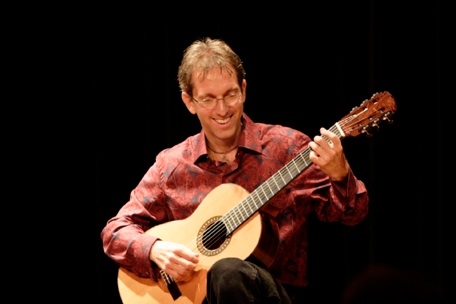 For more information about Craig Einhorn and his music, be sure to visit his website and his Artist Page right here on MainlyPiano.com.
Craig's Artist Page • More Interviews