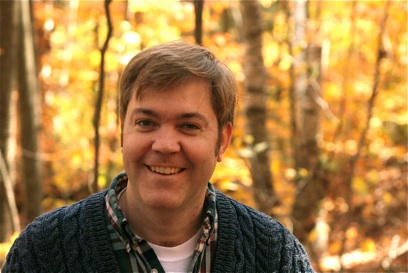 I was first introduced to Dan Kennedy’s music when he sent me his 2007 debut EP, Lantern. Not many artists have their first recordings produced by someone of Will Ackerman’s stature, and I really liked what I heard. There was a five-year wait for Dan’s second release, Intuition, but it was well-worth the wait. Dan approached me earlier this year about making Florence, OR one of the stops on his first tour, and he is scheduled to play here on July 16th. That also makes it a great time to do an interview, so here we go! We did this interview via email the last week of May 2013. 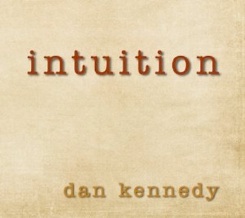 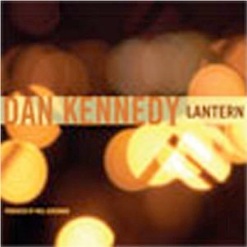 KP: Hey Dan! Has it started getting any warmer on the east coast?


KP: We have only seen glimpses of the sun for quite awhile, too! We’ll hope it’s nice and sunny when you get here on the Oregon Coast in mid-July (hopefully MUCH sooner than that!)! You have your first major tour coming up. Tell us about it.


DK: Well, that's very kind of you! It's only eight shows, but I'm really excited about the quality of the venues. The "Follow Your Intuition 2013 Tour" includes a house concert on the Missouri River where it cuts through Great Falls, MT (7/8); The Tim Noah Thumbnail Theater in the Seattle area (7/13); your place in Florence, OR on the 16th; The Willits Community Theatre in northern California (7/19); and a place called Avonova in Oakland, CA where participants are invited to pick strawberries on the roof during intermission (7/21)! There are also more down-to-earth places such as a pizza place in Talent, Oregon called The Grotto, so I'm hoping they've got good pizza and that I get to try some (7/17)!


KP: I’m really looking forward to meeting you and having you play here! Have you ever been to the west coast?


DK: I am looking forward to meeting you as well. You have been one of my biggest supporters from the get-go and I'm grateful for that. I have been to Washington and California, but never to Oregon. I am particularly interested in seeing the coast of Oregon.


KP: It’s spectacular, so I hope you have time to really see and experience it. Are you working on your third album yet?


DK: I am planning an album tentatively called Bloom Road with some classic New Age solo piano pieces mixed with more up-tempo Contemporary Instrumental numbers. I'm thinking early 2015, but you won't hold me to that, will you?


KP: Nope - you’re free to make whatever adjustments you need! Okay, let’s find out about your background and early life. Where were you born and where did you grow up?


DK: I was born in Medford, Massachusetts and raised in Bedford, Massachusetts. Yes, I realize that rhymes. Bedford was a sleepy town where the big draws for me were the candy store and Dorothy Ruth's Cosmetics. Bedford had its own chapter of the "Minutemen," who performed re-enactments of Revolutionary Era events. One steamy Columbus Day Parade I remember being dressed in a wool jacket and leather shoes, pushing a cart of chickens up the Great Road.


KP: How colorful! I have to ask why the cosmetics store was the other big draw for you!


DK: Well, not so much for the mascara but really for the books; Dorothy Ruth's was the only bookstore in town!


KP: Ahhh! Are any other members of your family musicians?


DK: That is an interesting question. My mom was a violinist and played in the all-high school orchestra in Milwaukee. My sister Kate was a drummer and definitely taught me how to rock a drum-set. My dad is the well-known poet X.J. Kennedy. He could not read music if his life depended on it, though he often sings in a wavering baritone during his poetry readings! My brother Josh is a Beatles expert, having published articles on the Fab Four. He was as excited as I was to find I was working with drummer Steve Holley of Wings fame while I was recording Intuition. Steve used the actual Beatles tambourine and claves, which was unbelievable. 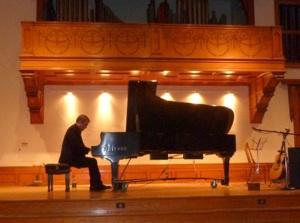 KP: It sounds like a very creative and artistic family! How old were you when you started piano lessons?


DK: I started piano lessons when I was 12. I was always inventing new pieces, my hands stirring up and down the keyboards while my teachers introduced me to Schubert and Mozart. While learning the tradition, I was certainly keen to invent at every step. In the 1830s and 1840s, all piano students were expected to improvise at their recitals! I know in my bones that New Age piano music is descended from the Romantic piano music of the 1800s. Okay, and with a sprinkling of Jazz and Folk tossed in.


KP: Did your teacher(s) recognize you as a gifted musician?


DK: I'd like to think so. I have been lucky in that I have had many wonderful teachers. I can't state enough how much impact a music teacher can have on a kid's life. For better and for worse, I suppose.


KP: Were you encouraged to improvise or compose by your piano teacher(s) or anyone else?


DK: Kathy, again, that's a good question. My teacher in high school, Mr. Ball, did not specifically encourage me to improvise and compose, but once our scales, arpeggios, and pieces were completed at the lesson, he would often sit back and simply listen to my newest compositions. He was very encouraging to me in this way.


KP: That’s really good to hear. So many teachers are completely “by-the-book” and stifle the creative aspect of music. I was not allowed to improvise, so I can’t do it. Really ticks me off! Do you play other instruments?


DK: I can play percussion a bit. I'm sure Will Ackerman wished I didn't by the time I got to the studio! 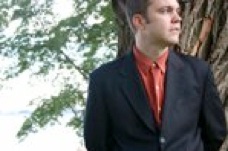 KP: Why do you say that?


DK: I've had to work hard on my tone and my touch -- and I feel good about the tone and balance I achieve -- but to this day when I get really into the music I still love to rock out a bit.


KP: How did you come to work with Will Ackerman on Lantern, your debut? Do you plan to work with him again in the future?


DK: My sister Kate was living in Western Massachusetts at the time and ran across Will's number (in southern Vermont). She told me to call him. I sent a demo CD and Will apparently liked what he heard. Some of what I do fits into that classic New Age sound. I'm definitely hoping to work with Will again.


KP: Did you record Intuition at Imaginary Road, too?


DK: No, Intuition was recorded at Kakinoki Studio in Pennsylvania with Corin Nelsen at the helm. Corin is a gifted producer and engineer as well. I always feel very well "taken care of" in the studio when I work with Corin. It's really a blast. BTW Corin worked on Lantern as well.


KP: He’s done some amazing work! Do you perform in concerts very often?


DK: As often as possible. When I perform live, the audience can affect what happens onstage when they get into it. A recent concert at Nordica Auditorium in Farmington, Maine exploded higher and higher because the audience was tuned in and enjoying it. 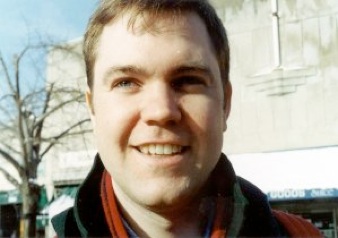 KP: That has to feel really good! Your playing is amazingly versatile. Have you always had an eclectic taste in music?


DK: Thank you, absolutely. I have always appreciated that there is great music in every genre...the "5% Rule."


KP: I couldn’t agree more! Do you have sheet music for any of your pieces?


KP: Was your musical training in classical music?


DK: I was a composition major at Oberlin Conservatory. So while I was composing string trios and chamber orchestra pieces, I was also playing New Age piano concerts in the Cat-in-the-Cream Coffeehouse. It was a particularly wonderful time for me -- the late 1980s.


DK: When I went to list my influences, there were around fifty, so I really don't know where to start. I do want to brag a little bit in this way: I was playing New Age piano music even before I heard George Winston, W.A. Mathieu, or Scott Cossu. How arresting and inspiring to hear them for the first time.


KP: Scott will be playing here for the third time just a couple of weeks after you (7/27)! I’m convinced that new age is a genre that was just waiting to happen. That so many composers and musicians embraced that style of music in the later 1980‘s and 1990‘s couldn’t have been an accident. I just wish it had been called something other than “new age”! What inspired you to start composing your own music?


DK: I'll wax mystical here in that I've repeatedly had the experience where I was not composing the music, but rather the music was composing itself. Composing is truly an ecstatic experience. 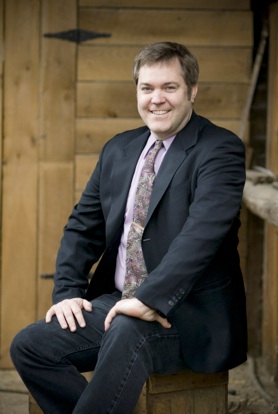 KP: Have you done any composing for films and/or TV?


DK: No, but here's my email address if anyone wants to contact me....!


DK: Honestly, it was probably my first standing ovation - one from an audience where they were completely "dialed in" during the concert. What a privilege!


DK: No, I certainly don't tell people what to think, although I do have a feeling that Ram Dass's sentiment "Be Here Now" was pretty much right on target. We as people have everything we need in the moment, and I risk using simple melodies and chord changes to reflect this. But, if I may add, "simple is not simple."


KP: I agree. The fewer the notes, the more vital expression is, and playing from the heart is more difficult than playing a lot of notes. Who are your favorite composers?


KP: Another very eclectic group! Love it!!! If you could have any three wishes, what would they be?


DK: That wars be decided through musical competitions, that hunger be eradicated through
naturally occurring surpluses, and that every town in America had a concert house with a grand piano!


KP: Those are great! Besides the tour, what’s up next for you?


DK: I will turn my attention this fall to composing, performing, and playing out, especially house concerts. I feel that house concerts represent the future of American music. House concerts remind me of the salons of Paris of the 1890s. You don't need to be a music expert to host one - you just need a piano - and some chairs!


KP: And some friends to invite!


DK: Yes of course, thank you for pointing out the most fun aspect of these things!


DK: I've dipped my feet into videos. I have a live video "Dan Kennedy (Live) In Concert" and an art video to "Could Be." Both were directed by the filmmaker Garret Harkawik. youtube.com/user/dankennedypiano.


KP: Thanks, Dan! We’ll see you in July!
For more information about Dan Kennedy and his music, please visit his Artist Page here on MainlyPiano.com and also his website.
Dan's Artist Page • More Interviews