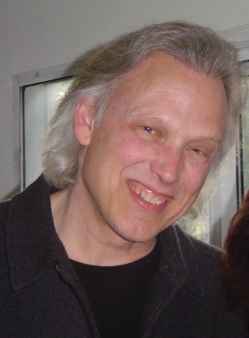 KP: Hi David! Well, you’re still full of surprises after all these years! After a couple of releases on your own Sound Traveler label, you are once again with a new label. That’s a bit of a surprise in itself, but Shanachie Records is known for jazz, roots, rhythm and blues, world, and folk music. How did this come about?


Lanz: I was actually approached by Shanachie. I had one long conversation with their head of A&R and then we went ahead and drew up an agreement that was very fair. It just seemed to be a good fit for both of us, and frankly, I was glad to have the work of distributing and getting the music out there off my plate!


KP: Were you actually looking for a new label or did you originally plan to release “Painting the Sun” on Sound Traveler?


Lanz: I was planning to release it like the last couple of CDs on Gary Stroutsos’ and my private label, Sound Traveler. Having Shanachie come in was a happy surprise however.


KP: I understand that Shanachie didn’t request any changes to the music on “Painting the Sun” and that even the artwork was completed before Shanachie saw and heard the CD. Will you have full artistic control on future projects as well?


Lanz: They were happy with the artistic choices I had made, and only requested that I put a photo of myself on the back cover. They sensed that I had a good feel for my work and my audience, so they let me run with the ball. We are on a wait and see basis, but I see no reason not to do another project with them.


KP: Quite a bit of the music on “Painting the Sun” is even more fluid than usual and is somewhat more experimental than your earlier recordings. Was a lot of this music improvised in your home studio?


Lanz: I did have the freedom to improvise and really take the time to hone the new material in the context of my home studio. This of course takes the pressure off from being in a recording studio where the clock is ticking and the bill is mounting up. :-) I was able to do multiple takes of the same songs, and I did leave room for improvisation within the framework of the composed pieces.


KP: I can’t wait for the sheet music for “Her Solitude”! It takes me to the same place as “The Visitor,” which I still dearly love from your Grammy-nominated “East of the Moon” album. Does Hal Leonard have a target date for the release of the companion songbook for “Painting the Sun”?


Lanz: Hal Leonard is already moving ahead on the new songbook, and I wouldn’t be surprised if it is available by year’s end. Christmas is coming you know!! :)


KP: You told me not too long ago that you moved out of Seattle to be in a quieter environment to slow down a bit and possibly move toward retirement, and yet you seem to be more creative and active than ever. What happened?


Lanz: Some of the activity of my CD release schedule was dictated by material I already had in the vaults (“A Cup of Moonlight”) and by my reunion with filmmaker Jan Nickman (“Living Temples”). It also seems that my live performances and workshop events are still in demand, and it is hard for me to say “no” when the muse calls (“Painting The Sun”). So there you have it!


KP: You have become very active with Whisperings Solo Piano Radio, participating in many of their concerts. I know you usually prefer to perform alone, so what led you to become a part of this group of pianists?


Lanz: The Whisperings Solo Piano Radio phenomena was very intriguing, especially in light of the all but nonexistent airplay now for solo piano music on terrestrial radio. David Nevue has really energized the solo piano community across the country, and I was more than happy to throw my hat into the ring. I have elder status in this group and am happy to have them use my name to bring awareness to the live shows which give the other pianists a chance to play for piano fans that normally they would not. It has also given me a chance to revisit areas of the country that I have not been to in awhile (which the fans love) and perform with great pianists - of course having a bit of fun along the way.


KP: I noticed on your website that you are now offering personal coaching to upcoming pianists - another facet to your illustrious and legendary career! How did you come to start this?


Lanz: Coaching is something I have done for years, unofficially. I just thought I would make it more available.


KP: Are you getting much of a response to it?


Lanz: It has been a bit slow to start. I expect our economy is partially responsible for that. I am happy to keep my coaching available for the serious pianists out there who may find a bit of wisdom from one who has almost seen it all! :-) Coaching also comes into play in my workshops, and I do occasionally give a private lesson here and there.


KP: What would someone expect to have happen in one of your coaching sessions? 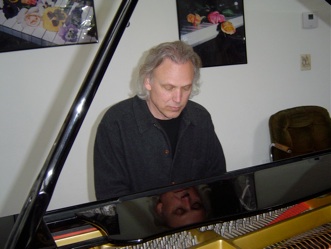 Lanz: I have them prepare a list of questions and submit an example of their playing - in most cases, this is an original composition. The coaching is done over the phone and via email. An hour-plus phone conversation usually answers their questions, and I give feedback and suggestions on their piano technique and composing. I can give them a lot of information based on hearing a sample of their playing. Using email for follow up questions is also helpful.


KP: You are also doing some three-day seminars. Just generally, what goes on, and who participates?


Lanz: These events have been held in the beautiful home and retreat-like setting of Madame Sandra La Fond-Zegzula, who is a piano teacher I have worked more in the workshop format with her many students over the last five years or so.

It was her idea to open her home to these longer, more intimate events, which include gourmet meals, long group conversations around the philosophy of music, composing, and the piano. I also go one on one with each participant (usually only 6-10 folks per event) giving them private lessons based on their skill levels. I work with them on their composing, often offering suggestions on specific pieces, and give them a good dose of coaching and focusing on their individual goals. They also get a private concert or two!

We have info at my site if any of your readers find this interesting. Another of these events is planned for early October.


KP: Do you have a lot of concerts coming up?


Lanz: I have just returned from shows in Milwaukee and Chicago and am off to Denver for several events next week. My schedule seems to be balanced between concerts and workshops. I am even doing an ongoing class at the local community college near my home - Professor Lanz! :-)


KP: Are you still doing some of Victor Borge’s routines in concert? I was so thrilled to see the reaction from kids in the audience when you started doing some of his bits - it took me back to seeing Borge on TV as a kid myself!


Lanz: My tribute to Victor Borge lasted several years, then I retired it as other material took over. But that being said, his routines are so classic, that I may have to brush them off and bring them back to my live show again!


Lanz: I just wanted to say how happy I am to have the support of you and your students for all these many years, and I look forward to more of the same in the future!

To learn more about David, be sure to visit his website or his Artist Page here on MainlyPiano.com!
David's Artist Page • More Interviews