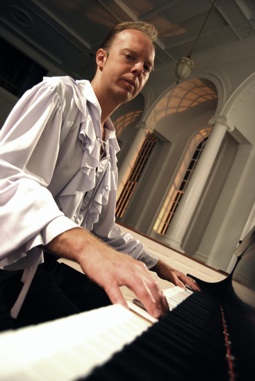 Donovan Johnson will be doing a tour of the Pacific Northwest in March, including a stop here in Florence, OR. I’ve been listening to Donovan’s music for a couple of years now and am really anxious to meet him! Here is an interview with Donovan so you can get to know him better, too!


KP: Hi Donovan! I’m getting really excited about your concert here on March 22nd! What do you have planned for us?


DJ: I'm resisting the temptation to say something really comical, so, I'll give you a straight answer to this question. I'll be performing a concert of original piano music, most of the songs from my previous four albums. That being said, I will be showcasing several songs from my upcoming recording, Infinite Beauty. These songs haven't yet been played in public, and my tour to the Pacific Northwest will be the perfect opportunity to debut them. These concerts are really a lot of fun, and I think "fun" is an important element to include. Too many pianists (especially the classically trained) try to maintain a serious and focused composure. While that's fine, I think a relaxed atmosphere, where I have the chance to get to know my audience in an honest and heartfelt way, speaks much more to my style and personality. I also explain each piece and where it came from, what my thoughts were when writing it, etc. It helps the listeners to better understand what it is that I do, and why I do it.


KP: That sounds great! One of the beauties of house concerts is that the artists can really let their hair down and have some fun. We’ll have a great time! Where are some of the stops on your upcoming tour?


DJ: I'll be performing in Spokane WA, Seattle WA, Tacoma WA, Hillsboro OR, Eugene OR, your place in Florence, OR, and Redding CA. 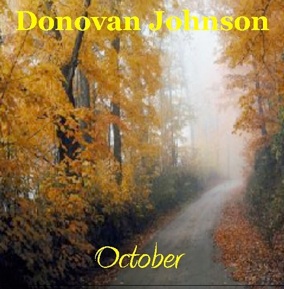 Click on the album covers to read Kathy's reviews. 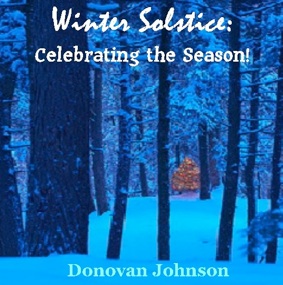 KP: Your most recent album, October, was released in 2011. Tell us about it.


DJ: October was an album that I put a lot of myself into. It's different from the others in several ways. Pieces Of Life (2008) was my debut album, and while it's still precious to me, stylistically I've evolved. Winter Solstice (2009) is a holiday album and was experimental in the way I put it together. It has some really great moments, but it's seasonal. Road To Home (2010) I'm extremely pleased with. This is an album that takes the listener on a journey through life from birth to the end. Musically it was entirely solo piano or solo piano with pad/string underscore. October is a more aggressive album than any of the others. It has a higher energy and demands more from the listener. A number of the pieces were written for ensemble as opposed to solo piano. Here in Omaha, I hire a trio when I perform for that reason; I want the listener to be able to grasp the full effect of the music as it was intended to be heard. When I was writing October, I was going through a lot of transition. Several of the pieces reflect this sort of chaotic nature that was a part of my life at that time, and they've made some really great works of art.


KP: Tell us some more about your upcoming release.


DJ: As I mentioned earlier, I'm currently recording a double disk set called Infinite Beauty. This recording is going to be a complete project, from the double disk set to a sheet music publication, to a DVD, all available to buy separately or as a set. It's been quite an undertaking, and I'm eager to see what becomes of it when it's finished. Currently we're looking at the year's end as a completion date (2013).


KP: When did you start Enlightened Piano Radio, your internet radio station?


DJ: Enlightened Piano Radio is a fairly recent endeavor. I started the radio station in Feb. of 2011, so we're moving into our second year. I'm extremely pleased with where we're at currently, and where we're headed. Our roster of artists is full of some really great people who are working hard to create and perform this great genre of fresh, original piano music.


KP: How many artists are on the station?


DJ: There are currently 48 piano artists signed onto our roster. 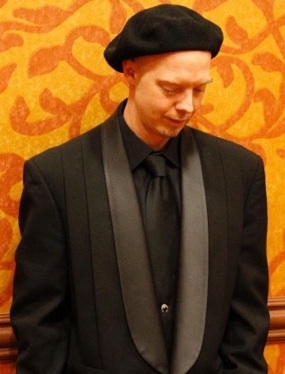 KP: Tell us a bit about your early life.


DJ: I grew up in Forest City, Iowa, which is in the north central region of the state. I was a farm-kid and was accustomed to enjoying the outdoors from a very early age. We had livestock of all kinds, so I was surrounded by animals as a youngster as well. It was a very rural lifestyle, and I enjoyed it. My love for music and nature was there from a very early age, and today the natural world still plays a huge part in my writing.


KP: Are any family members musicians as well?


DJ: I have one brother, Nicholai. He's a guitar player here in Omaha.


KP: When did you start piano lessons, and how long did you take lessons?


DJ: I began taking piano lessons at age 7, although I had been pounding out melodies on the piano since about age 2. My piano lessons continued throughout my school years and into college. I attended Waldorf College in Forest City IA, and later transferred to The University Of Nebraska At Omaha. While living in Omaha, I began networking extensively and discovered that I could work as a musician right here! My phone began ringing. Calls for weddings, bands, and stage concerts were coming in constantly. Later, I would begin on my path to the New Age piano movement as well.


KP: When did you compose your first piece?


DJ: My first real piece was composed when I was 19 years old, and appears on Pieces Of Life. I wrote a number of other pieces at that time, most of them in a "pop" style that I would later abandon as I re-discovered my passion for contemporary piano. 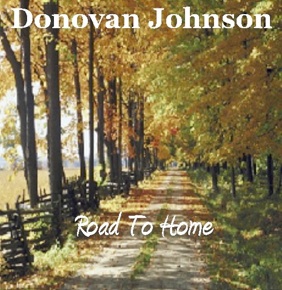 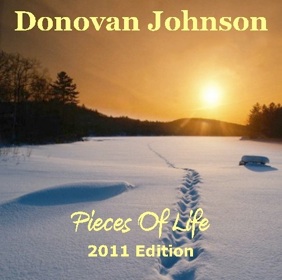 KP: Do you also teach piano?


DJ: Yes I do. I average about 30 students at any given time.


KP: I maxed out at forty-five students a week in CA. Just about killed me! Are you able to make a living with just music?


DJ: Yes. It's a lot of work, but between the radio station, teaching, weddings and other "gigs," and my church music director position (Unity of Omaha), I'm able to make it all work.


KP: Doing a variety of things within the music field seems to be the answer. Who and what have been some of the major influences on your music?


KP: What inspires you to compose?


KP: Do you have sheet music for any of your pieces?


DJ: I'm currently creating a database of original sheet music. This has been a recent development in what I do, so I don't have a complete collection at this time, but I do have some pieces that are available to the public. 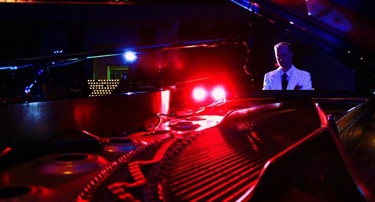 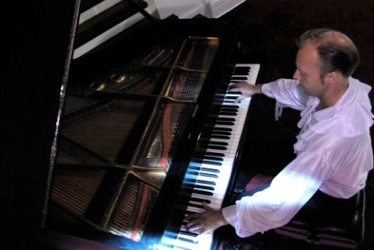 KP: Is there a particular philosophy that you try to convey in your music?


KP: I like that! What has been your most exciting musical moment or experience?


KP: Amen! Thanks, Donovan, and we’ll see you in a few weeks!

For more information about Donovan Johnson and his music, please visit his website and his Artist Page here on MainlyPiano.com.
Donovan's Artist Page • More Interviews