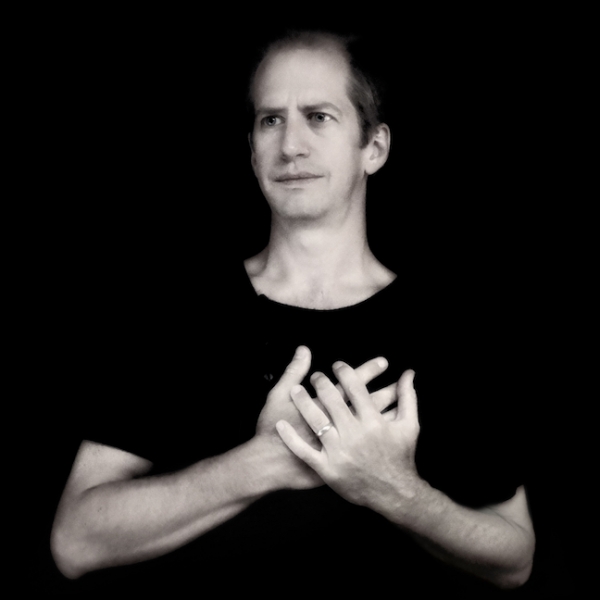 Pianist/composer Doug Hammer blew everyone out of the water with his 2011 album, Travels, so expectations were running really high for his Heart album, which was released in late 2013. Doug was already recording the music for Heart when the Newtown tragedies occurred, and those events affected Doug like nothing else in his lifetime. Needing to do whatever he could to make things better, Doug composed six beautiful new pieces and included them on the album. In this interview, we very specifically discussed this album and the origins of the music. We did an interview in 2011 where we talked more about his life and background. This very candid interview gives insight into the music as well as the heart of Doug Hammer.


KP: Happy New Year, Doug! Are you staying warm back there?


DH: It's balmy 7° here in Boston (laughs). I grew up in Chicago and later moved to Boston so I'm used to the cold.


KP: We did an interview a couple of years ago about your Travels CD, but your newest release, Heart, really merits an update. Tell us a bit about your inspiration for the album. 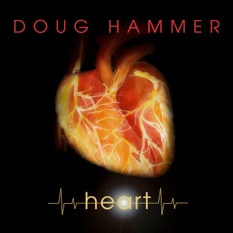 Click the album cover (above)
or book cover (below) to read the reviews.
All the other album covers on this page
link to the CD reviews. 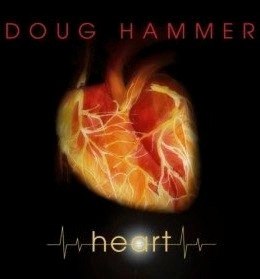 DH: Well, I wanted to create an album that really explored the full spectrum of the human heart. Something very emotional with all of the highs and lows that we experience in our lives. I think we are mainly emotional beings.


KP: Why did you decide to call it Heart?


DH: Because that is the center of our emotions. Our core. What makes us human.


KP: Newtown happened when you were already recording the new album and six of the tracks are a direct result of that tragedy. How would the album be different if Newton had NOT happened?


DH: It’s hard to say, but I think it still would have been a very emotional album. I think deep feelings and emotions would have come through in the music regardless. But it wouldn’t be as intense as it is, although the songs belie that, being light and gentle, which was my way to combat that tragedy, by putting positivity out there. And I did not intend to write all of those songs about Newtown, just the one. I realized later what the songs were about.


KP: Since Newtown and the Boston Marathon bombings were so close together and such a horrible, painful time, it seems like the music on Heart would be dark and depressing, but it isn’t. How did you keep a positive attitude in the music when the inspiration for a lot of it was almost unthinkable?


DH: My dad gave me great advice growing up. He once told me, "Nobody wants to hear the 11 o'clock news set to music.” It hit me so hard that I felt I had to do something, anything to make things a tiny bit better. I did not want, in any way, to add to the negativity. My tools were music and love, so this music came through me and I later realized what the songs were about. It was a very conscious decision to compose music in major keys and keep it light, even though the inspiration for them was unthinkably bleak.


KP: You mentioned in the videos of the stories behind the music that no other event outside your personal life has ever affected you as much as Newtown did. Why do you think it affected you so profoundly?


DH: It pushed all my buttons. All of them. I’m a father with two boys who were nine and seven at the time. It was the perfect storm for me, working on Heart. I am hypersensitive to anything that happens to children and I think there is a deep, deep reason for that. Not in my history, but something beyond that. And it is affecting this life right now, spilling into it.


KP: The story behind “Arielle” is incredible. Can you tell it again? 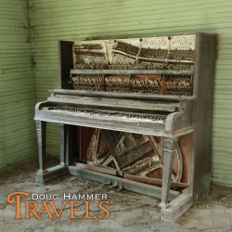 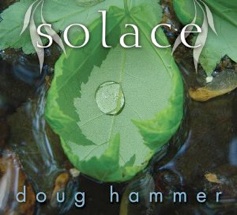 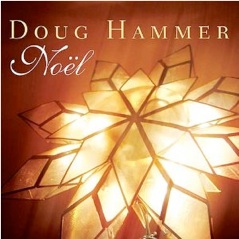 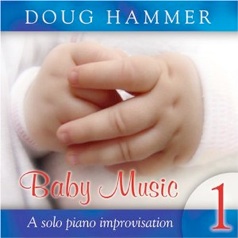 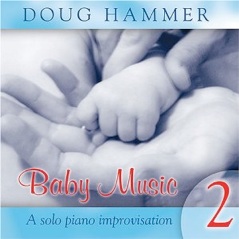 DH: There was one boy from Sandy Hook who inspired a number of these songs. I think that’s because of similarities to my boys and I couldn't focus on each and every one of them. It was just too much. So I had been in contact with this boy’s father who shared some pictures and a video of a little girl pushing her brother on a swing on a beautiful day in a park. These images haunted me. She not only lost her twin brother but her best friend and soulmate. I could tell looking at pictures of both of them together how close they were, she’d always lovingly have her arms around him. This broke my heart. I had to do something real and concrete and try to directly affect her life in a positive way. So I wrote a song for her and picked a beautiful day and a beautiful moment with a gentle song in 3/4 time in a major key. I wanted her to know that there was still goodness in this world, from complete strangers.


KP: Twins have such an incredible bond, and I hope so much that she is able to recover from her loss and lead a rewarding life. Has she heard this song?


DH: I sent a package of CD’s and sheet music to the parents. I wanted them to see all the notes that make up her song. They’ve heard the album. I don't know if she's heard it but I hope one day she does.


KP: I also really enjoyed your story behind “Spinning Sky.” What is it about?


DH: That song started out as “Seattle Sky.” I was doing a house concert in the Seattle area at Joe Bongiorno’s and as I was warming up on his piano, I recorded a little ditty that just surfaced. I later worked on this idea and sped it up and it reminded me of those time-lapse movies of stars streaking across the night sky. So for me it's this dizzying feeling of being in love, with everything else blurring around you.


KP: Speaking of love, “Your Face in the Moonlight” is a beautiful love song. What’s the story behind that one?


DH: I wrote that for my wife. She's originally from Brittany, France and we tend to vacation there in the summer. The light is so beautiful there and the moonlight and stars are even prettier. I wanted to evoke the softness of that for her.


KP: “A Piece of Home” is the only song on the album with lyrics. Where did it come from?


DH: Home is a subject in many of my songs. I have been blessed to have such amazing and loving parents. They celebrated their fiftieth anniversary in 2012 and I wanted to write a special song for them. It sums up how I feel about them.


KP: How and why did you choose “I Will Always Love You” as the only cover song on the album?


DH: I thought it fit perfectly. I grew up listening to a lot of great music from my Dad’s record collection. Benny Goodman, Broadway and Classic Country like Merle Haggard and Dolly Parton. I’ve always loved her version and also wanted to honor Whitney’s talent. So I kind of put the two versions together and added my own stuff as well.


KP: I know it’s much more difficult to get sheet music rights for songs by other people than it is to get recording rights. Were you unable to get permission to do the sheet music of your arrangement of “I Will Always Love You”?


DH: Correct. It is not available unfortunately. If that changes, I will add it! :)


KP: What does the title “Shine Like the Stars” refer to?


DH: To those twenty-six Angels from Sandy Hook. When I was in Newtown for an event last March, I went to a place called Healing Newtown. There was a lot of beautiful artwork of stars and angels and that's where the title came from. I had been working on the song a bit before that. There are twenty-six stars on the roof of the firehouse as well. I wanted to make the piece as ethereal as possible, with their presence above us looking down.


KP: “The Chimes Are Ringing” is kind of different because it seems more celebratory. What’s the story behind that song?


DH: I wrote that song for Newtown and Boston. I wanted a song that was triumphant. I was inspired by all the ways people were helping and all of the goodness and love that came out of these tragedies. It's about the triumph of the human spirit, which is unbreakable. I wanted that feeling of every steeple bell ringing, a joyous celebration of all that is good in this world.


KP: Are you on to the next project now?


DH: I usually like to take a bit of a rest after an album project to just clear the slate. I don’t like to be in production mode all the time. That said, I have been working on something new and have plans for two albums this year. :)


KP: Oooh! Goodie! Can you give any hints about what’s next? 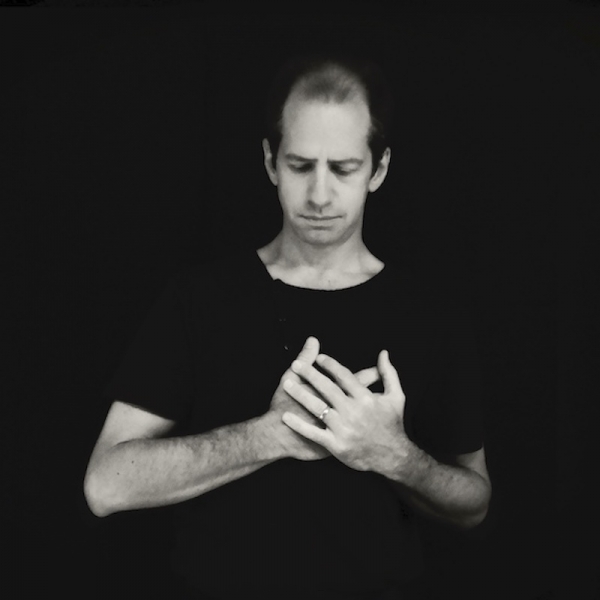 DH: It’s top secret (laughs). I love keeping you all in suspense! One album is entirely different and a collaboration and like nothing you’ve ever heard. And we checked Google and YouTube (laughs).


KP: Must be the long-awaited duet albums with Weird Al Yankovic and Justin Bieber! Do you have any concerts coming up?


DH: Yes! I’ll be in sunny and warm California soon for two amazing shows. One with fellow piano artists Christine Brown and Joe Bongiorno in Encinitas on Friday, January 24th and the Whisperings All-Star Concert and Awards Ceremony in Costa Mesa on Sunday, January 26th. I’ll be one of fifteen piano artists performing in this wonderful concert - not to be missed!


KP: I wish I could be there! Any chance of getting you to come to Florence, OR anytime soon?


DH: I am working on that possibly so stay tuned…


KP: What else is coming up for you?


DH: I’m planning a number of tours this year all over the country, including New England. I’m so blessed and fortunate to be able to make music and perform and meet new fans and artists from all over. 2013 was an amazing year for me and it keeps getting better and better. Onward to new music and experiences!
Many thanks to Doug Hammer for taking the time to chat with us! For more info about Doug and his music, please visit his website as well as his Artist Page here on MainlyPiano.com.
Doug's Artist Page • More Interviews