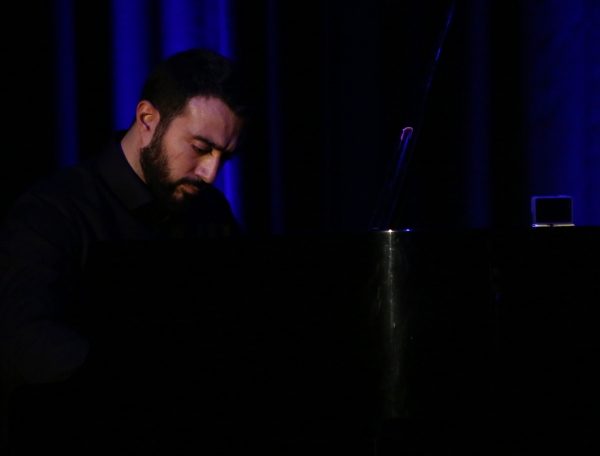 When I started MainlyPiano.com in 2008, I honestly had no idea that it would introduce me to artists from all over the world! This is incredibly exciting and proves once again that music is the universal language. I’m reasonably sure that Elias Haddad is the first artist I have reviewed or interviewed from Lebanon. I reviewed his second album, Visions, about a month ago and love it. The music is a combination of solo piano and piano with cello, and the pieces are varied but always emotionally expressive. I’m sure Elias is new to many of you, so it is with great pleasure that I introduce Elias Haddad!


KP: Hi Elias! How are things in Beirut today?


EH: Hi Kathy! These days things are good in Beirut and it is slowly but surely regaining its glory prior to the civil war that devastated it decades ago.


KP: I’m so glad those days are over although the world is still far from peaceful! You mentioned that you will be visiting Canada this year. Will you be performing? Where? When?


EH: I will be visiting Canada by the end of the year. Mainly Toronto, but possibly Montreal. I will perform there but haven’t booked a venue yet. I will tour Europe before (spring and summer).


KP: I recently reviewed your second album, Visions, and really enjoyed it. How is the album doing? 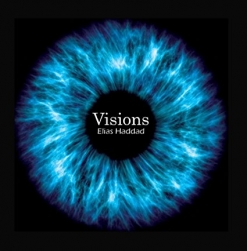 Click on album cover to go to Kathy's review.

EH: Yes, thank you for this wonderful review. The album is doing great. People have responded well to it and what I like about it is that it speaks to people from all ages and from all musical backgrounds. When I had a concert on the 20th of January, I played most of the Visions pieces and I really felt the magic of the audience. To be honest, I felt connected to each and every person who was there. I wish words could describe this connection.


KP: That has to be a really wonderful feeling! Do you have any plans yet for a third album?


EH: Yes, of course. However I did not set a time frame yet for it. I will possibly start recording by the end of this year. I am currently working on the piece “Illusions” from my latest album. What I am doing is arranging it for full orchestra. I’m almost done with the transcribing. Then I will get it proofread of course and it will be ready for recording. This piece is very dear to me, as it projects a variety of emotions within me from calm and dark to strong and powerful, while preserving a magical vibe throughout.


KP: You recorded a video of the title track from the album live in Jeita Cave in Mount Lebanon. How did that come about?


EH: I am a big fan of this grotto. I visit it at least once or twice a year. Filming it is one thing, but being inside it and better yet playing the piano in it was one unforgettable experience. The mix of natural reverb inside the grotto alongside an old upright piano from the 60’s with its wonderful overtones and warm sound was a perfect combination. To answer your question, I had to get an authorization from the company managing the grotto, and the Ministry of Tourism here in Lebanon. It wasn’t an easy task, but I was lucky to have this permission.


KP: It must have been “fun” getting the piano down there! Did you have to move it yourself?


EH: It was not fun at all! Hahah… I had piano movers move it there. I worried they would slip and my dream of filming there would be shattered. Haha. Luckily, all went as planned. Another challenge was the humidity. I had a piano technician on the spot ready to tune it whenever it got slightly out of tune.


KP: Here is a link to the video. Okay, let’s find out more about your background. Where were you born and where did you grow up? 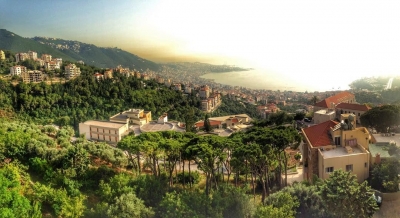 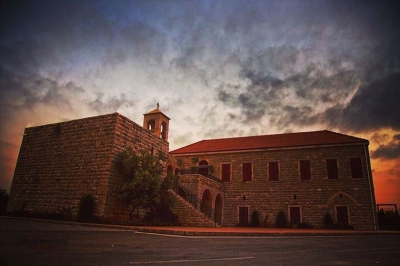 
EH: I was born and raised in Ghazir, Mount Lebanon, an ancient Eastern Mediterranean town overlooking the green mountains and the light blue sea.


KP: Do you come from a musical family?


EH: Luckily, I do not. We would have had wars over who would get to play the piano! Haha! It is a good thing my parents decided to teach me piano though.


KP: Do you play other musical instruments in addition to piano?


EH: Yes, the guitar. I love it because it helps me discover another side of music.


KP: How old were you when you started playing the piano? When did you start piano lessons and how long did you take lessons?


EH: Six years old, and I took lessons with a private teacher until I was 12.


KP: Were you encouraged to improvise or compose by your music teacher(s) or anyone else?


EH: Composing and improvising came naturally after I learned the basics of music. Learning chords and scales gave me enough basic knowledge to continue the journey with my only tutors being the piano, my ears, and my never-ending thirst for knowledge. My mother played a big role in encouraging me to keep improvising and composing.


EH: Maybe thirteen years old. There were many tunes before, but not a full piece. 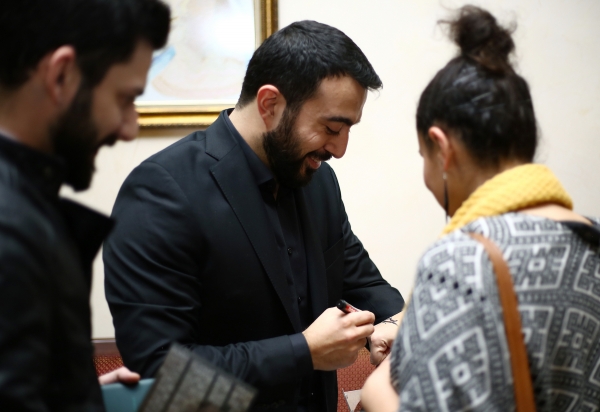 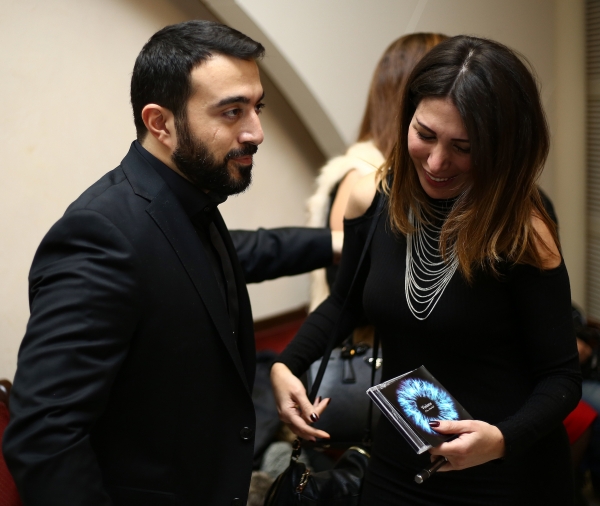 With fans
KP: Do you teach piano lessons?


EH: Only to a selective few who want to learn improvising and improving technique on the piano. I do not teach in a traditional way. I like to write down repetitive exercises that include scales and arpeggios in multiple rhythms and forms. I find this is a very efficient and fast way to improve technique and to understand the map of the piano.


EH: I was an economics and finance major.


KP: What inspired you to start recording your music?


EH: It came as an overwhelming calling or need. I cannot explain it. It just took over my mind, and since that day I have been enslaved to composing, recording, and performing music.


EH: Since November 2016. I have to say it is a wonderful musical family. Thank you, David Nevue for this opportunity.


KP: It is definitely a musical family and David has done an incredible job with bringing his vision to life! Do you perform in concerts very often?


EH: I am planning to perform a few times a year. I have many fans in Europe (Italy, Spain, France, and Germany), so the plan is to make a tour performing in venues there by summer. I will also be performing in Ehrbar Hall, Vienna in August. Last month, I was awarded a solo piano composition award by The Golden Key Festival and I will be performing in Vienna after I receive the award. 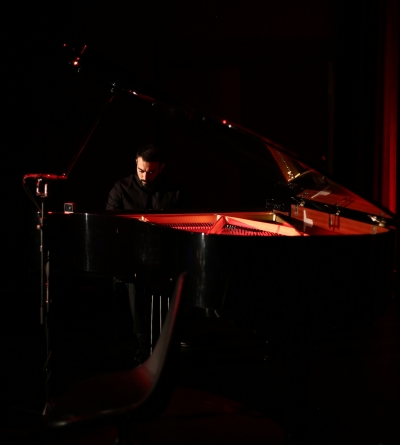 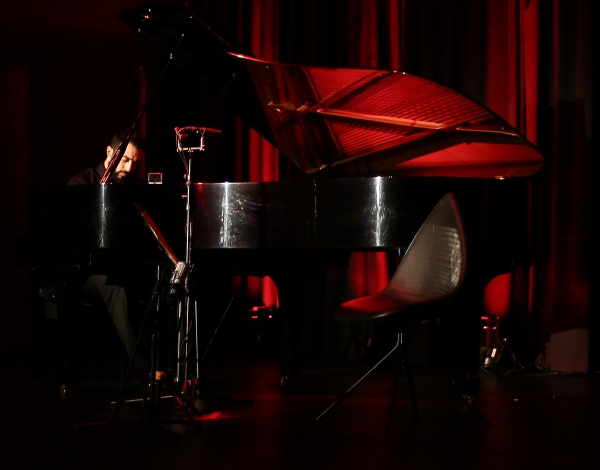 KP: Congratulations on the award! Who or what are your biggest musical influences?


EH: My influences come from a mix of backgrounds. I listened to a lot of progressive rock and metal music as a young adult. The polyrhythms and musical freedom they have is very impressive. I am directly influenced by this approach. Also Philip Glass is a major influence of mine and you can see traces of Glass’ minimalism in my music. I enjoy listening to Chopin and Rachmaninoff a lot as well.


EH: The magic of music and its powerful effect on my soul inspired me to transform my improvisations (that were based on a lot of film music at the time) into compositions. I remember arranging themes from movies on the piano. Soon after that, I started transforming my thoughts into original themes. It is something we are born with, I believe.


KP: Have you done any composing for films and/or TV?


EH: Some of my music, much of which is unreleased in albums, was licensed for ads and documentaries. I would love someday to do a custom piano and orchestral score for a dramatic film.


EH: I remember I was performing in a train station in Paris. During this performance, some improvisation was being transformed into a piece of music and I was repeating it hypnotically. I looked to my left and there was a young girl sitting there. Her hair was short and she was in a white t-shirt and blue jeans. The look on her face - her eyes were glowing in a way I have never seen before. She was one with me and the music, and seeing her in that state gave me a rush of euphoria and happiness and deep human connection. I live and breathe music to see more of those faces.


EH: I do have a philosophy but it is hard to explain it. I try playing with rhythms in a way that each hand is in a completely different rhythm than the other, but at one point in time, after several bars, they will intersect at point 0 again. Just like in the universe, and how the planets turn around themselves and around the stars. At some point in time they will all meet at point 0 and the perfect harmonic dance will start over again. 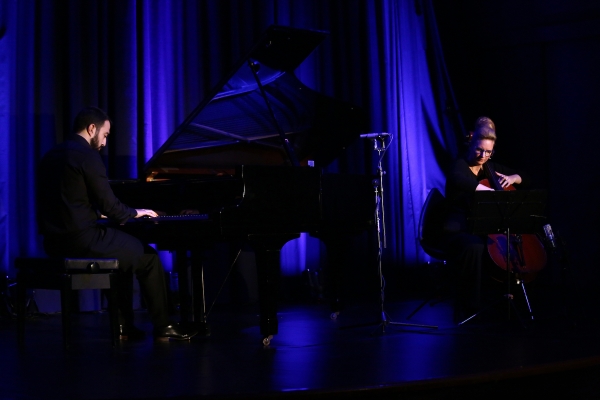 KP: Wow! I’ve never heard music described that way before! Who are your favorite composers?


EH: Philip Glass has definitely opened the doors to a new era of composing that I like. I also love Chopin and Rachmaninoff a lot. Ravel too.


EH: I like the band Dream Theater. They are outstanding performers. As a pianist, I like how Evgeny Kissin interprets classical pieces.


EH: As I previously mentioned, performing is a top priority, as well as recording "Illusions" in an orchestral version. Recording my third album will follow soon after.

Many thanks to Elias Haddad for taking the time to chat! For more information about Elias and his music, be sure to visit his website and his Artist Page here on MainlyPiano.com.
Elias' Artist Page • More Interviews