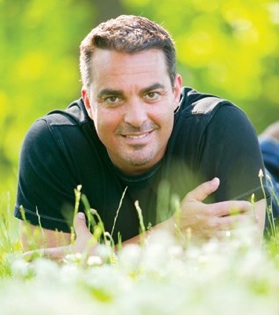 If you are not yet familiar with the music of George Skaroulis, you are in for a real treat! His loyal fans will be happy to hear about some of his current and upcoming projects. I first became acquainted with George’s music when he sent me Second Nature for review in 2003. We met when I was in Alabama and Georgia the following year, and had some time to get acquainted. So, in addition to being one of my favorite composer/pianists, he is also one of my favorite people. We did our first interview in 3/05, so this one is more of an update. Enjoy!


KP: Hey, George! It’s been awhile! How is my favorite Greek pianist?


GS: Wow! What an honor! Your favorite Greek pianist? I beat out Yanni?


GS: Awesome. I’m doing quite well thank you! Gearing up for more travels out west this year, and maybe a house concert in Oregon!


KP: I’m really excited since that house concert will most likely be at my house! You were so nice about showing Mom and me around Atlanta in 2004, so it will be great to return the favor here on the Oregon Coast.

How is your latest release, Imagine, doing?


GS: Imagine is off to a great start! It’s on its third reprint already, and I’m very excited about that. Some fans were a little disappointed that only one song on the album, “The Fire Within,” was an original composition. That was a great compliment! In my defense, I have created so much original music, and I thought it would be a nice change to interpret some familiar classic songs, to perhaps broaden my audience. iTunes has been instrumental in this process since many people will hunt down their favorite songs and acquire several versions, often from artists they have never heard of. So I am thrilled with the response and new exposure. It is all part of growing as an artist, and I have a stronger passion for creating my own music again. The cover tunes have meant greater exposure, but I definitely prefer to continue creating more original music. I have my sights set on more film, documentary, and theater work.


KP: I love your original music the best, too! When we did the interview in 2005, you said that one of your goals was to do more documentary film work. Have you been able to do any more of that?


GS: Yes. Since we spoke, PBS in New York (WLIW) has selected another track from the Forever Young CD. It is a beautiful 3-disc program and will be airing nationally soon! Also, a song from Forever Young was featured in an Italian short film that won first place in its category in Milan. The name of the film escapes me. It’s in Italian, lol!!! 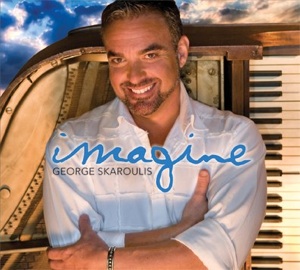 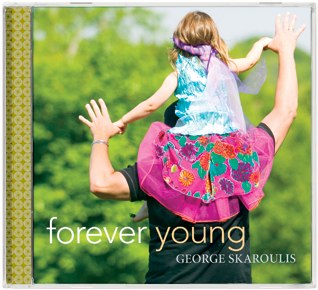 KP: Okay, let’s get back to Imagine. Did that album come about as a fund raiser for the Atlanta Humane Society or was the release party and concert the fund raiser?


GS: I decided to create a fund raiser for the Humane Society of Atlanta to thank them for the exposure they have given my music through the many animal lovers who have adopted pets there. The Atlanta Journal Constitution found out about my music’s use as stress-relief for animals, and, shortly thereafter, they wrote a huge story. The album release party for Imagine took place at the Atlanta WaterGardens. We donated 20% of all album sales that night to the Atlanta Humane Society. Thanks to my manager, Troy Wells, we acquired some amazing silent auction items and we were able to make a donation of more than $4,000. It was a lot of work in a short amount of time, but we were very proud of the outcome.


KP: That’s really impressive and such a good cause! How did it happen that your music became the “official” music for the Atlanta Humane Society? What does that mean?


GS: Actually, the training and behavioral coordinator from the Atlanta Humane Society contacted me to find out if I’d be willing to supply the shelter with music. She wanted to conduct an experiment to find out if the music might have a positive effect on the animals, just as it does with people. I agreed and sent my entire CD collection to be used. In two weeks, she called me back and was thrilled to share the results. The dogs and cats where clearly calmer and less anxious, and the dogs were barking considerably less than before. So since that time, they have kept my music playing to continue the calm.


KP: It’s amazing that music would have that much of an effect on animals, but I know that some of my pets really respond to it. Is your market still primary spas and massage therapists (other than cats and dogs!)?


GS: Yes, massage therapists, spas, doctors, and those involved in the healing arts have been a big part of my fan base. They have steadily supported my work as a complement to the work that they do. I have tended to embrace this particular audience simply because I appreciate the touch therapies and the healing and holistic approach to health and life. On the other hand, I feel my music’s romantic, reflective style is appealing to many people who are simply stressed out - those who need to jump off the roller coaster of life and take a few deep breaths.


KP: What else have you been working on the past couple of years?


GS: I love pairing my passions for music and photography, and just posted my first YouTube video with the theme of the new song, “Epiphany.” I’m also about to start working on potential theme music for two projects - one is theatre, and the other is a DVD yoga video soundtrack. 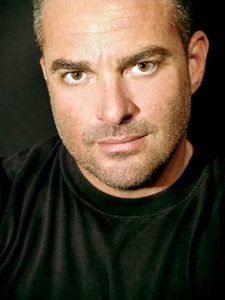 KP: I’ve seen the video, and it’s gorgeous. Here’s the link. You also have two new sheet music books available. Tell us about them.


GS: Over the years, I have had several requests for my original music in printed form. Since I don’t read or write music, this was a huge challenge for me. Basically, I choose my twelve best compositions for solo piano and had them transcribed. We then split them into two volumes and now offer them exclusively on my website. The volumes are available in coil-bound books or as instant digital downloads. The response has been very strong and I am grateful.


KP: I’ll have reviews of both volumes on MainlyPiano in the next few weeks. Are you doing much live performing these days?


GS: Not as much as I would like, but I am preparing for a concert in Tarpon Springs, Florida sponsored by the American Foundation for Greek Language and Culture on February 20, 2010. I will be premiering a new song in honor of the Epiphany celebration that takes place there annually on January 6th. I was also invited to play a beautiful 9’ Steinway at a special dinner for the Steinway company. It was a nice honor.


KP: Have you been appearing at Greek Festivals as much as you were five or six years ago?


GS: I have been, but this year I am going to focus more attention on the spa industry. I’m also looking forward to traveling to new territories out west, and in Canada. I would love to say I’m going on tour, and look forward to that day, but now I’m still getting the word out to new audiences so that when I do perform, people will fill the seats!


KP: That’s important! Who do you consider to be your biggest musical influences? 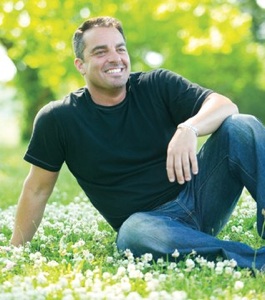 KP: Do you have any plans for your next musical project?


GS: Well, as I mentioned, the next CD will definitely be new original music, and my new song, “Epiphany,” will be on it. The rest is yet to come - hopefully very soon.


KP: I know your previous career was managing restaurants. Are you an exceptional cook? I hear you make one mean Greek salad!


GS: Yes, I love food, period. Creating it and eating it. I’ve been told I am a messy cook, but regardless of those “rumors,” I can deliver and make it look like a million. You have to eat it with your eyes first, I always say. I have seriously thought about creating no-fuss Greek cooking videos on YouTube. I think it would be fun. 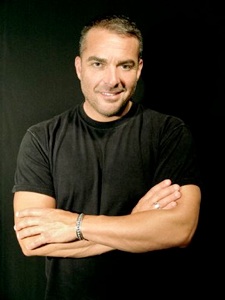 KP: That would be fun! I’ll watch!


GS: Hopefully, this year during my first visit to Oregon, I can fix you dinner and you can decide for yourself! I can try to not to make a giant mess (I might need a sous chef to help clean up!), but hopefully it will be worth it!


KP: No worries there! I’m a messy cook, too, but no one ever complains about the food! We’ll let Mom clean up! (Just joking, Mom!)

What’s up next for you?


GS: Hopefully more performances and concert opportunities, then a PBS special would be nice.


KP: That would be great! Is there anything else you’d like to talk about?


GS: I just want thank you again for all of your support. We love you.


KP: Ah, thanks, George! We’ll see you in April!
To learn more about George Skaroulis and his music, please visit his website and his Artist Page here on MainlyPiano.com!
George's Artist Page • More Interviews