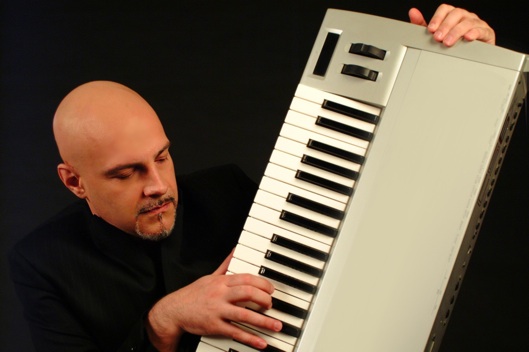 I was introduced to the incredible music of Giorgio Costantini almost five years ago when he sent me his debut CD PianoPianoForte. I really loved that album and was so excited when he contacted me late last year with the news that he had a new album almost ready to review. Universound was my first review of 2011, and what a joy it was to hear new music from this multi-talented Italian composer! I asked him about doing an interview, and Giorgio was a little bit hesitant because his English isn’t perfect and the only Italian I know is music terms and food! Despite that minor obstacle, we were able to communicate just fine, and I’m delighted to present an interview with Giorgio Costantini. Enjoy! 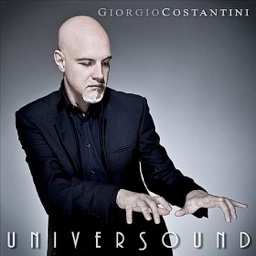 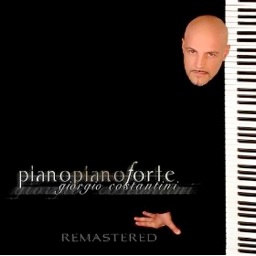 KP: Hi Giorgio! How is Italy this time of year?


GC: Hello Kathy! He's waking up from this long winter and beginning to feel the perfumes of spring!


KP: Congratulations on your new release, Universound. It really blew me away and I’m already sure it will be on my Favorite CDs list for 2011! Are you getting a lot of international airplay and sales with it?


GC: This new album sees the light after a year of work. It is an independent production, and we will soon start the promotion. As an independent artist, promotion moves more slowly than it does with a traditional record label. A lot of promotion comes from word of mouth. With PianoPianoForte, it took three years for it to make it to the iTunes charts.


KP: Wow! I didn’t know it had taken that long to chart. That is also an incredible album, and we’ll hope the process is much faster this time!

There is a really interesting story about the first track on Universound, “Alba Mundi.” Let’s talk about that.


GC: "Alba Mundi" is a composition in the keys of the frequencies of the orbits of the nine planets. Each planet rotating around the sun performs a musical note that no ear will ever hear. The orbit of the earth, for example, is running at C # in the octave -29. The whole piece consists of a pattern of nine measures, and in each measure the harmony is in the key of a planet, from Mercury (the nearest to the sun) to Pluto. At the end of the final crescendo, there remains a sound that is the entire solar system transposed up 36 octaves.


KP: The >a href="http://www.youtube.com/watch?v=ALs2T5-UrX8" target="_blank">video you have on YouTube is wonderful and explains this quite well.

You have also done a lot of music for television and films. Was most of that work in Europe, or have you done music for US TV and films, too?


GC: For the TV and film I worked mainly in Italy, as well as for dance and for record production.


KP: Do you have any favorites of the films or TV music you have done?


GC: I love, or at least try to love, everything I do. That’s the best way to do it well. 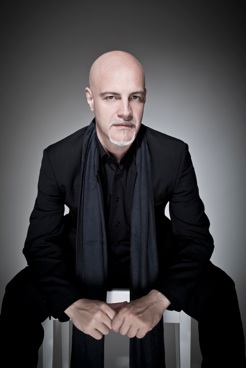 KP: Are you doing that kind of composing right now?


GC: In this moment I am totally committed to the promotion of Universound. After a year of studio work, I'm interested seeking the best opportunities for this new project full-time.


KP: Let’s go back a few years and talk about your early life. Where were you born and where did you grow up?


GC: I was born and raised in Venice, where I remained until I was twenty years old. I think it was very important for my musical passion. Silence can be heard in Venice, and emotions that this city releases are incredibly stimulating to creativity.


KP: When did you first become interested in music?


GC: It was like a fever that has taken me since I was seven years old.


KP: Was the piano your first instrument? How old were you when you started to play the piano?


GC: The first instrument was a toy keyboard, and then at eleven years, my first electronic organ. As a child, I was a bit “particular" and quarreled with the first piano teacher and even with the piano tuning man. I wanted him to re-tune the last octaves of the piano over and over again because I thought they were flat. I started working at 14 so I could study and buy the tools myself. I grew up with synthesizers and organs for seventeen years before I could buy a real piano.


KP: What other instruments do you play?


GC: I can say that my fellow believers are synthesizers - now abandoned for my five computers - and the piano. 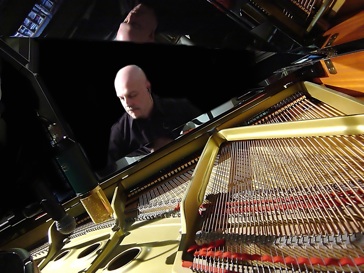 KP: Have you done other recordings in addition to Universound and PianoPianoForte?


GC: Before these two projects, I played on more than forty albums for other artists, alternating as keyboardist, producer, and arranger. Many of these albums entered the charts and several have won Gold Records in Italy.


KP: I see on your website that you are working on “Fonopoli,” a project to build a big “city of music” in Rome. Tell us about that.


KP: You are also a trainer at the Libera Universita Michel Hardy (Michael Hardy University of Psychology). What do you do there?


GC: I get to use music - often with improvisation - in a series of experiences of growth and meditation. I think music is deeper than language because a person can speak well and evoke emotion without having to use words or images. 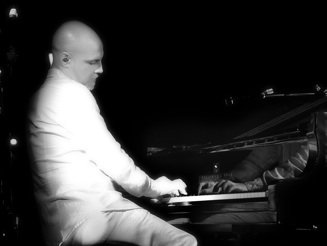 KP: You say you played in more than 1200 concerts around the world from the late 1980’s through the ’90’s. That’s a lot of gigs! Was this mostly as a back-up musician or were they your own concerts?


GC: I started touring with other artists when I was twenty years old, doing 140 concerts a year - long and tiring tours. It was difficult to keep the house tidy when I was never there! Then, little by little, I began to focus on more personal projects, moving a little less often and perfecting my own music.


KP: Do you often perform your own music in concert?


GC: I have done a great number of concerts with my music, but I prefer an excellent venue. For example, the concert at the National Theatre in Taipei - the largest classical music theater in Taiwan - was a wonderful experience. To perform my piano music for an attentive audience on the other side of the world is one of the most beautiful things there is, and it also makes you understand why music is a universal language. 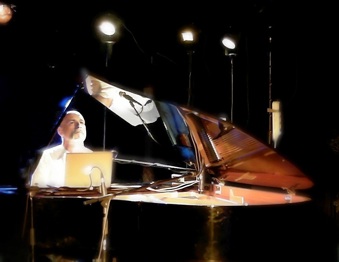 KP: Who and what are some of your musical influences?


GC: I was very influenced by progressive rock of the '70s (keyboardists like Rick Wakeman and Keith Emerson), by classical composers Chopin and Bach, and jazz pianists Chick Corea and Keith Jarrett. My ears are open to all that is beautiful, from music by Pat Metheney and Ennio Morricone to the latest production of The Black Eyed Peas or Katy Perry.


KP: I’ve read that you also really enjoy astronomy. Do you spend a lot of time looking through a telescope?


GC: Now I have little time to watch the stars, and here in the city, light pollution does not allow it. I am content to read and use computer programs for simulation. I’ve had a love of astronomy since I was small. It gives a vision much wider than the role of a man and helps me understand that sometimes we fight a lot for things that are not worth it, like little ants.


KP: What else do you enjoy doing when you’re not making music?


GC: Anything is fine, but I cannot resist music for long! 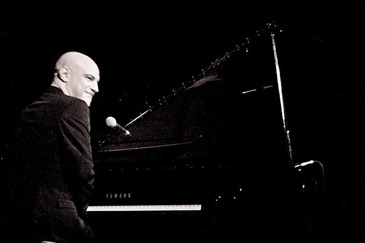 KP: You mention on your website that you researched the emotions that lie deep in the human soul. How did you do this research?


GC: Through years of psychoanalysis, family constellations (Hellingher), psychodrama, to the more "mystical" experiences such as Reiki, Prana therapy and astral travel (in Italian "viaggi astrali").


KP: You also state on your site that you have spent a great deal of time searching for a piano "language" that could be a "trait-d´union" of classical, pop, and easy listening but also very evocative. Let’s talk about that, too.


GC: I try to express emotion with the a very minimum of notes, following the spirit rather than any method of teaching. 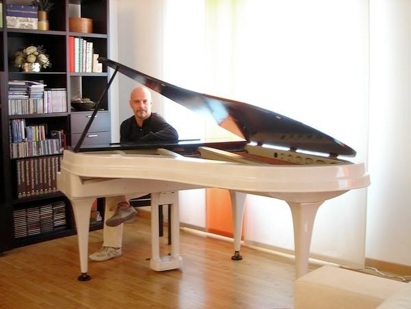 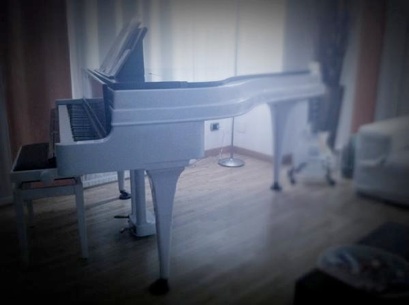 KP: Do you have a favorite piano?


GC: As a concert instrument, I express myself best on a Steinway. But with the opportunity to comment on mechanical aspects, almost every piano could become "my" instrument. As "objects of pleasure," what I love most is a particular instrument that I bought on Ebay, the "Rippen Grand Aluminium." It's a grand piano made of aluminum, (built in the '50s) with a design which I really love.


GC: It may seem obvious, but my desire is to travel as much as possible to bring my music to the world. In reality, my three wishes are: to travel, write, play my music.


GC: I want to express my concern for a very difficult time for our nation. At this time, we do not feel well-represented by those who came to power with very few clear methods. I would like to communicate to those from abroad - look with wonder at what's happening in our nation. There is another Italy made up of creative and positive people that I hope will soon be born again.
Many thanks to Giorgio for spending some time with us! For information about Giorgio Costantini, be sure to visit his website and his Artist Page here on MainlyPiano.com.
Giorgio's Artist Page • More Interviews