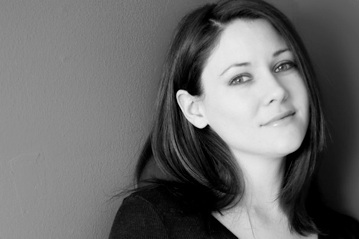 Jennifer Haines is one of the younger composers that I have interviewed. At twenty-eight, she has released two well-received CDs (Christmas Magic and Thoughts & Dreams) and is a popular artist on Whisperings Solo Piano Radio. Jennifer and I had a lot of fun last year getting the sheet music for both CDs transcribed and ready to market. This also gave me the chance to really get into her music and to get better acquainted with Jennifer as well - both were a pleasure!

Jennifer was born in Placentia, CA on February 3, 1980. She lived in Southern California until she was thirteen, and then her family moved to the White Mountains of Arizona. Jennifer has one sister, Elizabeth, who is not a musician, “but she is certainly a music lover!” Jennifer’s father is a retired track and field and cross-country coach who worked at ValenciaHigh School in California for thirty years. He also coached for a few years at Show Low High School in Arizona. “I was fortunate to have him as my coach when I was in high school,” Jennifer says. “He taught me to pole vault!” Her mom was an “amazing” homemaker while Jennfifer and her sister were growing up. Now that both girls are out of the house, Jen’s mom teaches kindergarten at a local charter school. Here is the interview with Jennifer:


KP: How old were you when you started playing the piano?


Haines: When I was ten, I took lessons for about nine months. I enjoyed lessons for the most part, but I wasn't satisfied with learning the songs at my grade level so I ended up quitting.


KP: Were you encouraged to improvise or compose by your piano teacher or anyone else?


Haines: A friend of mine named Julia was the first person to encourage me to improvise at the piano. She taught me a little theory and showed me how to play chords. It wasn't much, but I really began to look at the piano in a new way. It became more accessible and less daunting.


KP:Do you play other instruments?


Haines: I also play the guitar. I'm not as familiar with it as I am with the piano, but I can play well enough for singing around the campfire.


Haines: I was seventeen when I learned to improvise, but it wasn't until I was twenty-two that I actually began to write my own piano pieces.


KP: Did you play with any rock bands in high school and/or college?


Haines: No, but when I was in high school, I was the guitar player for a worship team at church. That was a lot of fun and a wonderful experience.


KP: When did you start playing professionally?


Haines: I love nature. From the forests of the White Mountains to the desert landscapes of the Phoenix area to the oceans here on Long Island and back in California. God's creation never ceases to inspire and amaze me. My family and our experiences together are also a huge source of inspiration.


Haines: There were actually a few things that inspired me to compose. My sister-in-law, Melissa, was a huge inspiration. She loves to write music. In fact, she and I have written a song together. I don't think the idea of writing my own pieces would have happened if not for her. My husband, Peter, bought me a piano even though I told him I would probably never play it. He just knew I needed it. Composing certainly wouldn't have happened without that piano. Then there was the day that I was sitting at the piano with my daughter, Naomi. She was only two-years-old and she was just patting at the keys with her cute toddler hands. All of a sudden, she played a few notes that I loved! I wrote a song around those notes right then. I haven't stopped composing since.


KP: How many pieces have you composed so far? Have you recorded most of them?


Haines: I have composed sixty-nine pieces (not counting songs I have arranged), and I have recorded all of them except the very first song I wrote (I forgot how it went!). Since I write all of my music from memory, I would lose a song if I didn't record it. My earliest recordings weren't released commercially, though. I only gave copies to my family. It wasn't until my brother-in-law suggested that I try to promote my music on the Internet that I decided to introduce my music to a wider audience.


KP: How is your sheet music doing?


Haines: I’ve been getting a lot of great feedback on the sheet music! I’ve received letters from piano teachers whose students are learning my pieces to perform at recitals and die-hard fans who own every piece of sheet music that I’ve transcribed. It’s pretty awesome!


KP: Do you perform often?


Haines: Actually, at this time, I don't perform live at all. I have so much going on in my life right now that having to spend time perfecting a repertoire of songs and then taking more time to perform just isn't feasible. It may happen in the future. We'll see... 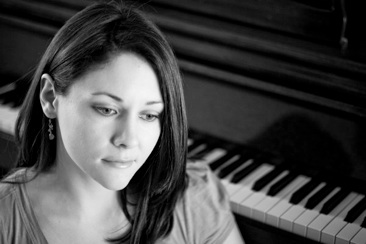 KP: What has been your most exciting musical moment or experience so far?


Haines: I think the most exciting experience for me was when I received my first fan mail. It probably sounds silly, but that note of encouragement from a total stranger was an absolute thrill!


KP: Are there any specific pieces that you feel say the most about who you are as a person? Any favorites, if they aren’t the same pieces?


Haines: Every single piece I write says a little something about me. To me, writing music is kind of like writing a diary. A person, place, or moment in my life, or even just a thought or a feeling accompanies each song. My favorites include “Thoughts and Dreams,” “Flurries,” “Tears,” and “Desert Beautiful.”


Haines: Chopin is my absolute favorite. I love his Nocturnes (my favorite is #19 in Em) and his Prelude in G is amazing! It's just beautiful and so unique. I like many modern composers, too. George Winston's pieces, particularly his early works, are breathtaking. I also enjoy the piano works of Yann Tiersen and Michael Nyman.


Haines: It varies. I'm a huge Enya fan, but I also like bands like Evanescence, Flyleaf, and Coldplay. Harry Connick, Jr. is also a favorite.


KP: Do you have any hobbies?


Haines: I enjoy painting watercolors and sketching. I also crochet and I've done some quilting, but my favorite hobby is scrapbooking. I've made a scrapbook for every year that Peter and I have been together. It's a lot of fun and it's neat to be able to pull out a nice album to look at instead of a shoebox stuffed with random photos.


KP: How did you and Peter meet?


Haines: We met at a church picnic. Peter had his eye on me before we officially met though, and used his younger sister (who I had recently befriended) to introduce us. We were dating a week later and the following month we were engaged! It seems very whirlwind, I know, but we just knew from the start that we were meant to spend the rest of our lives together.


KP: When did you live in Oregon?


Haines: Peter and I moved to Oregon about a month after we got married. He had lived there before we met and one of his friends offered him a job, so off we went. We only ended up staying there for about a year as the job didn't work out.


KP: How long have you lived in New York?


Haines: We have been in New York for seven years now. It's hard being so far away from family, but we do enjoy Long Island - it's a beautiful place!


KP: What kind of work does Peter do?


Haines: Peter is a home heating technician. Basically, he fixes people’s heat. He also works on air conditioning during the summertime.


Haines: Oh yeah. He is a musician himself. He can play the guitar, the bass, and a little piano. He even wrote a song on his guitar for me once!


KP: How old are your kids? Are they into music?


Haines: Naomi is eight years old and Noël is seven. They both love music. Noël has been teaching herself to play the recorder and would like to play guitar someday. Naomi loves to sing and would like to learn how to play the piano. She has already taught herself all the names of the notes and where they are on the keyboard.


KP: Are you home schooling both?


Haines: Both girls are home schooled. They really enjoy it and are doing an awesome job.


KP: What do you like to do in your free time, or do you have any?


Haines: I love games - everything from board games to card games. Peter and I play Cribbage and the girls’ current favorite is Go Fish. We also enjoy a good family game of Monopoly or Clue from time to time. 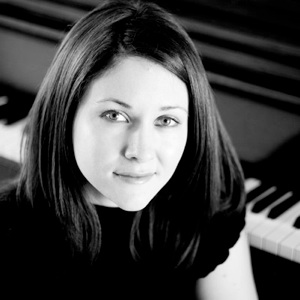 KP: What are your favorite colors?


Haines: I love all the colors, but if I had to pick a favorite it would have to be green.


Haines: I have so many things to be thankful for that it's hard to want to wish for anything else.


KP: Do you have any words of advice for young people who are studying music now?


Haines: Music is here for our enjoyment. Find what it is about music that makes you love it and you'll have many moments of happiness!


Haines: My next album will be arrangements of Christian hymns. Working with the hymns has been a very exciting experience for me. I can't wait to share this new CD with everyone. I have also been writing more original music. Arranging and composing are very different experiences for me. I wish I could describe it, but words fail me. I must say, though, that when I finished arranging the carols for the Christmas Magic CD, I was ready to get back into composing, but when I finished Thoughts & Dreams, all I could think of was arranging again.
For more information about Jennifer Haines and her music, visit her website and her Artist Page here on MainlyPiano.com.
Jennifer's Artist Page • More Interviews