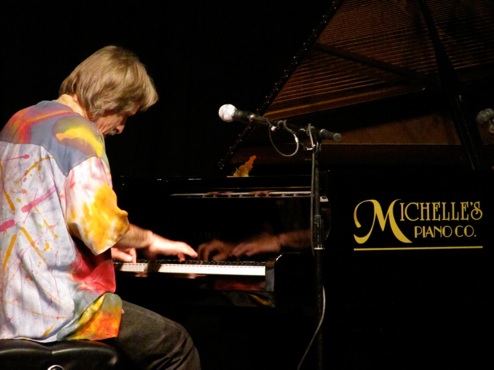 I met pianist/composer John Nilsen at an early Whisperings concert in Portland, OR in October 2004. I was enchanted by his playing and the stories he told about his music, so I was very excited when he contacted me a couple of months ago about doing a house concert here in July. With his eighteenth album due for release this summer and a very impressive concert itinerary, John is one of the busiest musicians around. I think you’ll enjoy getting to know him as much as I have. 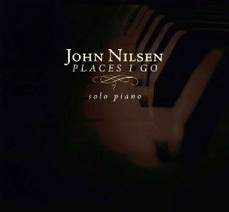 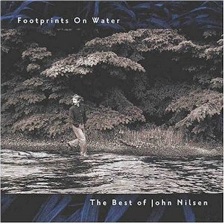 Click the Footprints on Water
image to read Kathy's review. 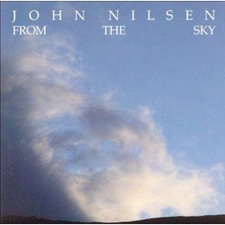 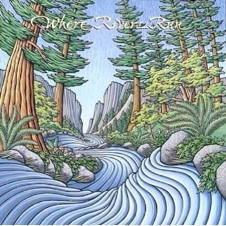 KP: Hey John! I’m really looking forward to your concert here on July 19th! Your touring schedule looks really full, so I’m glad you have time to come to Florence. Where are some of the other places you’ll be playing in coming months?


JN: I've been out a lot lately with performances all over the country. I'm usually closer to home during the summer months, primarily to enjoy the good weather in the Pacific Northwest and to spend time with my family, but I'll visit Idaho, Oregon, Washington, Montana and California before coming to Florence.


KP: About how many concerts do you do a year?


KP: That’s amazing! How do you find so many venues?


JN: I work hard and get a lot of calls.


KP: Do you usually perform solo or do you bring a band with you?


JN: Both. My last CD is solo, though, so most of my tours over the past two years have been solo.


KP: How many albums have you released to date?


JN: I've released seventeen recordings with #18 due for release this summer.


KP: That’s really impressive, too! Have you always been able to make your living as a full-time musician?


JN: Yes. I released my first recording on an LA label, EAGLE RECORDS, in 1983. Ever since then, I've worked as a full-time musician.


KP: You compose and record in a variety of genres. Let’s talk about that a bit.


JN: Yes, my greatest influences as a child were of rock and folk, but I studied classical piano with my mom, who continues to teach privately in her 80’s. I became more interested in jazz as I entered my late twenties and now play far more jazz chordal voicings than ever before. I'd never call myself a jazz pianist, though, because I'm not a true jazz player. I like to cross the boundaries of genres and seem to spend most of my time playing folk, jazz, rock and classical or any combination of those. For me it's about moving forward musically, trying to do things I've not yet done while maintaining some of where I've come from musically and most importantly, being true to and original with my own sound.


KP: Let’s talk about your background. Where were you born and where did you grow up? 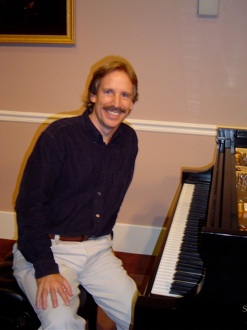 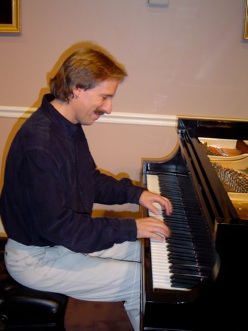 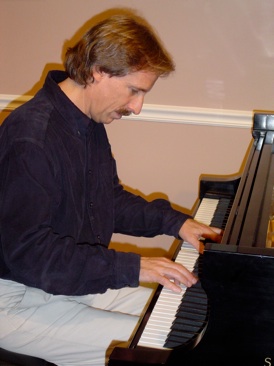 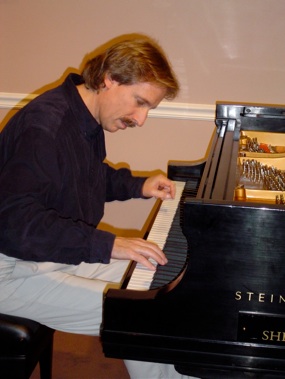 John in Portland, OR. October 4.
KP: Did you go to college in Ashland? Were you a music major?


JN: I graduated from Southern Oregon University in 1979 with a BA in English. I took a lot of music courses, but no major.


KP: Are other members of your family musicians besides your mother?


JN: Our daughter, Jenna, is a very fine pianist who recently stopped taking piano lessons after eight years of training. She's got a gift.


KP: Does Jenna ever perform with you?


KP: Do you have other kids as well?


JN: I started playing and taking lessons at 6. I studied until late jr. high with my mom, stopped then and didn't touch a piano for two years. I started playing guitar the week I quit piano and continue to play both instruments.


KP: Were you encouraged to improvise or compose by your piano teacher(s) or anyone else?


JN: Yes, my mom was always encouraging her students to compose, and writing a piece was often an assignment within an otherwise very traditional teaching curriculum. I still remember one of the pieces I wrote under her tutelage. I've written ever since. 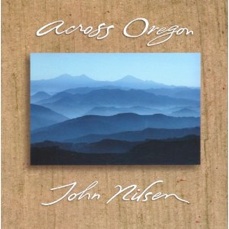 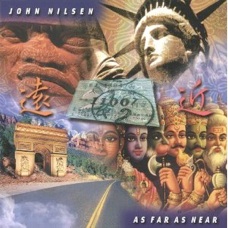 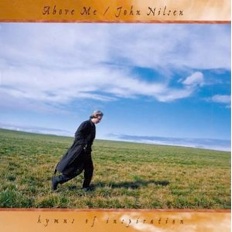 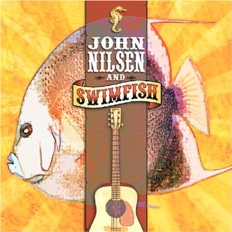 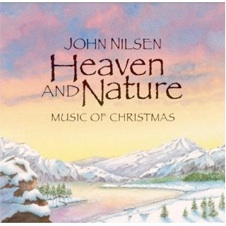 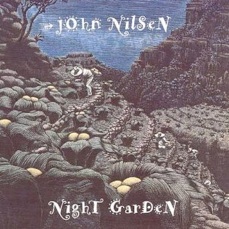 KP: Do you play other instruments besides piano and guitar?


KP: A nice coincidence! I first met you and saw you perform at an early Whisperings concert in Portland in 2004. Are you still active with the Whisperings Community?


JN: Yes and no. Whisperings does some really great things and David Nevue is a good friend. I seem to be so busy doing my own thing that I don't cross paths with the Whisperings community enough, but have done several performances with Whisperings artists through the years, all of which have been enjoyable to me.


KP: Your playing is amazingly versatile. Have you always had an eclectic taste in music?


JN: No. I listened to a lot of folk, rock and classical music as a child. My mom and dad listened to classical music and some Broadway show tunes like West Side Story, etc. I always like good hard rock, but not too much metal or glam rock. I began to get interested in jazz in my late teens, but more so in my 20‘s. Music was more than a priority in my upbringing. It was the norm with the piano being played from 6 AM (my sisters' practice time during high school) to bed time. There was always music being played in the house. I hear music inside when it's quiet.


KP: Have you done any composing for films and/or TV? Is that something you want to do?


JN: Yes, but no major films. I think my music would be a natural fit in films, but I've spent no time seeking it out because I'm too busy.


JN: I'm very excited about my forthcoming CD because every song is played with a different band and I've never done that. I like to break new ground musically. I think it's too hard to say what the most exciting moment is. I've toured throughout the USA (all fifty states) in Europe and Asia and played with lots of great players. Sometimes it's the not-so-good moments of touring that later make the better stories. There are some classic stories.


KP: I’ll bet, with all of the touring you do! It would be fun to hear some of them. Do you usually tell those stories in your concert performances?


JN: Yes, I tell some stories during performances.


JN: I always try to come across as being sincere and real - both as a person and in my music. I want my music to be interpreted as being unique, not a copy of something else.


JN: The Beatles, Neil Young, Pat Metheny, Chopin, and Bach are a few.


JN: Probably the same people who are my favorite composers, although I never saw the Beatles, Bach or Chopin live. I've always been more attracted to performing acts who keep the focus on the music rather than on a show. It's all about the music to me, but I did like Alice Cooper as a high school kid. Alice was great - one of a kind...an original.


JN: The new CD, more touring, etc. Once I complete a recording, I have a clean slate and I don't know what comes after that. What I do know is that I'll take no time to sit and think about it. I'll just keep playing and see where it takes me. There are a million things I'd like to do musically.


KP: I’d vote for you, but it would probably turn you into an old man very quickly!


JN: I wouldn't run for office, but thanks for your vote.


JN: I look forward to July 19 and being with all of you. 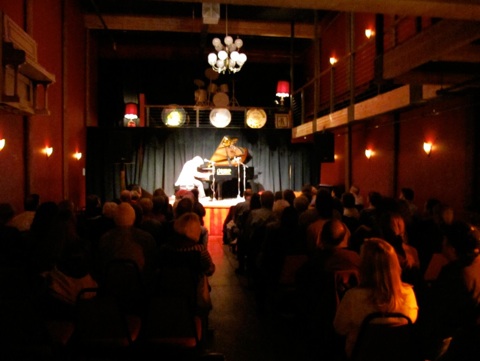 For more information about John Nilsen and his music, but sure to visit his website and his Artist Page here on MainlyPiano.com.
John's Artist Page • More Interviews