John Paris at Carnegie Hall, October 2015.
I have reviewed John Paris’ albums since he started releasing them, but I didn’t fully appreciate what an amazing artist he is until he came to Florence, OR to perform in concert with Louis Colaiannia last June. He returned last December to do a jazz Christmas concert, and is doing two concerts here this year as well. John was awarded Jazz Piano Album of the Year last year by Enlightened Piano Radio for his album, Reflections, and his newest release, Piano Jazz My Way, is nominated for the same award this year! I think you’ll enjoy getting to know this incredible artist as much as I have.


KP: Hey John! How is everything in Northern CA today?


JP: it's a beautiful day in Northern California. 89° and sunny. And … my allergies have given up :-)


KP: Yep - I’ve been sniffling and sneezing here, too! You recently released a new album, Piano Jazz My Way, which I love. It is already nominated for a major award. Tell us about that.


JP: It is in the running for Jazz Album of the Year on Enlightened Piano Radio. With two other musicians in the category, I feel very good about its chances.


KP: You were also awarded Jazz Album of the Year last year by Enlightened Piano Radio for the album Reflections. How did you like performing at Carnegie Hall? 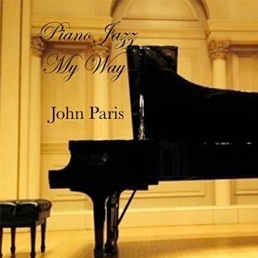 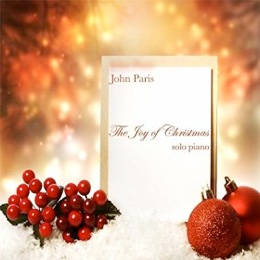 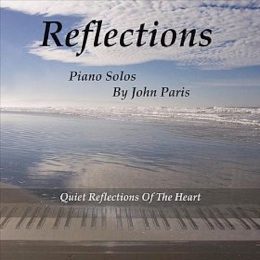 JP: It was the experience of a lifetime. There are no words to express what it was like. All I can say is that I felt totally at home on that stage and at that piano. It was incredibly gratifying :-). I would love to go back for a solo concert.


JP: I have been contemplating what I want to do this year. A friend suggested another Christmas album. :-) I have a few titles in mind for that. I'm also considering a “more serious" CD between New Age and jazz with less improvisation. A very interesting situation has just popped up. My best friend for 58 years in Scranton, Pennsylvania is a great drummer. He performed with Glenn Miller’s Band and has accompanied many celebrities. Recently, he and I have been discussing recording a straight-ahead jazz swing album together, maybe this fall. We're both very excited about this as we are both in our 70’s and want to do this while we’re still in shape.


KP: That really sounds like fun! And I don’t think you have much to worry about regarding staying in shape. You blow me away every time you sit down at my piano! How many albums have you released to date? Do you have a favorite?


JP: I believe I have released eight albums. I like different aspects of all of them, but I'd have to say that the latest one is my favorite so far.


KP: I have to tell you that when you played here for the first time last June, I was amazed by your easy demeanor and instant rapport with the audience. I assume that’s the result of performing all your life.


JP: You are very right about that. I spent many years onstage in Las Vegas, Reno, Lake Tahoe, Atlantic City and every major city in the United States and Canada. I feel at home onstage and love the interplay with the audience.


KP: You actually started your music education and career with the accordion. When did you start lessons and what kind of music did you learn?


JP: I must have been nine or possibly ten when I started accordion lessons. Fortunately, my teacher was very demanding and had a student who had gone to the international finals in Chicago and placed third. My teacher was very strict and taught me classical transcriptions, popular ethnic music, and introduced me to the jazz transcriptions of the late, great Art van Damme. 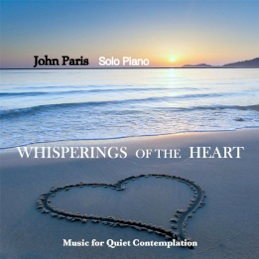 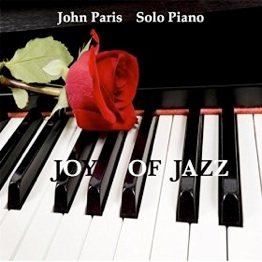 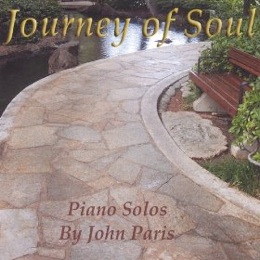 KP: I understand that you recently acquired a new accordion and are performing with that as well as the piano. Will you be performing original music for the accordion or old favorites? I’ll bet you could come up with some really interesting surprises!


JP: I will be doing a variety of music including some Italian folk music, original pieces, and possibly the song, “Spain,” by Chick Corea.


KP: No one will ever be able to say that you aren’t versatile! You are also a music teacher in the public schools in the Oroville, CA area. Which grades do you teach?


JP: I teach first, second, and third grade classroom music and also have sixth, seventh, and eighth grade choir. Teaching the young ones is a joy and in third grade I teach them recorder including music by Beethoven, Vince Guaraldi, and “C Jam Blues” by Duke Ellington.


KP: That’s a pretty strange combination, but I like it! Let’s back up a bit and learn more about you. Where were you born and raised?


JP: I was born and raised in Scranton Pennsylvania.


JP: No other members of my family are musicians although my late brother, Joe, did study drums.


KP: How did you get interested in music as a child?


JP: My dad informed me that I would be taking accordion lessons. He was old-school Italian and any argument would lead to a beating. So I began my music career under threat of pain. :-)


KP: Ooooh, not a good way to start. It seems to have worked for you, though! When did you start playing piano?


JP: I first got turned on to piano when I heard Ramsey Lewis' version of "The In Crowd." I was teaching in a little town in upper state New York. There were three of us teachers staying with a family there who had a piano. I'd sit and play for hours. Later, with my bands I used a Rhodes piano and a Wurlitzer electric piano. 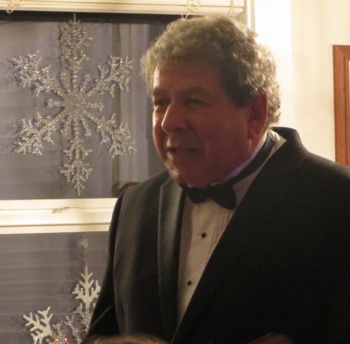 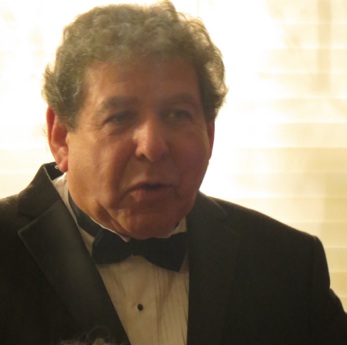 Christmas Concert at Kathy’s 12/15 - Florence, Oregon
Although I have never officially studied piano, I have been blessed to study, even if somewhat briefly, with some incredible music teachers like:

Dennis Sandoli is legendary for teaching Jazz greats like John Coltrane and the Brecker Brothers. I was given his phone number by a guitarist from Philly who used to watch Atlantis perform at Harrah's in Atlantic City and was impressed by my arranging, writing and playing. I took lessons from Dennis whenever we played Atlantic City. He asked me to leave the band and stay with him so he could "get me out." He said he had just placed someone with John Lennon. As fate would have it, Atlantis was booked for two years ahead at the time and I also had continue to work to support my three daughters.

Frank Leone was the arranger/conductor for Red Skelton and later for Engelbert Humperdink. I studied with him in Las Vegas. He asked me to write a chart on “Funny Valentine” and then asked to keep it to show a fellow arranger. I never got it back. :-)

Bob Barnes was the lead tenor sax player at Harrah's Reno showroom. He taught me a lot about big band arranging. I used what I learned from him to write the charts for our appearance on the Merv Griffin Show and later for a concert with the UNLV Jazz band attended by the legendary Ruby Keeler and the great football star Jim Brown.

On the Merv Show, I had written a chart on “Happy Days Are Here Again” and was playing with my head down, totally into it. I felt a pat on my head and looked up to see Mort Lindsey smiling and giving me a thumbs up. 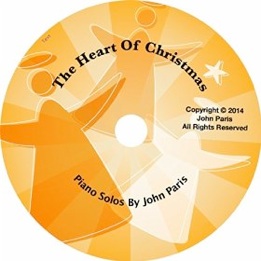 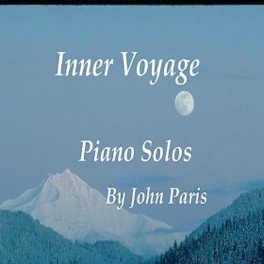 KP: Wow! You have so many amazing stories! Have you always been a professional musician?


KP: When did you form Atlantis?


JP: I formed Atlantis in the 1970’s and continued until 1987. With the group, we played major clubs, Jerry Lewis Telethons, and it got me onto the Merv Griffin Show.


KP: How many band members were there? Singers? Instrumentation?


JP: There were usually eight members, sometimes seven. Keyboards, bass, drums, and three or four horns: trumpet, trombone, one or two saxes. Rita Singer was the lead vocalist, comedienne and impressionist. Bobby VanRooy also fronted and played sax. Trumpet and trombonist doubled on guitar. We did a lot of vocal harmonies


KP: Did you write much of the music for Atlantis?


JP: I mostly did arranging, but I did compose songs that we performed and recorded.


KP: How many albums did you record with them?


JP: Actually none. We were a touring band. Although we did some recording, it was never our focus. 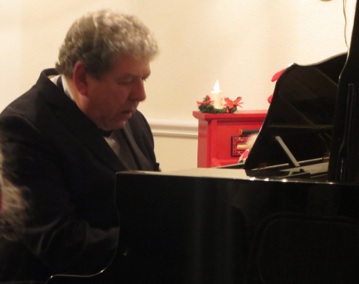 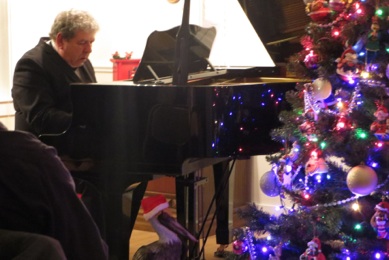 KP: What did you do before Atlantis?


JP: I taught French for a while, worked in a mental hospital where some people believe that I belong :-), and I led groups in the Scranton and Pocono Mountain areas.


KP: Since you have been a jazz musician for most of your life, what attracted you to the New Age genre?


JP: I also love melodic music and New Age can be very melodic and rich.


KP: In your case, which music is more popular: your jazz or your new age? I’m just curious!


JP: In concert, my jazz music is more popular.


KP: Who and what have been your biggest musical influences? 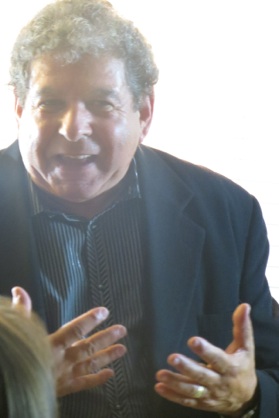 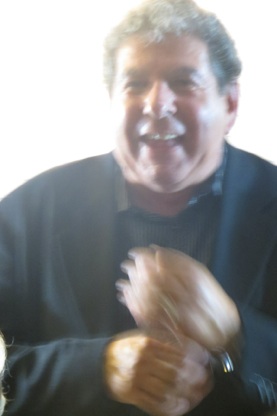 KP: Do you have any favorite composers?


JP: Every pianist I named above and recording groups including Blood, Sweat and Tears and Earth, Wind and Fire.


KP: What has been your most exciting musical experience so far?


JP: Appearing on Merv Griffin show was very exciting. I got to play with some incredible musicians including Jack Sheldon and Ray Brown, the bass player for Oscar Peterson. But… The most exciting and gratifying experience I have ever had was performing at Carnegie Hall. There was a poster backstage for a performance by a little group called The Beatles. It is incredible to know that I've played in the same place that they played. 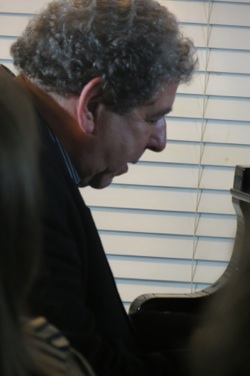 KP: What’s next for you?


JP: Enjoying making music until the day I leave this earth, sharing love with my family and friends, and hopefully continuing to grow both spiritually and as a musician.


JP: Hmm - 1. For good health in order to be able to continue to write and perform until it's time to leave this earth.
2. For the music of the many wonderful piano artists I've met to continue to evolve and spread into the world to bring love, peace, and joy in these trying times.
3. To become a more pure vehicle for Spirit so the music of life is as unadulterated and undiluted as possible.


JP: Sure! :-) I really love coming to your home to perform. Your audience members are very informed and into piano music. It is a joy to perform for them and for you :-). Also I hope to become friends with Joey this time. I might have to bribe him, so tell me what goodies I can bring him.


KP: Don’t take it personally! Many of the artists who come here to perform are very disappointed that they didn’t become friends with Joey (my Australian Shepherd dog). June will be your third time here, and I think he’ll warm up to you then - or at least by the Christmas concert! Looking forward to seeing you in early June!
Many thanks to John Paris for taking the time to chat! To learn more about John and his music, be sure to visit his website and his Artist Page here on MainlyPiano.com!