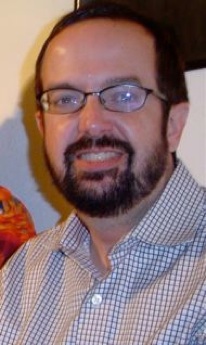 Kevin Kern has earned a place as one of the best-loved pianists in the genre. His gentle style matches a very warm and generous spirit, and working with Kevin on this interview has been a delight. With the release of Kevin’s fourth album, “In My Life” on Real Music, he had some interesting and sometimes surprising things to say about his music and his approach to composing.


KP: You started playing the piano at 18 months of age. How is that possible?


KK: In 1959, my parents moved into their present home. At about the same time, my maternal grandparents dissolved their home in favor of an apartment. They gave my uncle a dining room set and my mother a baby grand piano. The following spring, everyone was sitting in the den watching TV when they heard “Silent Night” coming from the living room, which was bare except for that piano. A quick roll-call discerned that all were present and accounted for except for me, so they went into the living room, which was dark, and saw me standing with my hands over my head, plunking out “Silent Night” on the piano. By the time I was two, I could play some twenty Christmas carols with both hands.


KP: When did you start formal piano lessons?


KK: I started lessons at four, changing teachers several times, and continued to study classical music, improvisation, and composition through college. I attended the University of Michigan and New England Conservatory of Music, and earned a Bachelor of Music Degree and a Master’s Degree in Performance.


KP: You started composing when you were about eight, but said that since you couldn’t remember the pieces, they mustn’t have been that good. Is that a criteria that you still use?


KK: Absolutely, but now the criteria is also, “Have I ever heard this before?” because I know a lot more about how melody is constructed, how it’s shaped.


KP: Would you explain the concept of the “shape of melody” and how that is so important in your composing?


KK: One of my composition teachers once said that, with respect to the use of an idea, “once is an accident, twice is a coincidence, and three times is an event.” So, invariably, you are not finished with any motif or thematic piece of work until you’ve used it three times. He was a much-decorated classical composer, so he knew. Any good melodic shape is like an articulate speaker. Someone who speaks in a monotone won’t hold your interest for very long. Someone whose voice rises and falls effectively has that wonderful delivery that holds your attention. A good melody should hold your attention.


KP: It’s unusual that you’ve always been able to support yourself with music.


KK: It’s the only thing I’ve ever done.


KP: That’s amazing! You must have played tons of smaller gigs before you got established with Real Music.


KK: Oh yeah. When I was in Boston, I had a hotel job for nine years. For a couple of years, I played forty-four hours a week - Monday through Friday from 3:00-11:00, and four hours on Saturday.


KP: You moved to San Francisco in 1990 and played in a variety of venues. What were some of those places?


KK: Those were primarily the closest thing I’ve ever had to a day job, which is restaurant work. Survival work.


KP: Last year, I told some friends that I hoped to interview you. They said that they had heard you are blind. Is that a true?


KK: My vision is very poor, but I can hit a baseball out of a pitching machine about eight out of twenty times at 45 mph. If you were to watch television with the contrast turned all the way down, or filmed something with gauze over the lens, you would get something as close to a workable description of my visual world as I can provide.


KK: Sure, but on the best day I ever had, I’d never drive a car. When I put glasses on, stuff gets, by my standards, very clear, but. I can read print, but it’s painfully slow, so I avoid it.


KP: This has been with you all your life?


KP: Most of your recorded music is very light, soothing, and upbeat. Do you have an alter-ego who belts out Rachmaninoff or Jerry Lee Lewis?


KP: On your first three albums, you were given a suggestion in the studio and improvised what were to be the closing tracks on the albums. The last track on the new one is “In My Life” by Lennon and McCartney. Were any of the other tracks done on the spot?


KP: Many artists in the genre are now doing covers as well as original music. You have songs by The Beatles and Elton John on your new CD. Is this part of a natural evolution, or is there pressure from the labels to do more familiar music?


KK: It was the label’s idea to do a couple of arrangements on the new album, but I enjoyed doing it!


KP: Do you feel at all boxed in by industry expectations from you?


KK: Sure, but I’m respectful of that. It’s a situation where, if they have expectations of you, at least they know who you are, so that’s something I certainly don’t have any grievance with!


KK: Well, listen. I am very privileged to have had the kind of response from the public that I’ve had, and if, in the course of getting that response, I have to meet the expectations of the public, I haven’t any quarrel with that as long as I understand those expectations and know how to meet them. That’s what we’re here for. We’re part of the entertainment industry, okay? I want to put this forth in the most positive light possible. People are favoring us with their discretionary income, which is something for which I have the utmost respect. If someone is going to spend their time on what you have to say, and, yes, what you have to sell, you need to be respectful of that person, because they worked hard for what they are giving you.


KP: That’s really a very generous way of looking at it.


KK: It’s amazing the difference that the support of hundreds of thousands of people all over the world has meant to my life. Thank you from the bottom of my heart!
There has been some discussion about possibly doing live performances, but, in my opinion, the music from the first three records is not really performable. Even with everything that is on the records, it’s mono-dynamic. How can you get someone to sit upright in a seat for an hour or more?


KP: That’s where an alter-ego can come in with a little boogie here and there!


KK: That’s what we’re trying to inject. This fourth record adds a little more contour to our landscape. I enjoy making records - I love the technology of it I love good recording studios, and don’t record in my basement. I use real pianos - the sound of a good piano is absolutely indispensable for what I do. I enjoy having the very best of everything around me in my work. I guess because I’ve never really gone out and toured any of these albums, I’m just fascinated whenever I run across them. There is enough of a little kid in me that I’m always jazzed whenever I see my stuff in stores. When we travel, we’ll stop at the local record store and go look for my albums. I hope I never lose that excitement!


KK: Almost never because I can’t figure out how to set the music before the public. This music seems to have its greatest effectiveness while you are doing something else.


KP: That’s interesting! Do you compose with that in mind or is that just an end-result?


KK: I compose with that in mind. Let’s put it this way - I try to compose in a certain style that I think this audience, as I have come to understand it, will like, and I try to do it by writing what I feel are strong, persuasive, stick-in-your-head types of melodies.


KP: Do you do any composing that is just for yourself?


KP: Is that music very different from your recorded music?


KK: Well, my favorite classical composer is Elliott Carter. He writes in a very atonal, modern, 20th century style. Some of the other pieces that I’ve always enjoyed are by Donald Martino, who was in residence at The New England Conservatory. I also like Roger Sessions, Pierre Boulez, composers like that. I would enjoy writing that kind of music.


KP: Would you consider writing or recording any of that under a different name?


KP: So, a lot of what you’re composing is specifically geared for the audience that you expect to be buying it?


KK: Yes. How does that make you feel?


KP: It’s just different. I would say that most of the people that I’ve talked to are composing more for themselves than the audience.


KK: Would that knowledge offend people?


KP: I don’t see why it should. It’s just a different approach.


KK: I would prefer that it be perceived as positively as possible, which is that I’m trying to meet the needs of the listener and am trying to make the listener as happy as I know how. The great composers in history - Mozart, Beethoven, and all those guys - worked for the royalty of the day, and they wrote the music, dare I say it, that they could sell!


KK: Exactly! It just so happens that they did it with such grace and such class that it remains the definitive example of what is possible two or three centuries later.

I’ve been fascinated by this whole experience. I’d never had any experience with new age music until I met Terence Yallop in 1995. I’m not really a new age composer. I am a songwriter. Essentially, I write the strongest melodies I can, and maybe someone, giving them a slightly different interpretation, would make a very nice pop ballad out of something that I’ve written.


KP: Have you written lyrics to any of your songs?


KK: Yes, but not this collection of material. None of my music was written with the idea of having lyrics put to it. After it is finished, if someone wants to write lyrics, sometimes it can work very well. I am an instrumentalist. I don’t have the sort of command of language that the great lyricists need in order to be the great lyricists. I respect that craft intensely.


KP: Would you be interested in collaborating with someone who writes lyrics?


KP: Yes, I understand, but I don’t think it has to be classified as foreground or background music. I rarely use music in the background. I usually listen to it as actively as I can. I hear what you’re saying, but I’ll bet that with the addition of a few other musicians and some jokes and stories to fill in, you’d be great in concert!


KK: The main thing that concerns me is that I want the reader to perceive me as somebody who is pro-audience and who is grateful for an opportunity to have a presence before the public. Hello out there! I’m glad you like my music! Thank you very much!
To learn more bout Kevin and his music, check out his website and also his Artist Page here on MainlyPiano.com.
Kevin's Artist Page • More Interviews