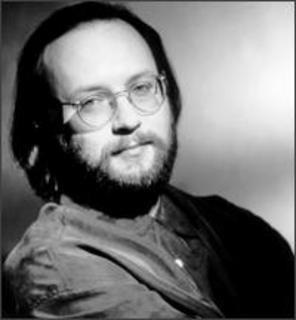 I recently reconnected with one of my favorite composers, Kostia Efimov, and want to make him part of MainlyPiano. Kostia was with Narada Records in the 1990’s and recorded two solo albums and many compilations. I had the opportunity to meet and interview him in San Francisco in March 1995, and this profile was featured in my Pianotes newsletter. I hope to do a new interview with Kostia very soon, but thought it would be fun to post this for now. Enjoy!

Quite a few students are acquainted with Kostia’s music from the two wonderful pieces in the Narada Piano Solos book. His first solo album, Suite St. Petersburg, was released last year, and is one of my favorites. He is also featured on several of the Narada compilation albums including Romance, Precious Waters, Piano Solos, Wisdom of the Wood, and A Childhood Remembered, as well as several albums with David Arkenstone. I sent a letter and package of newsletters to Kostia last fall to see if he would be interested in being a “composer of the month”, and was thrilled when he called in November saying that he’d like to do an interview. It didn’t work out at that time, but he was in San Francisco for a few days in early-March (1995), and suggested meeting at The Cliff House for lunch and the interview. I had only seen a few photos of Kostia, and he had no idea of what I looked like, so I was very uneasy when I arrived at The Cliff House to find busloads of tourists wandering around. What if he didn’t look like the photos? or if he no longer had a beard? or wore contact lenses? I needn’t have worried, though, because I knew who he was as soon as he walked into the restaurant. The next 2 1/2 hours would be a glimpse into the life of an enormously talented composer and pianist who grew up on the other side of the world in an atmosphere completely different from our own. Even so, there was a lot of common ground with music as the main focus of our conversation.

Kostia was born in St. Petersburg (formerly Leningrad), Russia on May 23, 1958. His full name is Konstantin Efimov, and Kostia is a nickname his parents gave him when he was very young. Kostia was born two blocks from the school he would later attend, one block from the Kirov Ballet, and very close to the birthplaces of two very famous composers, Tchaikovsky and Rimsky-Korsakov. Both of Kostia’s parents are actors, and when he was two years old, they left him with his grandmother while they went to work in East Germany. For the next five years, Kostia rarely saw his parents, but when he was four, they sent him an upright piano from Germany as a gift. Kostia had already been found to be a child prodigy, and he was starting to compose his own music on both the piano and violin. When he was seven, he was enrolled in the music preparatory school of the Rimsky-Korsakov Conservatory. A typical day for Kostia at this time was to get up at 6:00 AM so he could draw for three hours before school. He would go to school from about 9:00 AM until 2:00 in the afternoon. He was then required to practice the piano for a minimum of four hours and do his homework. As he got older, the required practice time was increased to six or seven hours every day. He had piano lessons twice a week, and was also required to study such subjects as Russian history, Russian literature, music history, composition, the history of the Communist party, and economics. If a child is found to be unusually talented, as Kostia was, the Russian government pays for all of his or her training. This allows talented children from any economic background the same opportunities in the arts.

When Kostia was seven years old, his parents returned to St. Petersburg. Sadly, two months later, his grandmother died, leaving him feeling very lonely. His family shared a large eleven-room apartment with thirty-three other people. There was only one bathroom for all of those people, and they all were close-by when Kostia did his hours of daily practicing. When he was ten, Kostia wanted to quit his music training so he could go out and play sports with his friends, but he was able to overcome those feelings and continue. His parents had a second son when Kostia was ten, and Igor is now working in the film industry in Russia. Kostia continued at the Preparatory School until he was eighteen, and graduated. He then enrolled in the Conservatory itself, concentrating on performance, composition, and orchestration. He also became familiar with world music and jazz, and developed an interest in ethnic music of all cultures. Kostia received a graduate degree in piano performance in 1982, and began traveling throughout Russia and Europe performing as a soloist and with orchestras as well as in his own jazz band. He performed classical music, lead a jazz fusion ensemble for three years, and also played a lot of popular music. He worked extensively as a session player (back-up for other performers), composed music for the theater, and did orchestrations for other composers. He appeared on numerous Russian recordings, but as a session player, not under his own name.

In 1989, a cultural exchange was arranged between the sister cities of St. Petersburg and Milwaukee, Wisconsin. The project was called “Clay: A Healing Way”. 7,000 people in Milwaukee and 10,000 people in St Petersburg mashed clay with their feet, and then citizens and artists made clay relief sculptures called “murals of peace” to exchange between the cities. Kostia agreed to compose music for the unveiling of the Russian mural in Milwaukee, and he and the mural spent three weeks on a Russian cargo ship making their way to the US. When he arrived, Kostia didn’t know any English, and had no thoughts about making America his home. He planned to stay here for two weeks for the festivities, and then return to Russia. At the sculpture’s unveiling, Kostia and David Lanz were scheduled to play selections of their own music, and also did some spontaneous improvisations which sparked a friendship. Kostia’s host spoke no Russian, and Kostia spoke no English, but somehow they communicated. His host was able to convince Kostia to make a tape of his music to present to Narada, and within a few days, Narada offered Kostia a recording contract. Kostia is a very strong believer in following the paths that Life opens up, so he accepted the contract and became a resident of Milwaukee. Without help or instruction, he started learning English, and is now very fluent. By the way, the American peace mural is still hanging in St. Petersburg, and the Russian one hangs at the Milwaukee International Airport.

Kostia’s first project at Narada was to collaborate with David Arkenstone on his album In the Wake of the Wind, which went on to win a Grammy for Best New Age album. Kostia orchestrated the music, did some arranging, and played keyboards on that album. He then was asked to work on a new interpretation of The Nutcracker. In 1992, he and David Arkenstone collaborated on The Spirit of Olympia, which was a tribute to The Olympics and its athletes. Since then, he has worked on numerous Narada albums, and is now working on his second solo album. Suite St. Petersburg is a collection of piano solos about St. Petersburg and Kostia’s life there. His second album will also have a central theme, but Kostia has not yet decided what it will be or whether it will be all-piano. A collection of piano solos from Suite St. Petersburg is due out in book form in the near-future, and I already have an order in for several copies, so students will be able to enjoy the experience of playing more of Kostia’s incredible music very soon.

Kostia still plays classical music as well as his own compositions, and plays in concerts as well as in jazz clubs all over the country. He is doing a lot of work on music for television commercials, and plans to move to Southern California sometime this year to be closer to that part of the business. He would like to do film soundtracks, more composing and arranging of choral music, plans to compose a cycle of 24 preludes for piano solo, and would like to compose symphonic works that would not use synthesizers. Kostia enjoys using ethnic themes in his music, and would like to do more composing for ethnic instruments. He would also like to be performing in more concerts. He seemed very receptive to the idea of doing a recital with us, so that will be an event to look forward to sometime when he is in the area!

I asked Kostia what his most exciting musical experience has been, and he said that there have been two - both were listening experiences. The first was when he was in Russia and heard a recording of Stravinsky’s Rite of Spring recorded by Leonard Bernstein and the Philadelphia Philharmonic Orchestra. The other was hearing Rachmaninoff’s Vespers performed by a choir.

I also asked Kostia how he goes about composing. He does not use a computer when he composes, but writes his music out by hand. Some of his pieces flow out easily and are completed quickly. Others start with sketches and take a long time to finish. Some of Kostia’s favorites of his pieces are “Universal Garden” on the Earth Songs album, “Sand and Water” from Wisdom of the Wood, “Winter Ride” from Suite St. Petersburg, “Girl From Barcelona” from Piano Solos, and “Cello Song” from A Childhood Remembered.

Many thanks to Kostia for taking the time to share his life and music with us. I know we will be hearing many more great things from him!
More about Kostia on his Artist Page.
Kostia's Artist Page • More Interviews