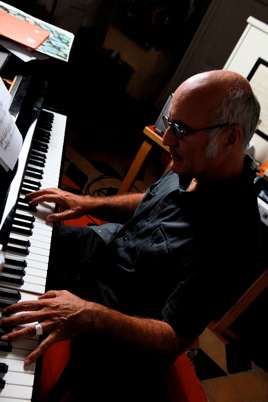 As the promotional material I received says, “Ludovico Einaudi might be the most popular musician you’ve never heard of. But if you’re a fan of film, television, or even basketball, you’ve probably heard his music.” Several years ago, I was lucky enough to have a friend from England send me the European release, Echoes, a “best of” album akin to Narada’s and Windham Hill’s releases of David Lanz’s and Yanni’s music. I loved the music, but that and Einaudi’s many other albums were always available only as imports and expensive. That has finally started to change. His latest album, Nightbook, was released in Europe last fall and just recently in the US, to be followed by a couple of concerts in CA in March 2010.

Ludovico comes from a fascinating family. His grandfather, Luigi Einaudi, was Italy’s second president from 1948 to 1955. His father, Giulio Einaudi, founded one of Europe’s most respected publishing houses. Born in Turin, Italy in 1955, Ludovico Einaudi’s musical training started at the Conservatorio in Milan where he earned a diploma in composition in 1982. He then continued his studies under the guidance of Luciano Berio. In the late 1980s, he became involved in collaborative projects in theater, video, and dance. In 1996, Einaudi’s first solo piano album Le Onde was released and became a best-selling album in the UK and Italy. Already a major star in Europe, Ludovico Einaudi is poised to become much better-known in the US as well. 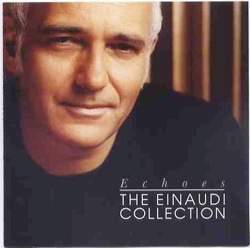 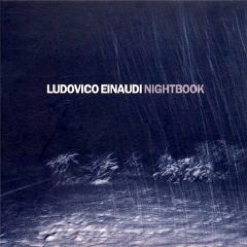 KP: Is Nightbook the first of your albums to be released in the US as well as in Europe?


LE: No, there was Divenire before.


KP: Was most of your musical training in classical music?


LE: Yes, in The Conservatory of Milano, but I learned other things by playing with other musicians such as Ballake Sissoko from Mali or Djivan Gasparian from Armenia - more in the direction of improvising variations on a theme.


KP: When did you start composing your own music?


LE: When I was a teenager. I wrote my first music playing with a folk guitar.


KP: Has your career always been in music?


KP: Do you play instruments other than the piano?


KP: Who and what are your strongest musical influences?


LE: There are so many, but I have always been interested in those composers who were in touch with popular music: Stravinski, Bartok, Prokofiev, Berio, Glass.


KP: Do you use much improvisation in your music?


LE: When I compose, yes. Then I keep a little door open in the concerts, too.


KP: It is my understanding that you are best-known for your calming, evocative pieces. I have been fascinated with “Eros,” and “The Tower” on Nightbook, as they are anything but calm and reflective. Are you going in a more experimental direction with your music right now? How have those pieces been received by your longtime fans?


LE: I don’t like cages and I like to explore my musical ideas and my emotions when they come to me. My fans have reacted very well to both of those pieces, and in the concerts, I get the strongest applause when I play them. I like to take my audience into different adventures and they seem to enjoy it, too. 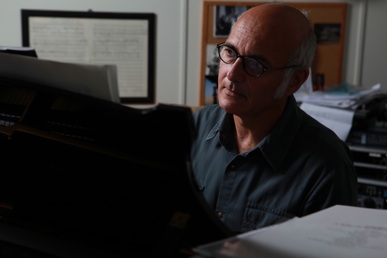 KP: I read that the inspiration for Nightbook was the transition between light and dark, the known and unknown. The playing order of the various pieces is kind of in waves - up and down, calm then more vibrant, bright and then somber. Was it your intention to make this album a sampler of your various composing styles?


LE: No. The idea was to create musical contrasts. I didn’t want to create an album that had just one color. I tried to frame each piece with its opposite in order to have a constant variation of colors, rhythms, and weights with the piano always as a leading character.


KP: It looks like your upcoming tour will bring you to California. Will that be a first for you? Have you performed other concerts in the US?


LE: I’ve been in the US few times, but this is the first time I’m bringing my band of five musicians.


KP: Since your music is very diverse, how would you describe it to someone who has never heard it?


LE: Think of a musical kaleidoscope where you could always find something that has a connection with your life and memories.


KP: What kinds of things do you like to do when you aren’t doing music?


LE: Cooking, looking for furniture and textiles for my house, gardening, walking in the mountains.
Many thanks to Ludovico Einaudi for taking the time to chat with us! For more information about him and to hear samples of his music, please visit his website and his Artist Page on this site. You can also visit iTunes and Amazon.