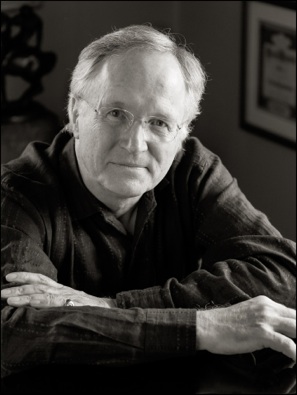 When asked who my very favorite artists are, Michael Hoppé always quickly comes to mind. I first came in contact with his music when asked to review his 1999 release, Afterglow, with cellist Martin Tillman and flautist Tim Wheater. I loved that album and went looking for more music by Hoppé, finding The Yearning, The Dreamer, and The Poet, all of which blew me away! (The Yearning is still one of my all-time favorite albums.) In 2003, I did an interview with Michael for Solo Piano Publications that is still one of my favorite interviews I’ve done. That experience also created a bond of friendship that I will always truly cherish.

With the release of his newest album, Serenity, I thought we were long past-due for an interview update, so here it is. If you’d like to read the earlier interview as well, click here.


KP: Hi Michael! I hear you’re in the process of packing up to move from Portland, OR to Mexico. How’s that going?


MH: Well, it is at times overwhelming! My wife and I are used to changes, and when I was working at PolyGram in the ‘70’s and ‘80’s, we moved four times - but that was a few years ago when we were a few years younger!

We are moving to San Miguel de Allende, a beautiful UNESCO heritage town northwest of Mexico City. Incidentally San Miguel was voted by Conde Nast Traveler as the #1 town in the world. I’m not quite sure how any town can be that, but still, it was quite an accolade! 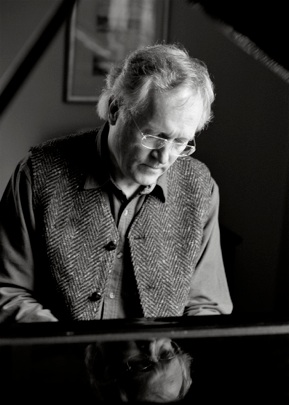 KP: Wow! #1 city in the world? I wonder what their criteria was. I did a little browsing on the internet, and it looks like a beautiful and exciting place!

I just read through the interview we did back in 2003 and was amazed at how much ground we covered! Readers who would like to know about your life up until then should definitely read that interview! This one will be to bring things up-to-date. We only have eleven years to cover!

Your most recent album, Serenity, is gorgeous! If this one doesn’t earn you at least a Grammy nomination, I will completely give up on that organization! Anyway, Serenity is a collection of thirteen viola and keyboard improvisations with Harold Moses. What was the inspiration for this album?


MH: Well, my concept was one of total improvisation, as heard on Afterglow with cellist Martin Tillman and flautist Tim Wheater and Wind Songs with Tim. Both albums contain some of my most favorite music, and all without a safety net of structured composition. Serenity followed in these footsteps.

I would play an opening chord just to establish the key, and then Harold would play off it. I then provided another chord which gave Harold further room and inspiration to fly. Obviously, one cannot make such music successfully unless you are very much on the same page and on the same musical wavelength.

I should add that all tracks were recorded in one take and without edits. Everything was very much in the now. As I have said, I particularly love this album because it was so effortless to make. 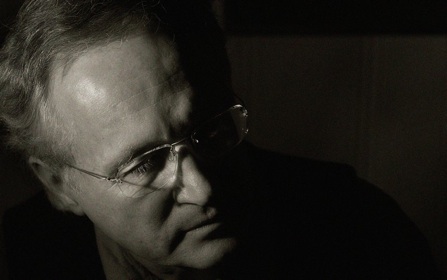 KP: It’s truly a magical album! How did you and Harold Moses come to work together?


MH: After recording Afterglow and Wind Songs, projects that were totally improvised, I realized how extraordinarily beautiful such music can be when in the hands of such master players as Martin and Tim. Harold and I had previously worked on several projects together, and I had already seen how extraordinary his improvising skills were. So we set aside a day to see if Lady Inspiration would pay us a visit - and as you heard on Serenity she made her presence felt!


KP: Big time! Each track has a haiku by Brett Brady. How did that come about? (They’re lovely!)


MH: Brett is my brother-in law and we have been very close friends for years. He is an award-wining poet and his haiku are quite extraordinary. Wind in The Pages is a collection of his work, and his haiku have graced many of my albums. We also made an album together called Two Eagles Soaring (available from CD Baby) where I set to music Brett’s narration of his haiku. 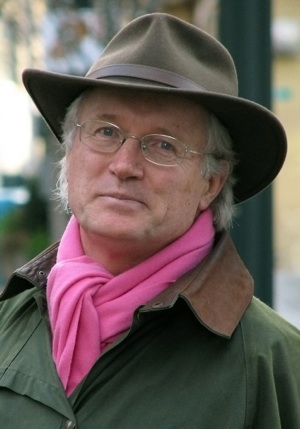 KP: Each of the thirteen pieces on Serenity is named for a month plus the last one is “A New Year.” Did you improvise with each of the months in mind or did you organize them by month later on?


MH: When I assembled the master of thirteen tracks, the pieces were sequenced by keys and moods. It was Brett’s idea after listening to the album many times to write a haiku for each track, for each month of the year. What is really extraordinary is the haiku he wrote for “A New Year” features the final word “Nightingale.” As it happens, this is the title of a new project of mine - which he had no idea about.


KP: Interesting! Looking over the CDs that you’ve released over the past several years, the variety is really impressive. Last year’s Grace includes photos by your daughter, Rebecca Hoppé; Tapestry includes poems by Therese Tappouni and photos by your grandfather, E.O. Hoppé; Nostalgie is a collaboration with harmonica master Joe Powers; Romances is solo piano (at last!); Requiem is very classical and includes several vocal pieces; Prayers is a collection of prayers read by Michael York and set to your music. Does the well ever run dry or are you constantly inspired to try different musical directions?


MH: My inspiration and ideas are really reflections of who I meet. All of my albums except Romances are collaborations. So hearing Joe Power’s
remarkable harmonica playing resulted in Nostalgie, hearing Mitsuki Dazai’s incredible talent on the koto resulted in Far Away, and so on. For me, collaboration is the name of the game, and has been for all of my career. 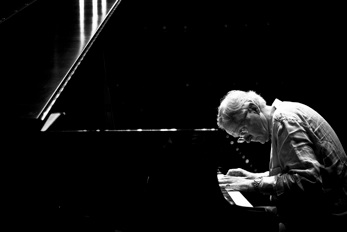 KP: One of my favorite quotes from our previous interview was when we were talking about why a composer (you!) who seems truly contented and together writes such sad or melancholy music. This is the quote: “I can’t really say where it comes from, but I have to play, record, and compose music which moves me, and happiness, in musical terms, doesn’t cut it at all. I don’t like jolly music. Most of my music really is internal - it’s heart music. It’s reflective and evocative.” That really hasn’t changed much, but I think your music has become a bit mellower and more serene. What do you think?


MH: Well, Kathy you would know best! And you are completely right about the ‘serenity’ aspect. Perfection for me, is when there is an energy in the music that does not give way to an increase of sound, just the energy of beauty, and that often results in serenity. For example, I listen to Bach’s Goldberg’s Variations constantly, more than anything else (including my own music!). It has all the energy and serenity one could wish for - a totally satisfying endlessly listenable work. 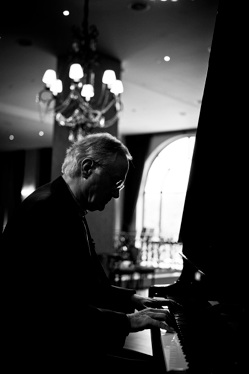 KP: I agree! Is the fiesta-style Mariachi music in Mexico going to drive you nuts? That’s really jolly music!


MH: You know, I love that music! From joy to heartbreak, the music is full of sweet harmonies and lilting melodies, and often in ¾ time. Perfect!

Are you working on your next project now or just concentrating on making the move and selling your beautiful Portland home?


MH: The preparation for our move to San Miguel overrides even music at the moment, but I must tell you of a wonderful gift I was given last year:

Miracles sometimes happen in life. Last summer my wife and I were in Tuscany and we decided to visit the beautiful town of San Gimignano. As we strolled along the town’s ramparts in the late afternoon, gazing at the shimmering Tuscan landscape, I heard a young woman strumming her guitar and singing in a most beautiful voice.

We stood there both captivated and enchanted. I noticed she was selling her CD of Tuscan folk songs (The Voice of Tuscany sung by Giuditta Scorcelletti) and I decided to buy one. Placing the money in her CD basket, I also included my business card which had my contact information.

Several weeks later when we had returned home, I received a surprise email from Giuditta saying she hoped I had enjoyed her album and that she had gone online to research my music. It appeared the music really spoke to her. She inquired if she might record one of my songs, “Love Overflows,” which I had recently written with lyricist David George. 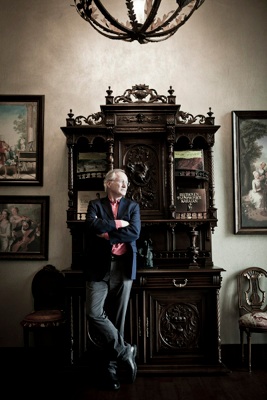 Giuditta sang a beautiful version of “Love Overflows,” which led her and her producer/guitarist husband, Alessandro Bongi, to record a whole album of my music featuring David’s lyrics. Frankly, David and I had been waiting for years for the right voice. Through this chance meeting in San Gimignano and a fortunate placement of my business card, a miracle occurred - we had finally found the voice we had been looking for so long!

As you will hear, Giudiita sings like a nightingale, hence the album’s title:
Nightingale! Here is a sample of the music:


KP: Wow! So where Serenity left off, Nightingale begins - you couldn’t have planned that any better! I can’t wait to hear it!

You seem to be performing in Korea on a regular basis but don’t do concerts very often in the US. Are Korean audiences more receptive to your style of music?


MH: Well, it really comes down to who organizes the concert because, for some reason, I am unable to spend time doing it myself. I have been to Seoul now five times, and will return again next year.

This year’s concert turned out to be the most important I had ever given, because it became a memorial concert for the victims of the ferry disaster that had only just occurred. 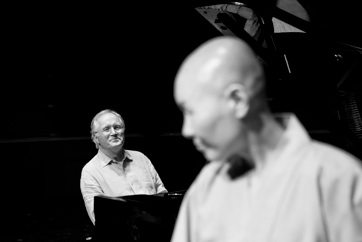 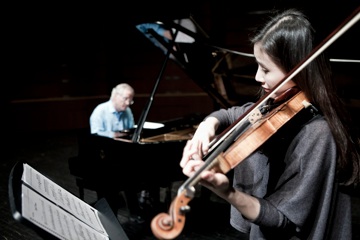 The whole country was in mourning, and although all the entertainment venues were closed in Seoul, my concert was deemed to be of appropriate music for such an occasion. A renowned Buddhist monk MC’d the concert, and the audience was requested not to applaud but to show their appreciation by waving the white flowers they had been given at the door. So after each performance a sea of over 2,000 white flowers were silently fluttering in the darkened auditorium. It was incredibly moving as you might imagine. The audience was allowed to applaud in the second half of the program, which they certainly did. I concluded the concert by singing “Love Overflows” - something I had never ever done before!


KP: Another testament to the healing power of music! Here’s a link to a video of the performance of “The Parting” at that concert in April 2014.

I’d love to see you play live but have never had the opportunity! Actually, I know several artists who travel to Korea at least once a year but rarely perform in the US. Why is that?


MH: Probably, in my case anyway, because the concerts were organized.

I have to say, the Koreans are very responsive to this music, and as an artist one feels very appreciated. We simply speak the same language. KP: Besides the move (very major!), what’s up next for you?


KP: Is there anything else you’d like to chat about?


MH: Well, I have to go back now to packing.

I would like to say from all of us artists how much we appreciate everything you do for our music. You are the ultimate evangelist, and we are so grateful.


KP: Ah, thanks! It’s very easy to be inspired by and get excited about your music! 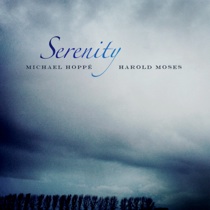 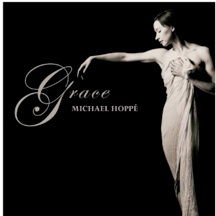 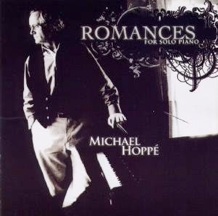 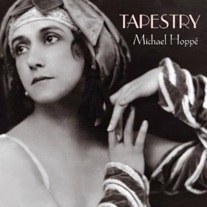 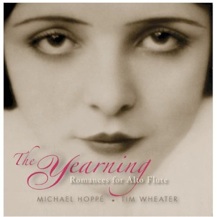 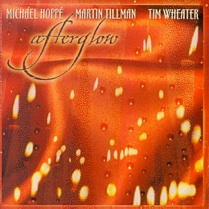 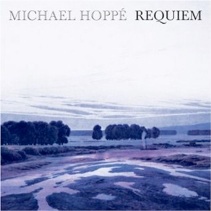 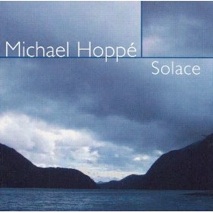 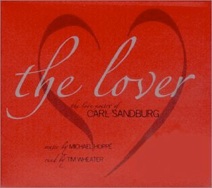 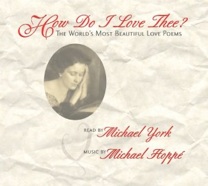 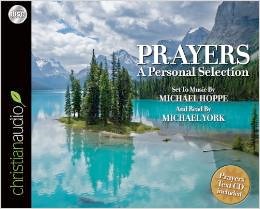 Albums without MainlyPiano.com reviews that were mentioned in this interview: 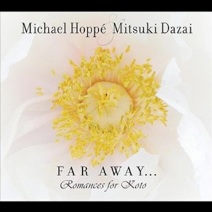 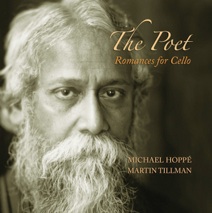 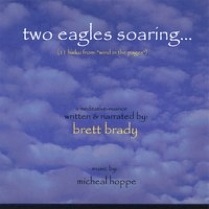 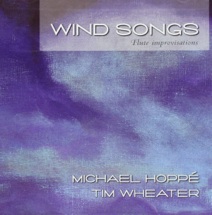 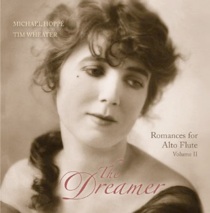 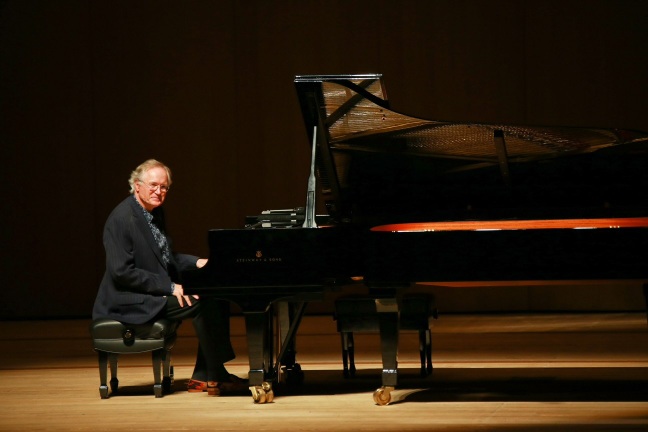 Artist photos by Rebecca Hoppé and Pete Perry. All photos in Korea by Mandoo. Used with permission.

To learn more about Michael, visit his website and his Artist Page here on MainlyPiano.com.
Michael's Artist Page • More Interviews