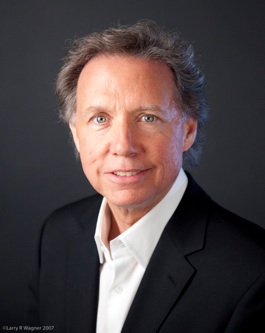 Artist photo by Larry. R. Wagner.
I finally had a chance to meet and get to know Mike Strickland a bit in August when he and his daughter, Elizabeth, performed a concert at my house. I’d been hearing for many years what a phenomenal performer Mike is, and every superlative word was true! He played a very wide range of musical styles from standards to boogie-woogie to classical and his own wonderful original compositions. (Elizabeth was also incredible!) Mike has released twenty-two CDs to date, and they are also all over the musical map. He also has a very large selection of videos on YouTube, so you can literally watch him play any time. Mike and his family live in Oregon a little north/west of Salem. I think you’ll enjoy getting to know him a bit better as much as I did!


KP: Hey, Mike! How are things is McMinnville today?


KP: It’s been raining very steadily here, too. We have a big lake behind us that wasn’t there yesterday! I’m still hearing lots of great comments about your concert here in August as well as the one at the Florence Events Center a couple of weeks later. Are you still doing a lot of performing?


MS: Yes, I just finished a tour in Mississippi where I did three concerts, and I’m getting ready for an orchestral date with the Salem Pops Orchestra in March where I’m writing and performing six new pieces with them.


KP: Wow! That sounds exciting! I hear you have two new CDs ready to release. Tell us about them. 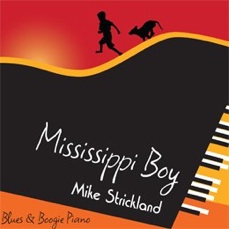 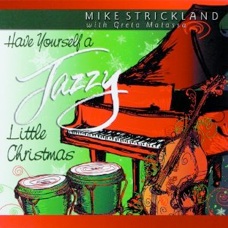 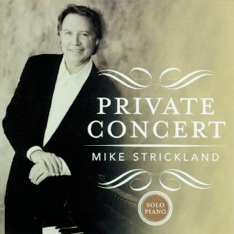 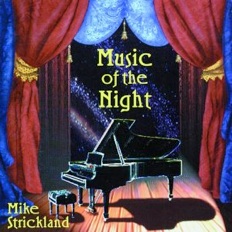 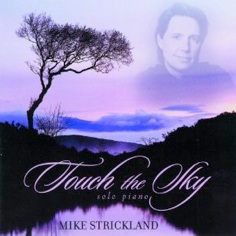 MS: The first, Mississippi Boy, just released in December. It’s a CD based on my Mississippi roots - all blues and boogie piano. I wrote all but two tracks on it. The covers are “Your Mind Is On Vacation and Your Mouth Is Working Overtime” and “Beat Me Daddy Eight to the Bar.” I sing on both of those. The second CD is called Fantasy and will release in March 2011. It’s more thematic, cinematic - very dreamy and piano based, and all of the tracks are original. It’s really a fun project! Both of these CD were recorded from April thru October 2010.


KP: I remember songs from both albums that you played at the concert here, and they were incredible. I’m especially looking forward to Mississippi Boy! I was amazed by what an eclectic performer you are. How did you become so diversified?


MS: Tons of performing and decades of playing, rehearsing, and developing my style. Concerts, piano bars, hotel and restaurant gigs, weddings, birthday parties, you name it! I grew up in the South where we were fairly social so the gift of gab and being an impresario came easily. Being in a piano setting with the public is so fun, but I worked hard over the years developing repertoire based on what I saw people requesting, trends of the day, and I’ve never been one to do just one thing like jazz or classical. I’m more of a stylist doing many genres well as opposed to only doing jazz fantastically.


KP: You make it look so easy! When you were growing up in Mississippi, were you able to see some of the jazz and blues greats perform?


MS: Yes, all the time. There are so many festivals down there. The music is so infectious in the deep south. Really different rhythm sections - a very deep groove the guys lay down. Great feel and energy! I remember hearing and dancing to Clifton Chenier on the Delta Queen riverboat in New Orleans – a great night! And hearing Clarence Gatemouth Brown at a roadhouse in Baton Rouge - that was fun! I saw BB King a number of times. One particularly memorable one was at the Lamar Theater in Jackson - the place was rocking!


KP: I’ll bet! I saw him in San Francisco about the time “The Thrill is Gone” came out, and was mesmerized! How did that influence your own music?


MS: Big time! The free, spirited joy of the blues and improv really stays in you. Music is all about feel and motion, energy. You have to let it run through you and go with it and create with it.


KP: Did you study classical music as well?


MS: Not really classical in a strict sense. My teachers were what I’d call good, average neighborhood teachers, but they sensed my ability to play by ear and fed me lots of popular songs. My parents did the same things. There was always a new music book suddenly showing up at the piano. (My mother was a bright lady!). But I did have a solid education through college where I studied music composition at Cal State Northridge.


KP: You also have a huge repertoire of standards and pop music. Do you have to play all of this music frequently to keep it in your head, or is it pretty reliably there all the time?


MS: Oh, it’s there! The way I play and learn is this: I know theory really well so I’ll learn a piece not only on my fingers but in my head intellectually (music theory) as well - chord structure and scales. So by knowing the piece chordally, I’m not just relying on finger memory alone. It does help to play the pieces every so often and sing the lyrics to keep them from gathering too much dust.

I played four and five nights per week at piano bars and restaurants, sometimes forty-eight weeks a year, for many years. Some nights were slow and I’d play certain songs in different keys than I normally played them in to keep it fresh. That’s great for your head - keeps you thinking about how the song is structured.


MS: Yes, usually advanced students who already get around the keyboard well. I enjoy it and the older I get, the more I want to pass on the gift of music to others.


KP: I know what you mean! What and who have been the biggest influences on your music?


KP: You made quite a splash with your short animated film and the song “Spread Joy.” What was the inspiration for the song and what gave you the idea to animate it? 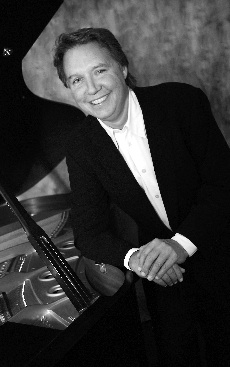 
KP: Have you done many concerts with that group of artists?


MS: Yes, I did some of the early Whisperings concerts in Seattle with David Nevue and friends. We just did one in Portland this summer.


KP: I also really enjoyed seeing Elizabeth perform. How is she doing?


MS: Great, she’ll be entering college in the fall of 2011 as a classical piano performance major. She’s an amazing young lady. We’re really proud of her. Hey, today’s her birthday! She’s playing a Chopin etude (A minor) right now as I write.


KP: Please wish her a Happy Birthday for me! How old was she when you discovered that she is very gifted musically?


MS: Prenatal! I’m not kidding! Naw, I’d say about one year old - she was rocking to the beat while on her hands and knees when I was working in the studio. She’s always had a good sense of time and melody.


KP: How old were you when you wrote your first piece?


MS: Oddly enough, my first official piece was composed at age 19. I probably had other little ditties that I played during my early years, but I didn’t really gravitate to writing until late teens. Up until then, I was busy developing hundreds of songs in my repertoire.


KP: How old were you when you started performing?


MS: Age 7. I did a song from Kiss Me Kate and had to dress up in a 12th century costume with a large decorative collar complete with leotards. I was thoroughly embarrassed by it all!


KP: I’ll bet you were adorable! When did you start performing with your dog, Sadie? Did she just start singing along with you one day?


MS: Yeah, she’s an Australian Shepherd so she’s a working dog - likes to have a job and to do things. Barking to the songs is easy for her. She likes it when I sing - always wants to pipe in. She’s performed in more than 100 concerts with me. She’s a professional dog! 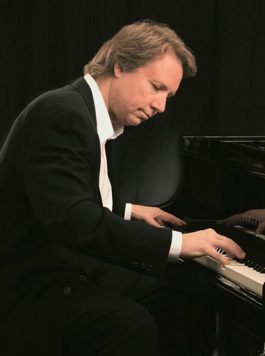 KP: That’s great, and I’ll bet she works cheap! What has been your most exciting musical moment or experience so far?


MS: Seeing my daughter play a complete classical piano concert. That was the best! And I’ll have to admit, playing with an orchestra that’s playing your music is thrilling, too. Love that!


MS: Not specifically. I’m all about line, shaping the melody, texture, motion, beauty, harmonic interest. Music is such a spiritual thing. You have to respect it and go with it. That’s where the magic happens. Don’t force the music, but allow it to flow. I guess my mission is to influence audiences and people in a positive way, to create an experience that folks can hopefully take home something that’s good, inspiring, and aesthetic.


MS: Oh, that’s a tough one. How about: 1. Restructure the food industry, the insurance industry, and the medical industry to get more real on sensible preventive health and wellness. 2. Music is required in school and you have to swing well in order to graduate. 3. World peace.


MS: I’ve got fourteen songs to arrange and chart for a January 5-6 session here with Clipper Anderson on bass, Mark Ivester on drums and me on piano for a record I’m producing for Diva and the Dixies, an all girl vocal group. Then I jump into writing for a sixty-piece orchestra on six pieces that I will perform with the Salem Pops Orchestra on March 12, 2011. That will be fun! I’ll debut four new original works.


KP: Very best wishes with all of your projects, Mike! You are truly an inspiration! 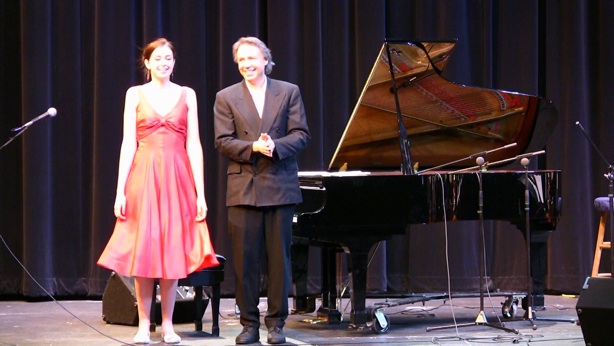 Mike and Elizabeth Strickland.
For more information about Mike Strickland and his music, please visit his website and his Artist Page on MainlyPiano.com.
Mike's Artist Page • More Interviews