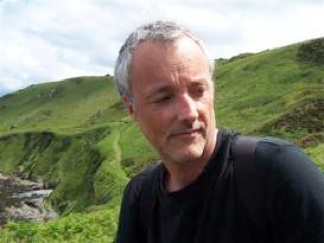 KP: How is Spain this time of year?


RZ: Hot, dry, and humid. It’s a time when everything goes at a slower pace because many people are still on vacation or only just returning.


KP: I know you were born in Switzerland and started piano lessons when you were five. Tell us about your early life and formative years.


RZ: When I was 5 years old, my mother put me on her lap and introduced me to the piano. I remember this very well. Weeks later my mother told me that she would reward me with $2 if, by evening, I could play all three parts of a waltz she played for me in the morning. Well, I achieved this and my parents decided to send me to a private piano teacher. My teacher was a professional and a very kind person, but after three years, I had the desire to play other music besides Czerny and “Für Elise.” I began to play songs that I heard on the radio. This was the kind of music I really loved when I was 8 and 9 years old. It was probably the most important moment in my “career,” because just listening to music and replaying it trained my ear, the foundation for improvisation and composition later on.

Over time I lost interest in my traditional classical piano training and became more and more interested in playing music by ear. This is how I discovered the harmonic concepts by myself. Years later I bought books and taught myself, starting with blues, jazz, and a copy of the “Real Book.” Later on, I studied jazz at the Music Conservatory in Vaduz, Liechtenstein.


KP: When did you first become interested in music?


KP: What kinds of music did you listen to then?


RZ: Mostly classical music or some of those really fluffy songs that were popular at that time. I don’t remember the titles, but I still remember some of the melodies.


KP: Do you play instruments other than the piano?


RZ: Well, different keyboards … and the wooden flute I learned to play in elementary school. So, not really …


KP: When did you leave Switzerland?


RZ: Nearly ten years ago, in January 1999. It was a very important step in my life. I left my country, my parents, friends, my language, my profession as a lawyer, and moved to Spain, barely knowing three words in Spanish. It was quite an adventure, but in retrospect it was the best thing I’ve ever done in my life.


KP: What motivated you to make such huge changes in your life?


RZ: At that time I had already overstayed my living in two worlds, meaning the music and law. For a long time, my soul had been longing for a major decision. Then one day a window of opportunity opened when I was in Spain. I decided in one night to take advantage of it and to begin an entirely new life.


KP: How long did you practice law?


RZ: I practiced law for ten years at a law firm and also at the court for one year. When I came to Spain in 1999, I decided to dedicate myself entirely to music.


KP: What type of law did you specialize in?


RZ: The system is different in Europe than in the States. It would be too complicated to explain it here. Basically, I practiced civil and penal law.


KP: You have released three incredible solo piano CDs in the past eight years. Did you release any recordings prior those?


RZ: Nothing that has been published on a CD. I composed soundtracks for several projects, mostly by Arno Oehri.


KP: Do you plan to do more solo piano recordings? I hope so!!!


RZ: Yes, of course. Right now, I am in a moment of major change. I seek a living situation with new inspiration. When everything is in its place, which should be in a few months, there will be much more.


KP: You have done quite a lot of music for film and multimedia productions. Let’s talk about some of those projects.


RZ: Well, people have always said that my music complements images and film. It started in the late 1980’s when Arno Oehri asked me to compose the scores for different performances, videos, and theater productions. A very nice project I worked on with Arno was a documentary about Norman Lee, the son of a family in Liechtenstein, who emigrated to the US. Norman Lee then became a famous clarinetist and big band leader in the US.


KP: Your piano music is incredibly atmospheric and emotional. What inspires you to create such passionate music?


RZ: That is difficult to answer. In my case it works this way:

first of all, there are the outer factors - I need space and freedom. Then there is the piano. (You have to love the piano in front of you). Then I improvise. By doing this I discover my inner world. Concentration is the most important factor, to be 100% absorbed by what is happening in the moment. And then suddenly I am somewhere else. All of my compositions were created in this way. I never sit at the piano with the purpose of composing (except if I really have to). I sit at the piano to enjoy myself improvising, and if it happens that something appears to me that is worth recording, I record it and later work on it “to give it form.” 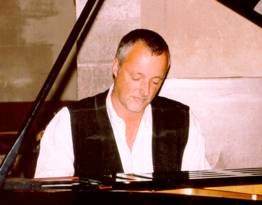 KP: Was the music for “L’horitzó (The Horizon)” composed specifically for Manuel Solà’s sculpture in the film or was the music there first? That’s an amazing piece of music - it’s so spare but so powerful.


RZ: The music for “L’horitzó” “came” to me just a few days before Manuel called and asked me to compose music for a multimedia project. When the film material came in, I immediately saw that the music I already had went perfectly with the mood. So, already having the motive, I started to compose the whole twenty-five minutes in just three days, working day and night. It was so much fun.

“L’horitzó” (The Horizon) was an exciting project and it’s one of the best examples for me, of how everything synchronizes if several people do the right thing at the right time. The group consisted of a sculptor, a film director, a poet and a musician, and without even knowing each other this project was created in a relatively short period of time.

The seven-minute DVD - although very well made - cannot fully represent the impression received by being in that dark room for twenty-five minutes. People have told me they felt transformed after the experience. The music plays continuously in variations and the sculpture seems to float in the room. The floating is created by the projection of the film and the poems onto it.


KP: Is the multimedia installation a traveling exhibition or does it stay in the same place all the time?


RZ: The installation was sold a year ago. I don’t know where it is right now. I would have to ask Manuel.


KP: I’ve watched the clips of “All Secrets,” your most-recent film project, and think it looks like a fascinating film. Has it been released in Europe? Do you have a release date for the US or for the DVD?


RZ: “All Secrets” is a beautiful film in every sense: images, acting, and script. The premiere was in August 2008 in Edinburgh.


KP: What are some of the projects that you’re working on now?


RZ: There is another project pending with Manuel Solà and there will be a fourth CD, but as I mentioned earlier, my wife and I are considering changing our living situation. This is our first priority right now. Once this is done, I will dedicate much more time to music than I do right now. It requires some patience.


KP: It appears that you enjoy collaborating with other artists and creating work that is much more sophisticated and cerebral than mainstream or commercial endeavors. Is it still easier to truly be an artist in Europe and to be accepted and even revered than it is in the US? It seems that in the US, all of the arts have become so homogenized, and the artists who dare to be different have a really tough time being seen and heard.


RZ: I don’t know if Europe or the US is easier for an artist, because I have never lived in the US (but maybe one day I will ☺). Barcelona is a good place for all kind of arts, especially visual arts. There might be other places that are more favorable for musicians.

In general I think it’s less a question of where you are than who you are and what you want. I want to learn, to grow, to experience the deeper levels of this thing called “music” and – if I really dedicate myself with my whole being to it – perhaps I will have the good fortune of creating music that will be remembered beyond the duration of my own life.

It’s about priorities. And one’s “belief system” will define those priorities. Fears are counterproductive and the limitations we “see” are mainly in our own heads.

The desire to learn, to discover, and to experiment includes for me the desire to explore different cultures, especially the old ones and the artwork of the real masters of the last centuries. If you don’t broaden your horizon, you run the risk of becoming boring and as you say “homogenized.”


KP: Many of the US pianists I know are finding much more appreciation in the Asian markets such as Korea, Japan, and Taiwan. Have you tapped into those markets yet?


RZ: Yes, for example, the guys at Happyday Newage Radio from South Korea are big fans of my music. They are very nice and kind people.


KP: You have been a Whisperings Artist for a while now. How did you hear about Whisperings? David Nevue raved about your music when I saw him a few weeks ago, and I was in complete agreement!


RZ: I got to know Whisperings through the internet when I decided last year to dedicate more time to web promotion. I would love to meet David in person one day. I, as many others are, am indebted to him. He is very supportive, and he is talented in so many ways, not only as a musician. 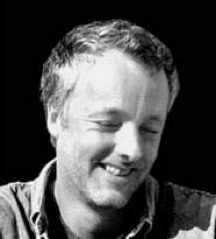 KP: You mentioned that your wife is American. How did you meet? Is she an artist or musician, too?


RZ: We met (or found) each other here in Spain. Pamela is an actress and a published author. She also leads seminars for women and teaches alternative healing techniques.


RZ: There are so many influences, from classical music to jazz and rock, and all kind of beautiful ethnic music out there in the world.

Many influences are not even musical. For example, just watching one of Andrei Tarkovsky’s films can be a source of inspiration for your entire life.

Many thanks to Ralph Zurmuhle for taking the time to talk to us. For information about Ralph and his music, please visit his website or his Artist Page here on MainlyPiano.com.
Ralph's Artist Page • More Interviews