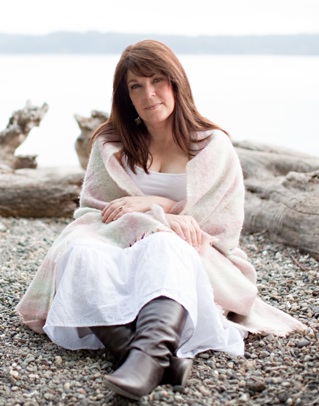 Rhonda Mackert will be appearing in concert here with Cathy Oakes on March 13, 2013. A Seattle-area pianist/composer, Rhonda has released two CDs so far and has several more in the works. We did this interview via email in early February 2013.


KP: Hi Rhonda! I’m getting really excited about your concert here with Cathy Oakes on March 13th! What do you have planned for us?


RM: Thanks Kathy! I'm really excited about the concert, too! It should be a very fun evening. I'll be playing some music from my first two CDs as well as some new music I've been working on.


KP: Sounds great! Your most recent album, A Wild Beauty, was released in 2011. Tell us about it.


RM: A Wild Beauty was inspired by a cruise my husband and I took to Alaska. The vastness and rugged beauty of the scenery really made an impression on me and I wanted to try to capture that musically. 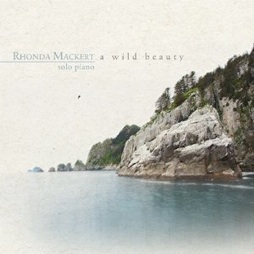 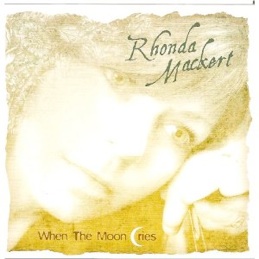 KP: I really enjoyed reviewing that album and look forward to hearing some of the songs live! How many albums did you do prior to A Wild Beauty?


RM: I released my first and only other album, When the Moon Cries, in 2007. I never really planned on or expected to record anything, but after several years of people asking, a friend offered to record me. I agreed just to get people to stop asking. I didn't really expect anything to happen with it, but the response was quite favorable. It actually placed 4th in the 2009 Just Plain Folks Music Awards, Best Album Solo Piano category, beating out albums by some of my piano heroes.


RM: Yes, albums #3, 4 and 5! I'm currently working on music for a Celtic-inspired album, a Christmas album and another regular solo piano album.


KP: Wow! It should be an exciting year! Tell us a bit about your early life.


RM: I had the privilege of growing up in the foothills of Colorado. Our property bordered a state park so on the weekends, my parents, brother and I would often go hiking. There was always a lot of wildlife around as well. I think that's part of the reason I enjoy nature so much. It was a really beautiful place to grow up.


KP: Are any family members musicians as well?


RM: Yes. My dad used to play a little guitar and my grandfather played the four-string banjo. He also had a gorgeous pump organ, but I don't remember ever hearing him play it. My brother is a really gifted percussionist. He plays primarily jazz, but he's so skilled and versatile, he can really play anything.


KP: When did you become interested in playing the piano? 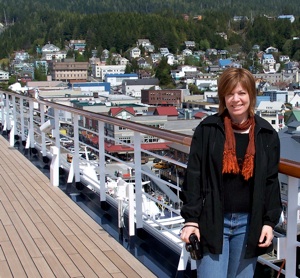 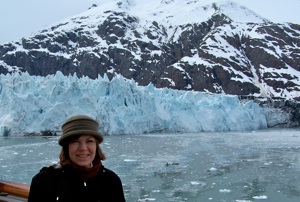 5-07 Rhonda at Grand Pacific Glacier.
KP: When did you start piano lessons, and how long did you take piano lessons?


RM: My mom found me a teacher when I was in the third grade and I took lessons for about three years.


RM: Yes. When I was in the 6th grade, I switched from the piano to the flute. I studied and played the flute through high school. I also play a little guitar and Celtic harp.


KP: When did you compose your first piece?


RM: Hmmm… I think I was in the 4th or 5th grade. It was one of my piano lesson assignments. I still have a copy of it. I titled it, "The Fairy's Meadow of Harps" and it was almost entirely arpeggios.


KP: Do you also teach piano?


RM: Not any more, but I used to. It sounds kind of funny, but I don't really know all that much about piano, so I just taught beginners. The little bit of theory I know now, I learned by teaching those lessons!


KP: Are you able to make a living with just music?


RM: Not yet, but my husband is hoping I'll be able to sooner than later! Haha! 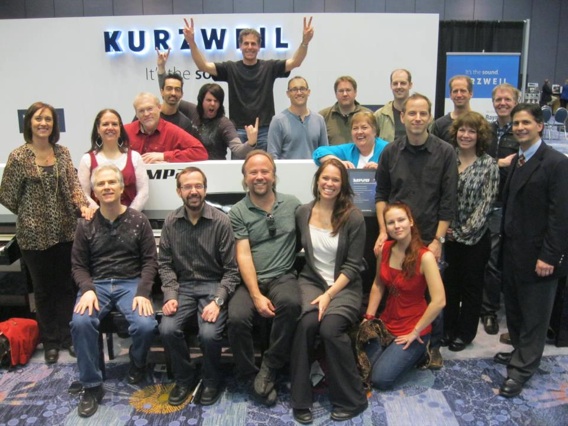 
RM: I got accepted into Whisperings with the release of A Wild Beauty in 2011. I had submitted When the Moon Cries, but was turned down primarily due to the sound of the piano and recording. I was disappointed at the time, but it was a blessing in disguise. David (Nevue) encouraged me to connect with Joe Bongiorno and record my next CD at his Piano Haven studio. I followed his advice and had a fantastic recording experience that resulted in a beautiful sounding CD as well as a friendship with Joe. During that time I also attended as many Whisperings concerts as I could and that really inspired me.


KP: Have you done much performing with the Whisperings group?


RM: Not yet, but it looks like I'll have a lot more opportunities to do so this year. 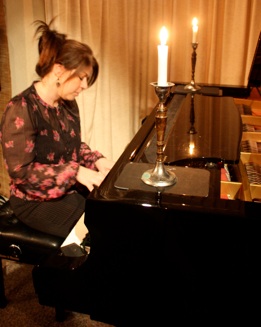 KP: Who and what have been some of the major influences on your music?


RM: We listened to a lot of jazz in our home when I was growing up, but when I was taking piano and flute lessons, my influences were largely classical - Bach and Telemann primarily. Later, I listened to George Winston and other Windham Hill artists as well as a lot of Celtic music.


RM: In classical music, it would be Bach, Telemann and Vivaldi. Contemporary would be David Lanz, Chad Lawson, especially for his compositions on The Piano and well, most of my Whisperings peers.


KP: Chad is an amazing pianist! And, well, what else can I say about David Lanz? Those are two of the very best!!! Who are some of your favorite performers?


RM: Piano performers? The first two who come to mind are Mike Strickland and Joseph Akins. They exude so much joy when they play and they really know how to engage an audience. I also really enjoy watching Kendra (Springer) Logozar perform. She has that same joy and light when she plays. And of course Scott D. Davis puts on a quite a show.


KP: Actually, I meant any performers, but that’s a good list. I haven’t met Kendra yet or seen her play, but I hope she and Michael can come and play sometime soon. What inspires you to compose? 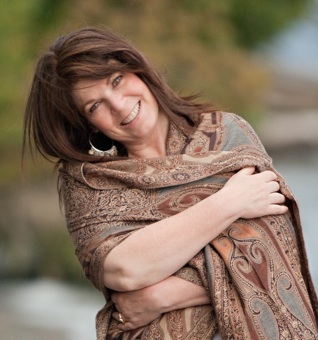 RM: There are really four areas of inspiration for me. Nature is one. I try to find ways musically to express the beauty and mystery in the world around me. My relationships are another source of inspiration. There's a piece on A Wild Beauty that was inspired by my husband. I've also written music for some of my friends' weddings and lullabies to celebrate the births of some of their children. My spiritual life provides inspiration as well. Often I will just sit at the piano and "pray through my fingers." Some of my greatest moments of inspiration come first thing in the morning when I just sit at the piano and let my fingers find their way around the keyboard before my inner critic wakes up. In those times, I never really know what I'm doing and I'm not really thinking of anything. The music just pours out.


KP: Do you have sheet music for any of your pieces?


RM: Unfortunately, no. That's one of my priorities for this year though.


RM: Once I heard someone say people were drawn to beauty because there is so much darkness and violence in the world. People need beauty to remind them there is something more. There's hope. I always pray that God uses my music to touch people. If they hear something in my music that brings them peace and hope, that's the greatest gift I can give them. 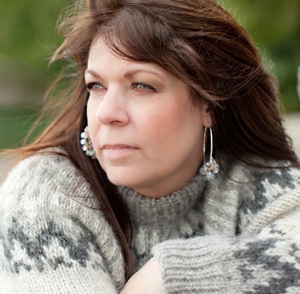 KP: What has been your most exciting musical moment or experience?


RM: I would have to say hearing from David Nevue that I'd been accepted into Whisperings. That was and is truly a dream come true! David has created such a wonderful and unique "family" network and musical platform for pianists. Its a huge thrill and honor to be included in it.


KP: I agree! If you could have any three wishes, what would they be?


RM: 1. To continue to grow musically and one day make it onto a Whisperings sampler CD
2.to be braver and take more risks
3. to have a never ending supply of chocolate at my disposal.


RM: I'm hoping to get into the recording studio late summer or early fall. I'd love to get two of the projects I'm currently working on recorded this year. Of course that means I'd better hurry up and finish them! Cathy Oakes and I are also planning a small tour in Texas and my husband and I are going to start hosting some house concerts this year.I already have quite a long list of Whisperings artists who are interested in performing at our place.


KP: Hosting concerts is a blast! Is there anything else you’d like to talk about?


RM: I can't think of anything else but to thank you for all you do to help, encourage and promote pianists like myself and our music. And thanks for interviewing me! It's been fun! 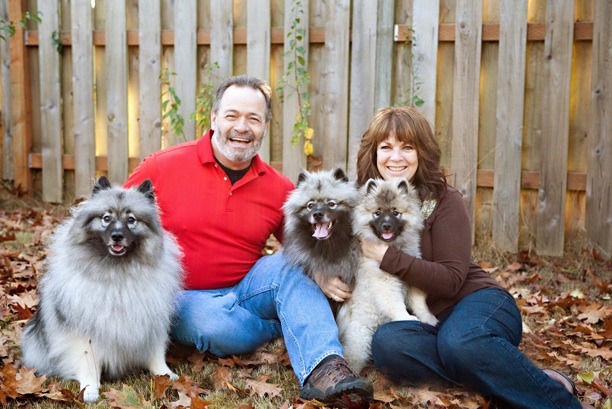 For more information about Rhonda Mackert and her music, please visit her Artist Page here on MainlyPiano.com and her website.
Rhonda's Artist Page • More Interviews