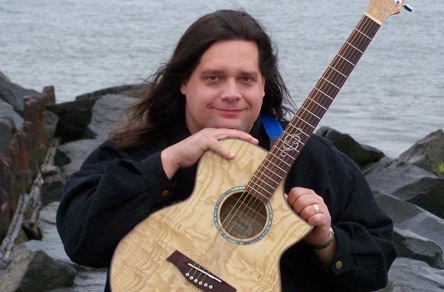 If the name of Ryan Michael Richards isn’t ringing any bells (yet!!!), don’t be alarmed. Ryan recently released his first full-length album of original guitar-based compositions called Experiences. Produced by the legendary Will Ackerman (founder of Windham Hill Records), a track from Experiences was also featured on Ackerman’s recent compilation album The Gathering II. I was exceptionally impressed with Ryan’s work and wanted to learn more about him, so here is his very first interview! Enjoy! 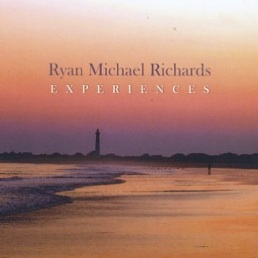 Click the album cover to read Kathy's review.
KP: You released your debut full-length album, Experiences, earlier this year. How is it doing?


RMR: The disc is doing okay. I have gotten some responses from people saying how much they love the music, and that they like to repeat playing the music over and over, which I certainly think is a step in right direction.


KP: I agree! How did you hook up with Will Ackerman as producer for the album?


RMR: Through email. I was in the beginning stages of writing material for EXPERIENCES, and all of a sudden, I just had the idea of contacting Will regarding production, so I emailed him asking for production help. I have to admit that I was very surprised that he responded by saying that he would produce the album for me.


KP: He must have heard something very special in your music, too! Do you have plans for your next album or am I getting ahead of the program?


RMR: I would love more than anything to record another disc. However, that
might be a few years away. 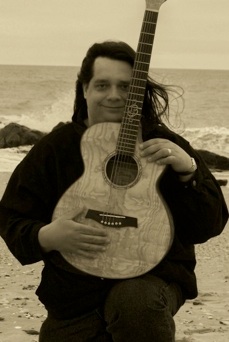 KP: Okay, let’s find out more about your background. Where were you born and where did you grow up?


RMR: I was born in Philadelphia and grew up in the South Philly section of the city. It was an urban type of setting with mostly row homes. Just about everybody knew just about everyone. I also lived in various areas in the Philadelphia area before moving to New Jersey.


KP: Are any other members of your family musicians?


RMR: My father plays the alto and tenor saxophones, and my sister is a very talented vocalist. I also have a handful of cousins who can play instruments, but they are what I would call hobby players. You could say that I am the first one in my family to take my playing to a higher level.


KP: How old were you when you started playing the guitar? Did you take lessons or are you self-taught?


RMR: I was about fourteen when I began to play. I was encouraged by my mom and dad to play when I was diagnosed with an auditory processing disorder. From what I was told, the arts in general are considered a good way for people to cope with learning disabilities. I started out taking lessons at the local music stores, then I started teaching myself some things before deciding quite some years later to pursue a music degree. 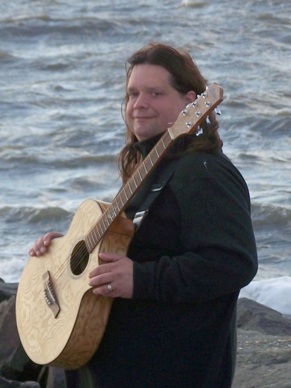 KP: What is an auditory processing disorder and how does it affect you?


RMR: APD is where the brain does not comprehend with words, phrases, and things similar to that. A lot of times you can have a conversation with someone and you can have difficulty understanding what the other person is trying to say to you. Sometimes words can sound different from what they are saying. Sometimes a person can come off sounding like Charlie Brown's teacher. I don't think that it is as well known as dyslexia, but from what I understand, it's as common as dyslexia. As I got older, I managed to work on overcoming a lot of it. Yet, it still creeps up in me from time to time.


KP: Where did you go to college?


RMR: I went to Temple University where I majored in Jazz Bass. Once again, it was difficult, in part due to APD, but I managed.


KP: Do you play other instruments?


RMR: I also play the electric bass and can play a little piano and drums. I recorded a couple of electric bass tracks on EXPERIENCES.


RMR: I was about nineteen. It was a blues song that I think that I had named THE THING.


KP: Do you perform in concerts very often?


RMR: Not on a regular basis at the moment, although I am in the process of trying to book some shows for next year. For the past four or five years, I have been performing at this gift shop in Cape May, NJ playing in their holiday hospitality weekends in December, and I have had some great times performing there. Friendly customers, great people working there, it is a wonderful atmosphere to be in. 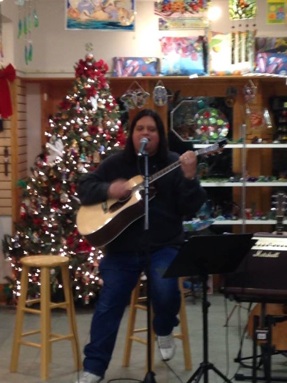 KP: Who or what are your biggest musical influences?


RMR: I would say that Alex DeGrassi is one of my biggest influences. Will Ackerman and Nick Drake also inspired me big time. I also like jazz people such as Jaco Pastorius and Christian McBride. As far as rock people go, I would say Eddie Van Halen.


RMR: One of the things that I like about being a musician is improvisation. When I played in bands live, I used to like to try to go beyond what was written on paper or on the recordings. And I feel that learning how to improvise has given me some great ideas for composing. Playing different genres and lines in the past has given me some freedom to come up with song ideas. Also, I am an introvert by nature. So for me, writing music is a way to communicate with others.


KP: What kinds of bands did you perform with?


RMR: In the past I was involved in some rock-n-roll bands - some cover bands and a couple of originals. I was also involved in a couple of jazz groups. including a duo of bass and piano.


RMR: I would say that there have been a couple of things recently. One is being able to record with Will Ackerman and Tom Eaton at Imaginary Road Studios. They were so inspiring and are great to work with. Another one was Will including one of my songs on his GATHERING II disc, and finding out recently that it reached number one on the ZONE MUSIC REPORTER charts. What a thrill! It is certainly an honor to be associated with some wonderful musicians of this caliber. 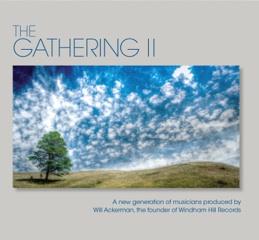 Click on the album cover to read Kathy's review.
KP: The Gathering is an incredible album and one of my favorites for 2014! Is there a particular philosophy that you try to convey in your music?


RMR: Honestly. I don't think so. I just strive to do the best that I can.


RMR: For me that is a hard question to answer because I like to listen to all kinds of music - not just one or two genres. I always thought that Miles Davis was terrific in the jazz area. The people from the Sound of Philadelphia had a great sense of feel and heart in their music. Beethoven. Just to name a few.


KP: Yes, that’s a very eclectic group of composers! Who are your favorite performers?


RMR: I got to see Neil Diamond in concert once, and I thought that he was dynamic. Alex DeGrassi, Van Halen, Jaco Pastorius, Fiona Joy, just to name some. 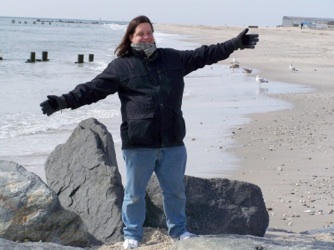 KP: I saw Neil Diamond in concert a long time ago and still remember how great that concert was! If you could have any three wishes, what would they be?


RMR: One of them did come true, in being married to a lady that I love and care for very much, who has been very supportive in my music endeavors. I would say that the other two are to have a successful career in music and to generally be as happy a person as I can be.


RMR: Currently, I am trying to get some concert bookings. I enjoy performing in front of people. But eventually I would like to record another album if I can.

KP: Is there anything else you’d like to “talk” about?


RMR: I just want to say thank you very much for all of the positive responses I have received for EXPERIENCES. It is a nice feeling when you are able to reach out to people from all over. EXPERIENCES was made by a lot of great musicians who put their hearts into every note. Thanks again.
Many thanks to Ryan Michael Richards for taking the time to chat with us! For more information about Ryan and his music, please visit his website and his Artist Page here on MainlyPiano.com.
Ryan's Artist Page • More Interviews