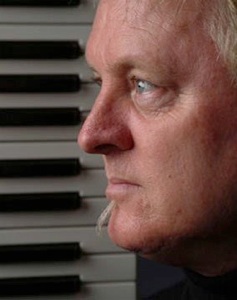 Although I have reviewed CDs by two or three different Australian composers, this is my first interview with an artist “down under.” Timothy Davey is a pianist/composer and also a school teacher in the southern part of Australia. Strongly influenced by Bluegrass styles of music, Davey sometimes refers to his music as “newgrass.” Davey’s music is hard to classify, which I think is a very good thing. When I was reviewing his first album, I thought I heard influences from Philip Aaberg, who is one of my all-time favorite composers, but at that point, Davey wasn’t familiar with Aaberg. They have since met, and Davey has called Aaberg “the foremost solo pianist in this galaxy” on his website. I have to say that I’m very proud of the fact that I was the first person to write a review of Timothy Davey’s music. He sent me a copy of his first CD, “Uncovered Keys,” in 2001, and I really liked it. He released his second CD, “Scenes From the Neighbourhood” in 2005, and I liked it even better. I think you’ll enjoy meeting this exceptional artist and his music. {Please note that this interview was conducted by email. Some of the spellings are a little different from American spellings, and I didn’t want to insult Timothy Davey by changing them.}


KP: Where were you born?


TD: I was born here in Adelaide, South Australia, in what is sometimes described as the driest state in the driest continent on earth! My birthday is the same as J.S.Bach!


KP: How many brothers and/or sisters do you have?


TD: I have five brothers. I am the fifth of six.


KP: What were or are your parents’ occupations?


TD: My father was a cook on the ships that worked out of Port Adelaide for many years. The family moved the year I was born from the Port to a suburb called Kilburn, which, in the 1930’s was officially known as Little Chicago!! My mother had her hands full bringing up the six of us at home, but after we were all grown, she took off and bought a hotel in the country and ran that successfully for a decade.


KP: How old were you when you started taking piano lessons? How long did you take formal lessons?


TD: I was ten. All of us learnt but the youngest two of us were taught by a wonderful lady named Mrs. Jean Johnson. I took piano lessons for six years.


KP: Were you encouraged to improvise or compose by your teachers?


TD: Mrs. Johnson had a really easy-going approach which completely suited my temperament, I think. She would insist that we learnt a piece and could play it without the music before she let us move on to another piece. After about two or three years, she asked us what sort of music we’d like to learn. I said I wanted to learn jazz-type music, so I was sent along that path. It made perfect sense to me from the first and I am completely grateful to her for the sort of teaching she gave me. I was allowed the freedom to experiment and of course, once you start to play a piece from memory rather than from the dots, you begin to adapt and adopt it because you haven’t got the music there to ‘correct’ you – that was how I started ‘free-form’ playing.


KP: Did you play in school orchestras or bands? Did you enter music competitions?


TD: I played for various school plays and things, but my real exposure to playing creatively came from playing at church. Being responsible for a congregation’s singing was a steep but very effective learning curve!


KP: Do you play any other instruments?


TD: Alas, I am mute on anything but a piano.


TD: About a week after I started learning, so ten! There was always music in my home and I was surrounded by a talented family, so experimenting held no fears for me – we were never criticized for hitting a wrong note! 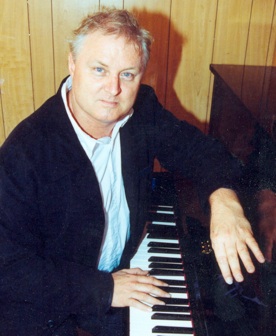 KP: How old were you when you wrote your first song?


TD: About 17. I didn’t actually like it. It was too clichéd. I never had a passion for writing music at first – well, not in writing polished things. I enjoyed improvising and playing around with pieces and seeing where they might go.


KP: Did you play with any rock bands in high school and college?


TD: I didn’t play in any bands until I was in my late twenties! I had come back to Adelaide after a stint in the country, and through a series of accidental meetings, really, found myself playing in different bands and it developed from there.


TD: I grew up in a family where all kinds of music were accepted, with the obvious exception of country and western! And, oddly enough for an Australian household at that time, I was exposed to a great deal of Bluegrass music from an early age. My brother Simon taught himself 5-string banjo and eventually went on to win Bluegrass banjo champion of Australia! So, Flatt and Scruggs, The Dillards, Leo Kottke, Pete Seeger, Berline, Crary and Hickman, John Hartford, Doc Watson, people like that, made up the fabric of my musical consciousness. I also liked a very limited selection of Rock music, such as The Doors, Little Feat, Frank Zappa, that sort of thing. I was never a heavy rock fan.


TD: Hearing and eventually seeing live Leo Kottke mesmerized me. The rhythmic and melodic invention of his music just made me want to sit at the piano and pump out the same thing, which of course you can’t really do because the instruments are so different. But this motivation remains with me today – I try to play and sound like a guitarist in the Kottke style – so I look for slightly quirky movement and strong rhythmic structure in my pieces. In terms of piano, I just love Fats Waller, and, odd as it must seem, never really listened closely to much piano music. I was a fan of Chick Corea but I don’t think I’d call him an influence.


KP: What has been your most exciting musical moment or experience so far


TD: There have been many. I guess performing in front of 15,000 people at a Vietnam Veterans’ show in rural South Australia was quite a buzz. Getting the positive reviews about the CD’s was also a real affirmation that maybe I was on the right track. I also really enjoy solo recitals when I can closely connect with the audience and have the time to talk to them about the pieces and share my thoughts about writing them and the motivation behind them.


KP: Are there any specific pieces that you feel say the most about who you are as a person? Any favorites, if they aren’t the same pieces?


TD: That’s like asking which of your children you like best! I think “Denouement” says closest what I want to sound like musically, although “Everything’s OK” says the most about me. “Sashi’s Waiting” is my most efficient piece, and pieces like “Distant Starlight,” which is about my grandfather, also work, I think.


TD: You know, I really want to convey something like the notion of sitting on the porch on a cool evening after a hot day and just playing elegant, simple, heart-felt music. The idea of someone sitting on the porch ‘picking’ their piano is of course a bit of an absurdity, but…


TD: I saw Joe Pass perform here in Adelaide a few years ago and I was very impressed. The way Leo Kottke strides on stage and stands there and just creates a wall of sound also really impressed me. I really enjoyed Tony Joe White’s concert here, too.


TD: Philip Aaberg is a giant. I am very pleased to say I met him here in Adelaide and he is just the friendliest, most easy-going and down-to-earth person you could hope to meet. I hope I grow up to be like him! Leo Kottke, of course. An English composer by the name of Edgar Moy wrote some beautiful music a century ago. Chopin.


KP: Do you have any hobbies?


TD: I love to read and play chess. I have been involved in martial arts for a long time.


KP: What do you like to do in your free time, or do you have any?


TD: Lately I have not had much free time. I have some fairly restricting commitments at school which keep me occupied often at nights and on weekends. In my free time I might watch a Three Stooges film, or go for a walk, or ride my bike. 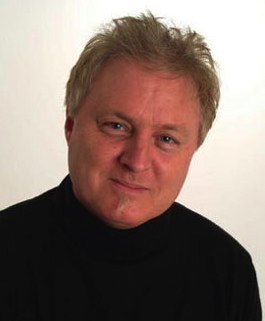 KP: If you could have any three wishes, what would they be?


TD: To retire. To perform in America at a Whisperings sort of event. And to make a CD that was better than the last one!


KP: How long have you been a teacher? What grade levels/age groups do you teach?


TD: I have been a teacher for nearly thirty years, and I teach high school students (13 – 18 year olds) I have taught a number of subjects but now only teach music!


KP: Do you have any words of advice for young people who are studying music now?


TD: Persevere! Really work at your technique (especially timing – mine is shocking!) – and listen widely to everything you can – especially inventive musical forms like Bluegrass – and don’t be afraid to take from them anything you think is beautiful. Aim for beauty in your music. From the simplest piece to the most complex – aim for beauty!


KP: What are you working on now, musically?


TD: My next CD. My pieces seem to be changing now that I write purposefully, that is, for a project like a CD. I continue to enjoy forming new pieces but always tying them to my mental picture of what Leo would do with this melody on a guitar. Then I try and ‘pick’ it on the piano and usually the result is a hybrid that seems to work.


KP: How many of your songs do you plan to release in sheet music form?


TD: We have had the wonderful Michael Dulin working on setting down some of my pieces. I think I will put between a third to a half of them down on paper. I have had many requests for this so I think it’s time to oblige!


KP: I can’t wait!
Many thanks to Timothy Davey for spending time with us! We’ll hope he makes it to the States for a concert before long! Check out his website and his Artist Page here on MainlyPiano.com for more information.
Timothy's Artist Page • More Interviews