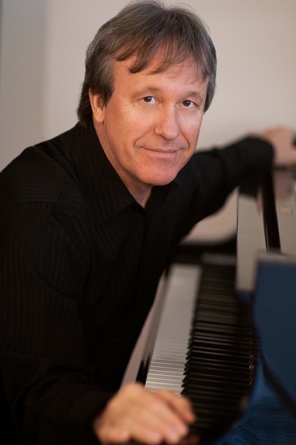 I remember the first time I spoke with Wayne Gratz on the phone in June 1993. This was before any of us had access to the internet - remember those ancient times? I had made contact with David Lanz’s personal assistant, and she had access to the other Narada pianists I was interested in talking to for my Pianotes newsletter. After finding the materials I had sent her behind her couch a few months after I sent them(!!!), she put me in contact with Wayne (and Spencer Brewer). Both artists became very good friends, but with Wayne in Florida and me in California, the opportunity to meet never materialized until now, and Wayne and Greg Maroney will play a concert at my house on 3/24/11 as part of a four-concert tour of the Pacific Northwest. I’m sure it will be well worth the wait!

Wayne was one of the most popular of the pianist/composers on the Narada label from 1989-2002. When Narada was sold and changed formats, Wayne established his own Wayne Gratz Music label and released his best music ever, with more to come. This is my fourth interview with Wayne, so if you are interested in learning more about his early life, the other three are also on MainlyPiano.com. This interview is an update to the earlier ones.


KP: I can’t tell you how excited I am about finally meeting you in person and having you play a concert with Greg Maroney on 3/24 at my house! I’ve been hoping for this opportunity for almost twenty years!


WG: Likewise. I am really looking forward to meeting you in person. We’ve been in touch for a long time.


KP: What are some of the other concert stops on your upcoming Gratz/Maroney tour?


WG: First, your place on March 24th. On March 25th we will be playing at Sherman Clay Concert Hall in Portland, OR, The Amadeus Project in Bellingham, WA on the 26th, and then finishing at Joe Bongiorno’s Piano Haven studio in Seattle on the 27th. 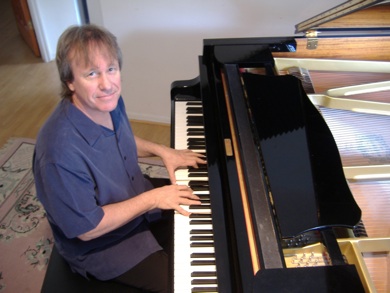 KP: It’s hard to believe that we did our first interview for my newsletter back in mid-1993! There’s been a bit of water under the bridge since then!


WG: Yes, lots of albums and a few changes in record labels!


KP: Let’s talk about that. The last time we did an interview (in 2002), you had just started Wayne Gratz Music after years on the Narada label. Do you find you have to work a lot harder as an independent artist as opposed to having a label doing a lot of the PR?


WG: Being an independent artist, I have had so much to learn over the past ten years. I have gotten to the point where I’m able to create and maintain my website and now download templates for CD designs. I’ve learned quite of few new programs over the years including Adobe Dreamweaver for websites, Photoshop and Illustrator for CD designs, and Pro Tools for all my recording. I always love learning new programs. My fiancée Kyra is handling the PR and marketing end of the business.


KP: Which do you prefer?


WG: In some ways, I would prefer having a record label and only have to think about the music and creative part of the business.

KP: What are some of the pro’s and con’s about being an independent artist vs. being signed to a label? 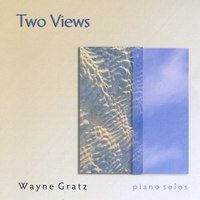 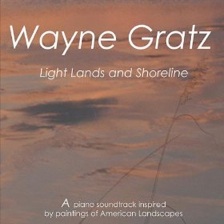 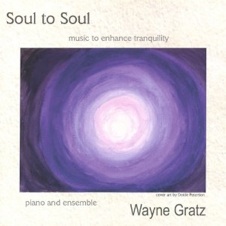 WG: Pro’s: Having total control of the music and making a fair share of the profits. Cons: record labels have more of a budget and more people to delegate to promotion and all the things that make a successful artist.


KP: How many albums have you put out altogether?


KP: I assume that the Hallmark albums were cover tunes? I remember talking about this before. Do the cover albums still sell better than your original work?


WG: When they were first released, I think they did better, but now my current albums and downloads are selling more.


KP: That’s great to hear!!! Are you still playing with Paradise as well?


KP: You have been playing with them for a lot of years. Are you still performing mostly for conventions and parties in the Orlando area?


KP: Do you still do all of your recording in your home studio?


KP: What kind of piano and equipment do you record on and with?


KP: You have the first track on the new Whisperings Solo Piano CD. That’s a nice position to be in! Did you record that up at Joe Bongiorno’s Piano Haven last year when you and Greg were out this way? 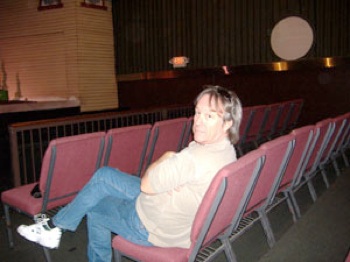 WG: Yes, Greg and I recorded several songs. Actually, I think Greg recorded a whole album in one day. Joe has a great piano, great mics and no pressure. We had a great time!


KP: Yeah, I remember that Greg was really frustrated with the studio recordings of The Journey, but when he got to Joe’s place, everything fell into place.


WG: I was amazed that he could re-record a whole album in one day!! 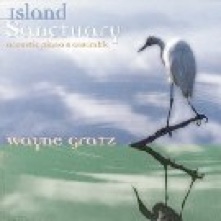 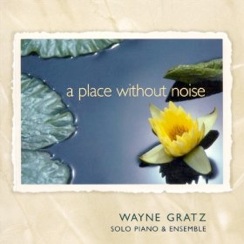 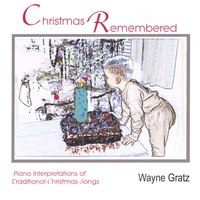 KP: How did you get involved in writing the music for a DVD of Thomas Kinkaide’s paintings (Light, Lands and Shoreline) a couple of years back?


WG: Kyra’s family has a beach house and there are a lot of friends who come and visit. It just so happened we were there on a day that a friend of the family who was also associated with a friend that was working with a company that produces Artwork HD DVD’s. He heard my music and thought it would work great with the Kinkade project they were to be working on.


KP: Was that project pretty restrictive as far as the kind of music they wanted or were you free to compose the music you felt fit?


WG: I had total freedom on this project. I put my laptop on the piano where the music usually goes. I watched a slideshow of around 60 paintings and began to improvise some melodies.


KP: Were the individual pieces composed for specific paintings or did you just let the overall feeling of the slide show guide you?


WG: I originally composed for the individual paintings. There were sixty paintings, so I couldn’t really write sixty songs. I picked a few that really stood out to me –mood-wise anyway.


KP: Are you working on any new material? Will we have new music anytime soon? (No pressure!!! ;-) )


WG: I have been working on new music for the past year or so. I have recorded close to twenty-one songs. The key word is new. When I feel I have an album of new and good material, I will release a new album.


KP: After all of the years you and David Lanz were at Narada, did it feel strange to start doing Whisperings concerts with him?


WG: It was a blast - especially the improvisational duets at the end of the concerts.


KP: David is an amazing improviser! I have such wonderful memories of him and Kevin Kern improvising together at my house. They had never met, and Kevin is also an incredible jazz pianist. They improvised a beautiful ballad first, and then just tore things up. I was so much fun!

Are you doing very many Whisperings Concerts this year?


WG: I think so far, including the ones coming up in the northwest, there are four that I’m on. 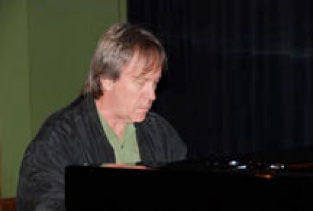 KP: How did you and Greg come to start performing together?


WG: We first performed together at a Whisperings concert in Atlanta.


KP: You’ve done some concerts with Michael Dulin, too, haven’t you?


WG: Yes, the first Whisperings concert I was a part of was with Michael, Greg and David Nevue a couple of years ago. 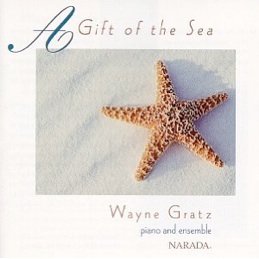 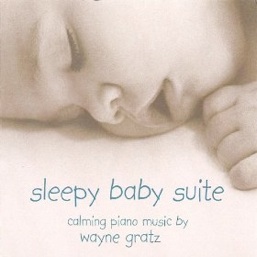 KP: Have you ever seen such an effortless player as Michael? I’m hoping he and Joseph Akins will be here in the fall. That should be a really good match!


WG: Michael definitely makes the hard stuff look easy. He has a great touch and beautiful music. I think that’s what Juilliard does to you. I really like Joseph’s playing also. Yes, it will be a really good concert.


KP: My living room will overflow with Southern charm! What inspires you to compose these days?


WG: Honestly, a little success every now and then.


KP: Who are some of your favorite artists/performers?


WG: I’ve been listening to a lot of different music lately. I really like Coldplay and some of the newly mastered and arranged Beatles’ music. I really like the soundtrack to “Across the Universe.”


WG: 1. Good health for everyone
2. A summer without any destructive hurricanes.
3.An RV trip across the country.


WG: I’m really looking forward to our concert at your house in a couple of weeks. It will be great to meet you and some of your students. Also, it will be the first time I have seen the Northwest coastline. Can’t wait. Thanks Kathy. 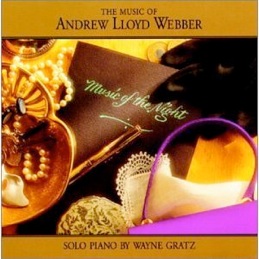 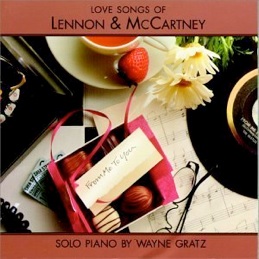 No review available
Many thanks to Wayne Gratz for taking the time to chat! For more information about Wayne, more interviews, and reviews of most of his CDs and solo piano songbook, please visit his Artist Page on MainlyPiano, and also his website.
Wayne's Artist Page • More Interviews