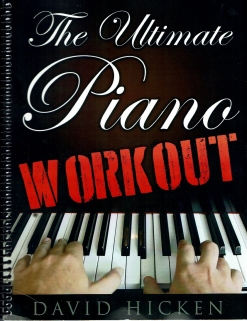 David's Website David's Artist Page on MainlyPiano
The Ultimate Piano Workout
David Hicken
2016 / Enchanting Music
Large format paperback, spiral bound, 113 pages
Review by Kathy Parsons
Please note: Before I go to the review itself, I want to clarify that this isn’t a songbook per se. It does contain exercises, but this is more of an instructional book than a collection of David Hicken’s music. I am posting this review as a songbook so that it will show up on the homepage of MainlyPiano.com for now. It will show correctly as an “other review” when it comes off of the homepage in about six weeks. - Kathy


The Ultimate Piano Workout is one of a series of instructional books by pianist/composer David Hicken. Hicken receives questions almost daily about how he has achieved such a dazzling piano technique, and in his books, he explains many aspects of playing the piano and reveals some of his “secrets.” He makes it no secret at all that he believes that playing and understanding scales are two of the most important building blocks of good piano technique, and most of this book is filled with major and minor scales and arpeggios with the correct fingering notated. Hicken took an extra step and marked all of the black keys in these exercises as clear, diamond-shaped notes so that the pianist can focus on the playing of the scales without worrying about which keys are black or white. (It should be noted that in the first printing of this book, there is an error where the Cb’s in all ten of the Gb major scales are marked as black keys. Hicken is aware of this and will correct it for the next printing. It should be very simple for users to go in and fill in those notes to keep the notation consistent.)

There are twenty-three pages of text in the book that explain the origins of scales and why they are such an important part of playing the piano well, the different types of scales and arpeggios, the do’s and don’ts of the exercises, tips, and an explanation of the conventions used in the book. This is very helpful and very user-friendly text that is both interesting and easy to understand. Hicken was a piano teacher for many years, so he is very accustomed to explaining this material to various age groups without talking “up” or “down” to anyone.

The rest of the book consists of major scales an octave, a third, a sixth, and a tenth apart; major scales in contrary motion with the same intervals (an octave, a third, a sixth, and a tenth apart); major scales in double thirds, double sixths, and double octaves. Then he goes into major broken chords in compound time, standard pattern and alternative pattern; major arpeggios in their root, first and second inversions; and then he does the same thing with harmonic and melodic minor scales and arpeggios; arpeggios of the dominant and diminished seventh chords in root position and two inversions; arpeggios of augmented triads; chromatic scales in parallel motion an octave, a minor third, a major sixth, a minor tenth, starting on the same note, a minor third, and a major sixth apart, in double thirds and double octaves; and whole-tone scales with all of the starting positions. Lastly, Hicken has included York Bowen’s Workout, an exercise given to Hicken’s mother by her piano teacher. This is likely the first time this exercise has been written down, so Hicken named it for his Mom’s teacher.

So, you can see that this book contains a wealth of information as well as exercises that will be useful and beneficial for pianists at any playing level. The Ultimate Piano Workout is available exclusively from www.DavidHicken.com. Very highly recommended!
March 27, 2017
David's Website David's Artist Page on MainlyPiano
More reviews of David Hicken 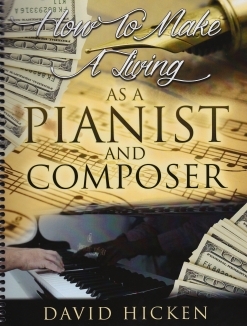 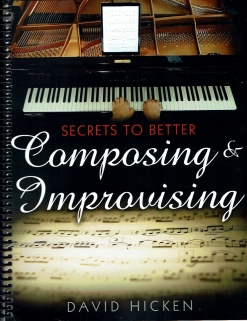 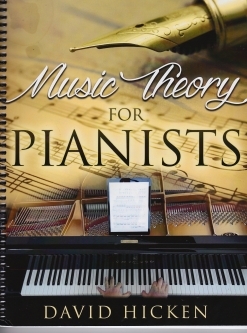