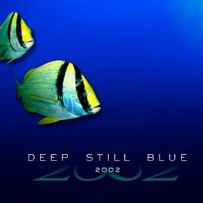 2002's Website 2002's Artist Page on MainlyPiano
Album Links
iTunesAmazon (referral)
This site contains affiliate links to products. We may receive a commission for purchases made through these links.
Deep Still Blue
2002
2007 / Gemini Sun Records
47 minutes
Review by Michael Debbage
It appears that 2002 have found a new label to call home and with it comes both new ideas and along with a familiarity that we have all come to know and love about 2002. The most obvious change is the audio visual bonus cd included with this package as well as more extensive vocal renditions. Otherwise, borrowing from their own song, it is 2002 with their spatial and romantic musical affairs gathering where the stars and the moon play.

Since 1997’s Chrysalis, 2002 could almost do no wrong with their angelic musical themes steeped in their ethereal chants and multi layers of keyboards, harp, flute, cello and nylon acoustic guitars. From that aspect, Deep Still Blue is no different though there is some vocal exploration that departs beyond their typical “chants and mantras”. Lyrical content can be found on the title track as well as “Sarah’s Rainbow” the inspiration apparently as a result of their relatively new role as parents.

Musically the album continues the healthy and inspiring ingredients previously discussed. While their music is distinctly their own, comparisons with Enya cannot be avoided what with the heavy use of keyboards and the celestial voices. There are no stand out tracks this time however there is absolutely no filler either making Deep Still Blue probably one of 2002’s most consistent efforts since Across An Ocean Of Dreams created five years ago. It appears that stories and themes of the sea are kind and inspiring to them.

2002 are very capable of keeping matters playful, courtesy of the livelier opening track “Where The Stars And Moon Play”. Even more playfully is the bouncy and energetic “Setting Sail” as the song is propelled by its spirited optimism. However, they are equally at home courtesy of their tender and delicate moments such as Pamela Copus’s flute work on the soft and wispy musical themes of “Sweet Dreams”. A close second is Randy Copus’s utterly haunting guitar work on “An Ocean Apart” that will transport you to a deep blue sea leaving you floating effortlessly on its tranquil mirror surface. Countered by Pamela’s flute this is 2002 at their best. Just as effective is the soft and slow beat of “When I See You Again” where Randy’s nylon acoustic strings continue to flirt with Pamela’s flute rendition.

So is it art imitating life or life imitating art for this married couple? The answer is a resounding yes on both counts as this married couple were high school sweethearts who are harmonic in life and music. But the bonus disc is not just about an insightful interview but also an audio visual delight that integrates the music of 2002 with the colorful and inspiring underwater photography of Susan Saibara.

In the year 2007, the musical duo 2002 continues to be vibrant and pertinent pushing the envelope by channeling their musical expressions that appear to have limitless boundaries. As a result, Deep Still Blue is both retro and relevant keeping the music of 2002 both fresh and inspiring.
July 7, 2007
This review has been tagged as:
Michael's Favorites: 2007
2002's Website 2002's Artist Page on MainlyPiano
Album Links
iTunesAmazon (referral)
This site contains affiliate links to products. We may receive a commission for purchases made through these links.
More reviews of 2002 albums 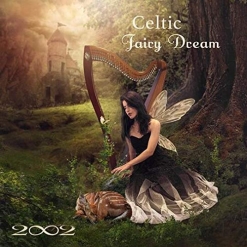 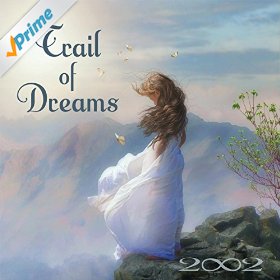