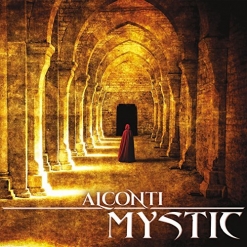 Al's Website Al's Artist Page on MainlyPiano
Album Links
Amazon (referral)iTunes
This site contains affiliate links to products. We may receive a commission for purchases made through these links.
Mystic
Al Conti
2016 / Shadowside Music
51 minutes
Review by Kathy Parsons
Four years in the making, Mystic is the anxiously-anticipated sixth album from Al Conti, one of the greatest story-tellers in the “new age” music genre. Nominated for a 2011 Grammy Award, Conti’s albums are always a special treat because every detail is so well thought-out and beautifully-designed. The 8-panel digipak for Mystic contains a wealth of information about Conti’s journey in creating the album as well as for each of the nine tracks. He composed, arranged and performed all of the music. His impressive guest list of additional musicians includes Ricky Kej, who aided in production as well as playing on the album; Pamela and Randy Copus of 2002; guitarist extraordinaire Jeff Pearce; and vocalist Charlee Brooks, who has worked with another legendary musical storyteller, David Arkenstone, for the past few years.

It is interesting to note that Conti used a very different process in composing the music for this album in that his previous projects had deadlines, release dates and expectations in place before any of the music was recorded. Conti explains: “As this album is about the inner mystical journey to spiritual deliverance, it seemed appropriate that the album itself would lead the way, rather than me as the composer, leading the direction. The journey, not the arrival, became the focus.”

The album begins with the sound of a bell and the Oxford Court Monk Choir, sending us immediately back in time. Charlee Brooks’ timeless, haunting voice emerges, vocalizing without words. The monks return backed by shimmering atmospheric sounds. It is easy to imagine this title track being performed in a very large, open space. Jeff Pearce’s electric guitar is both exotic and contemporary, but the use of ancient ethnic percussion instruments as well as keyboards creates a kind of push and pull of time periods, making the music timeless. In the life of a mystic, a trance state can lead to communion with a higher source and to a higher level of being. In “Trance,” Conti conveys that state with an assortment of Middle Eastern instruments. “Pilgrimage” is loosely based on traditional music that was arranged and adapted by Conti. It begins with a slow and exotic violin solo, gradually adding more instruments and rhythms. Once the pilgrimage is underway, the music becomes much livelier, more upbeat and almost dancelike - a favorite! Pamela Copus performs on harp in “Contemplation” - gentle and hypnotic. Jeff Pearce also performs on electric guitar, keeping the mood subtle and introspective. Rituals come in many forms from very formal and elaborate to the mundane steps we take before retiring for the night. In this piece (“Ritual”), strong rhythmic elements propel the beautiful melodic passages and make them sparkle - another favorite. “Devotion” is based on a traditional Middle Ages pilgrimage song and reflects on the sacrifices made to follow a life of devotion. “Anima Aeterna” translates as “Eternal Soul,” the most mystical of all concepts. Charlee Brooks returns on this closing track that bids “farewell” to those on the journey. Poignant and haunting, it’s a beautiful conclusion to this excellent album.

Mystic is another musical masterpiece from Al Conti! It is available from Amazon and iTunes. Very highly recommended!
November 16, 2016
This review has been tagged as:
Kathy's PicksZMR Winner
Al's Website Al's Artist Page on MainlyPiano
Album Links
Amazon (referral)iTunes
This site contains affiliate links to products. We may receive a commission for purchases made through these links.
More reviews of Al Conti albums 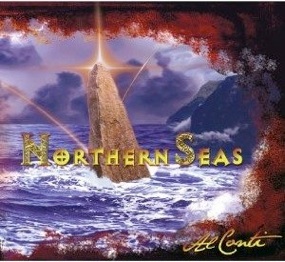 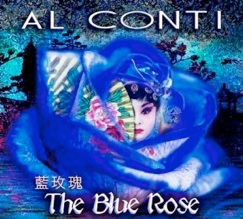 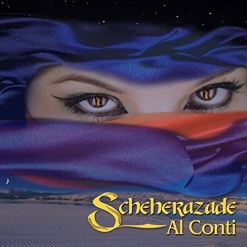