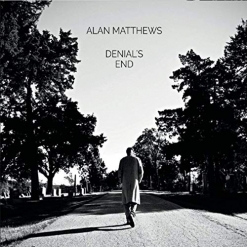 Alan's Artist Page on MainlyPiano
Album Links
Amazon (referral)iTunes
This site contains affiliate links to products. We may receive a commission for purchases made through these links.
Denial's End
Alan Matthews
2019 / Alan Matthews
60 minutes
Review by Kathy Parsons
Denial’s End is the second album from pianist/composer Alan Matthews, following his 2017 debut, The Ineffable. Produced by Will Ackerman and Tom Eaton, and recorded at Ackerman’s Imaginary Road Studios, the album is a combination of original piano solos and piano with small ensembles that feature some of the dynamic artists who often appear on Ackerman/Eaton productions. Most of the twelve tracks are on the quiet, pensive side and all are very emotionally expressive. Guest artists include Charlie Bisharat (violin), Jeff Oster (flugelhorn), Jill Haley (English horn), Tom Eaton (bass), Noah Wilding (vocals) and Will Ackerman (guitar).

Denial’s End begins and ends with different versions of “The Ineffable,” which translates as “incapable of being expressed in words” (They did not appear on Matthew’s previous album despite the shared title). The opening version is a piano and violin duet with Charlie Bisharat, who always adds a bit a magic to any project he is involved with! Very open and free, the gentle flow of the piece is poignant and compelling. “The Vestiges” is a piano solo that reaches deep within. There are a couple of brief, livelier interludes woven into the piece, but it mostly feels like soul-searching at the piano. “Can’t Make It Right” is a duet with Jeff Oster, who adds a haunting quality to the piece. “She Returns - She’s Always Leaving” is an 11 1/2 minute exploration that is solo piano for the first half of the piece, and features a soulful violin part in the second half. “The Long Road Home” includes Jill Haley and Tom Eaton. Slow, open and relaxed, this one is almost hypnotic with a repetitive left hand pattern on the piano and a simple but heartfelt melody on the right - a favorite. I also really like “A Thought of You,” a tender, wistful piano solo that flows so easily that it might be an improvisation. Reflective and almost mournful, “Flowers Die” features the wordless vocalizations of Noah Wilding plus Tom Eaton on bass. Repetitive flowing broken chords again run through the piece as the melody mesmerizes and touches the heart. Ackerman and Oster add their expressive touches in the second half of “Acceptance…And After,” a peaceful look inward - Ackerman’s acoustic guitar is especially effective on this one. “The Ineffable Reprise” brings the album to a close with a beautiful solo piano version of the opener.

With a little help from the amazing musicians of Imaginary Road, Alan Matthews has created a compelling and gently hypnotic second album that leaves no doubt that his is a unique musical voice with much to share with the world. Denial’s End is available from Amazon, iTunes and CD Baby as well as many streaming sites.

November 14, 2019
This review has been tagged as:
Kathy's Picks
Alan's Artist Page on MainlyPiano
Album Links
Amazon (referral)iTunes
This site contains affiliate links to products. We may receive a commission for purchases made through these links.
More reviews of Alan Matthews albums 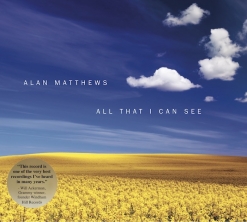 All That I Can See
2022
Latest ReviewsSneak Preview!!! 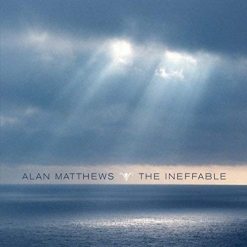