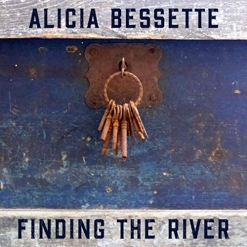 Alicia's Website Alicia's Artist Page on MainlyPiano
Album Links
Amazon (referral)iTunes/ Apple MusicCD Baby
This site contains affiliate links to products. We may receive a commission for purchases made through these links.
Finding the River
Alicia Bessette
2019 / Wachusett Records
39 minutes
Review by Kathy Parsons
Finding the River is the fourth solo piano album from pianist/composer Alicia Bessette. Recorded in her home on the east coast, the eleven original tracks capture “a confluence of spirit, soul, and searching.” Overall, the music is quiet, thoughtful and atmospheric with titles that are somewhat mysterious and undoubtedly quite personal, but are vague enough to allow the listener to decide what the music is about (or if it even needs to be about something!). On some of the tracks, a few clicks and other subtle sounds from within the piano are left in, giving the music a slightly different feel from solo piano albums that are engineered to eliminate those sounds.

Finding the River begins with “First the Rain,” a bittersweet ballad that could easily support lyrics, but doesn’t need to since the gentle melody says all it needs to say - a beautiful start! “Then the Fog” is a favorite with its cool softness and slow, effortless movement. Bessette makes excellent use of the damper pedal to create a slight “echo-y” feeling that is often present while walking in heavy fog. “Mountain or Wave” is more majestic and is a fitting tribute to both land and sea. The first half of “Ember or Star” has a hypnotic rolling broken chord pattern on the left hand and a quiet, wistful melody on the right - lovely in its simplicity! The second half of the piece is livelier and more passionate, and then fades out at the end. “My Heart of Mirrors” is an intriguing title and another favorite. It opens with feelings of reflection and perhaps a bit of nostalgia and gradually builds to a more dramatic close. “My Other Wing” is a fascinating title for this mysterious and darkly evocative piece. “Paper Flame” is much lighter and seems to be dancing for joy - I really like this one, too! “Nearer, the Ghosts” is achingly beautiful and almost mournful. Spare and more ambient than of the rest of the album, “Farther, the Angels” expresses feelings that are cool and slightly detached. “Ghosts Again” has the same basic theme as “Nearer, the Ghosts,” but is played faster and in the higher registers of the piano keyboard, making it a more light-hearted variation of the first one. “When We Were Comets” brings the album to a peacefully introspective close while expressing a variety of thoughts and emotions.

Hopefully it won’t be six years until Alicia Bessette’s next album! Finding the River is available from www.AliciaBessette.com, Amazon, iTunes/Apple Music, CD Baby and many streaming sites.

October 23, 2019
This review has been tagged as:
Kathy's Picks
Alicia's Website Alicia's Artist Page on MainlyPiano
Album Links
Amazon (referral)iTunes/ Apple MusicCD Baby
This site contains affiliate links to products. We may receive a commission for purchases made through these links.
More reviews of Alicia Bessette albums 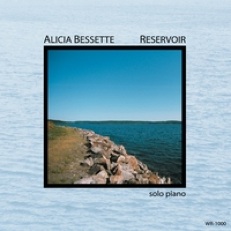 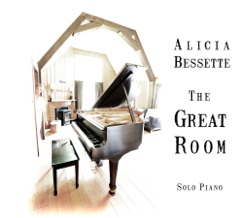 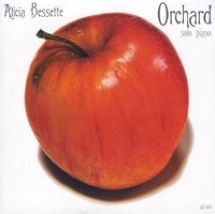