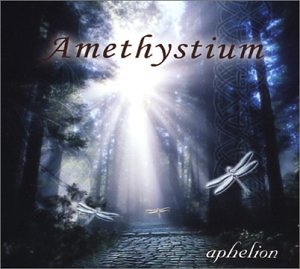 Amethystium's Website Amethystium's Artist Page on MainlyPiano
Album Links
Amazon
This site contains affiliate links to products. We may receive a commission for purchases made through these links.
Aphelion
Amethystium
2003 / Neurodisc
Review by Michael Debbage
With Contemporary Instrumental music I largely lean more to the refrained acoustic New Age genre. Generally, I avoid the contemporary electronic ambient styles that seem to intentionally avoid a melody. Never before have I heard a disc that so effectively amalgamates both styles and furthermore with great ease and inspiration.

With the exception of some very nominal voices, cello on "Elvensong" and lyrical content on "Autumn Interlude," [Aphelion] is written, performed and produced by mastermind Oysteing Ramfjord. This is his second effort and the label was kind enough to send me a copy of the first release and there is no doubting the continued progression and exploration of musical themes and genres.

Surprisingly, my first exposure to this music was hearing the keyboard driven "Garden Of Sakuntala" pulsating over the sound system at the local Border Bookstore. Being unadventurous when it comes to musical exploration within this field, my pessimistic response was this couldn't be an album chock full of strong material. The opening track "Shadow To Light" was equal to the task and that pessimistic attitude would be quickly transformed to one of optimism. I was utterly astounded at the consistent arrangements and material with the ability to be flexible in the multi genres that are explored here.
The greatest exploration found here is "Autumn Interlude" [which] features Joyelle Brandt on vocals. For those of you who shy away from vocal arrangements, this performance is delicate and not overwrought. It is the only song that features a vocal performance in the complete sense of the word. All other arrangements are limited to chants and vocal embellishments that do not distract from the instrumentation but actually enhance it.

Speaking of vocal embellishments, "Gates Of Morpheus" precedes "Autumn Interlude" and is very moody and indulges in the use of vocal chants. This mid tempo composition is accompanied with some very eerie keyboard arrangements that have a very Eastern feel. "Shibumi" continues to build on this theme.

Probably most distinctive is the smooth flowing "Hymnody" that has some gorgeous keyboard work. It brings to mind the duo Exchange that had some nominal success. Once again, Ramfjord makes great use of vocal chants that have a hymnal quality to them. There is no doubting this man's ear for detail that is personified courtesy of his crisp production.

While the first two tracks tend to lean toward the freshman effort, the disc overall emphasizes more on melancholy themes with a greater prominence on the understated. Oystein Ramfjord is obviously an artist who refuses to stand still, yet with these explorations continues to make Amethystium a very stirring listening experience. This album reflects greater diversification, depth and crystal clear detail. Simply put, this is one of the warmest ambient discs I have heard to date and that is saying something coming from a traditionalist.
February 9, 2003
This review has been tagged as:
Michael's Favorites: 2003
Amethystium's Website Amethystium's Artist Page on MainlyPiano
Album Links
Amazon
This site contains affiliate links to products. We may receive a commission for purchases made through these links.
More reviews of Amethystium albums 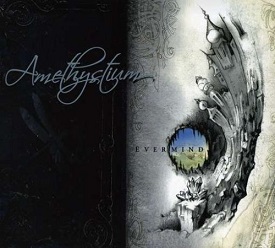 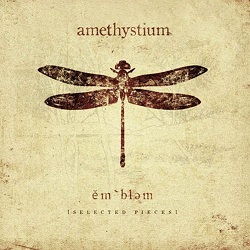