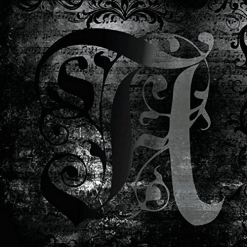 Andy's Website Andy's Artist Page on MainlyPiano
Album Links
Amazon (referral)iTunesCD Baby
This site contains affiliate links to products. We may receive a commission for purchases made through these links.
II
Andy Iorio
2015 / Andy Iorio
44 minutes
Review by Kathy Parsons
II is the succinctly-titled second release from pianist/composer Andy Iorio, following his 2010 solo piano debut, After the Rain. While II is piano-based and has several solo piano tracks, it also features Matthew Johnson on violin and viola as well as some digital orchestration, giving the music a cinematic sweep that reflects Iorio’s background in film scoring. A graduate of Berklee College of Music, Iorio serves as the Musical Director for the Department of Theater and Dance at Union College in New York, is a sought-after private piano instructor and is a popular solo performer. The twelve original compositions on II are not overly complex, following Iorio’s goal to “engage, inspire and underscore the emotional connections between people and to compose music that speaks a universal soul-stirring language that takes the listener along on a deep emotional journey that resonates within all of us” (quoted from Iorio’s website). The twelve pieces are varied and range from very spare and peaceful to much more vibrant and energetic. In the liner notes of the CD, he tells a story that incorporates the one-word song titles and gives the album something of a backstory.

It appears that Andy Iorio is a master of understatement as II begins with “Opening” and ends with “Closing.” “Opening” is a very effective prelude that sets the tone of the album. It begins as a lively solo piano waltz, adds some deep bass tones that give it a mysterious feeling, and then the strings enter and the intensity builds even more. “Burn” refers to staring into the flames in a fireplace, reflecting on your life and true self. Passion and deep emotions run through this piece as the music soars. “Descent” refers to going deep into reflection, but also describes the pattern of the beautiful chord progression. It also has a dark and mysterious feeling with the piano notes moving quickly while strings hold the long, sweeping melody notes - a favorite. “Embers” is a piano solo that has steady broken chords on the left hand and a spare, simple melody on the right. “Silhouettes” is also solo piano and begins as a slow, expressive waltz that gradually becomes livelier and then reverts back to the slower tempo.”Rush” is more about a surge of emotional energy than about being in a hurry. Piano and strings create an intense musical magic with the viola moving at a slower, more graceful pace while the piano spins and dances - another favorite. “Waltz” is a poignant minor-key beauty for piano and strings. “Unspoken” is a gentle solo piano love song that expresses warmth, tenderness and contentment - I really like this one, too! “Lament” is my favorite track. Dark and very intense, piano and strings reach deep into the soul. This would be wonderful behind the closing credits of an emotional film. The solo piano passage is stark but so evocative. “Closing” is more orchestrated and includes flute as well as piano and strings, ending with just piano. Once the piano is done at about 3:20, there are about 3 minutes of silence before the piano re-enters with a solo ending that is quietly soulful and optimistic.

II is a stirring and very enjoyable musical experience and I look to hearing more of Andy Iorio’s music! It is available from AndyIorio.com, Amazon, iTunes and CD Baby. Recommended!
October 1, 2016
This review has been tagged as:
Kathy's Picks
Andy's Website Andy's Artist Page on MainlyPiano
Album Links
Amazon (referral)iTunesCD Baby
This site contains affiliate links to products. We may receive a commission for purchases made through these links.
More reviews of Andy Iorio albums 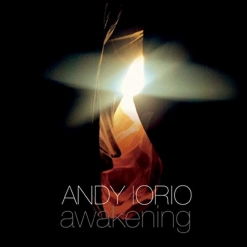