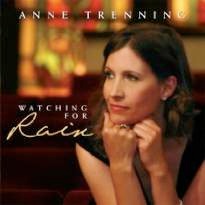 Anne's Website Anne's Artist Page on MainlyPiano
Album Links
Amazon (referral)iTunes
This site contains affiliate links to products. We may receive a commission for purchases made through these links.
Watching For Rain
Anne Trenning
2009 / Shadetree Records
51 minutes
Review by Michael Debbage
When you think of watching for rain it generally is not a positive experience. Generally this would be attached to you having an outdoor event waiting with bated breath hoping that the weather forecast does not include precipitation that will rain on your parade. Some of us even associate “Rainy Days And Mondays” collectively as a drizzle of a day as memorialized in the Carpenters' hit song many years ago. But how about the refreshing and revitalizing attributes of rain? These are the elements of rain that Anne Trenning focuses on, delivering fifteen compositions that are pure and untainted musical experiences, ten of which are self penned.

For those of you not familiar with Anne, it has been over a decade since her debut Suite Tea back in 1997, which was followed up by 2004’s All One World. Judging by the sound bytes available on CD Baby, it appears that Anne has continued on with the winning formula of her sophomore effort, mixing piano with lightly orchestrated embellishments. She also successfully maintains the balance of self-composed songs that sit alongside renditions of her peers. While the majority of the album focuses on the former, some of the cover songs reveal a strong spiritual side of Trenning, specifically the Tim Hughes penned “Here I Am To Worship” and the traditional spiritual arrangement of “I Want To Be Ready”. It is here where the gospel influences are rich and fluid.

Nevertheless, Trenning refuses to pigeon hole herself and presents her listeners with a slew of musical influences. There is the gorgeous Celtic influenced “Eden Hall” that to some of you may sound familiar. It was actually first heard on her debut album and fitting in with her concept of revitalization receives a make over here. Skip forward and listen to Anne’s new composition “The Welcome Song” that is as warm and affectionate as the title would suggest. Her fluid playing alongside the sprinkled string embellishment is an utter joy. Elation can also be found on the double time waltz of “Carolina Moon”.

The previously mentioned songs are beautifully countered by the more reflective yet gorgeous “And I’ll Fly Away”. Delicately washed with a keyboard based string embellishment and equally light use of the cymbals, the melody is the focus though never overstated but nevertheless hauntingly beautiful. The same can be said for the even more conservative “Real Love”, but this time around Anne goes it alone.

Though the title may suggest a grey and dreary day, Watching For Rain is quite the contrary, making for an intriguing and inspiring listening experience. Though largely focused on the piano playing of Anne Trenning, the light and uncomplicated orchestration embellishments of her consortiums gives the album the prefect variety needed to make for a compelling listening experience. Who said that watching the rain is boring?
September 2, 2009
This review has been tagged as:
Michael's Favorites: 2009
Anne's Website Anne's Artist Page on MainlyPiano
Album Links
Amazon (referral)iTunes
This site contains affiliate links to products. We may receive a commission for purchases made through these links.
More reviews of Anne Trenning albums 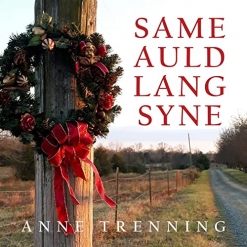 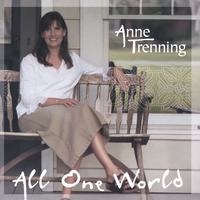