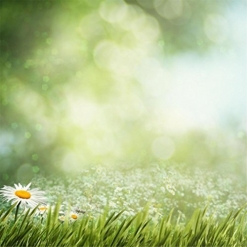 Barbara's Website Barbara's Artist Page on MainlyPiano
Album Links
Amazon (referral)iTunes
This site contains affiliate links to products. We may receive a commission for purchases made through these links.
Into the Light
Barbara Graff
2017 / Calm Creek Music
21 minutes
Review by Kathy Parsons
Into the Light is a five-song EP by pianist/composer Barbara Graff. Two tracks are solo piano and the other three are piano and vocals. Four of the five pieces are new or remastered, and Graff’s prize-winning “Christmas Magic” is the same as the single that was released in 2015. Graff grew up in a musical family in Illinois and started classical piano lessons at a young age. She is a graduate of Loyola University in Chicago and holds a Masters degree from Northwestern University. Graff’s music is not complicated, but has a heartfelt quality that is honest and sincere. She returned to writing songs and piano solos in 2009 after a long period away from music and has released an impressive number of CDs and singles since then.

Into the Light begins with “By My Side,” a love song about a lifetime commitment and love that endures the small as well as the big bumps in life. Graff accompanies Sanner Wright’s vocals on the piano, along with Katie Burk on acoustic violin. Graff also released a “country” version of this song that includes fiddle and pedal steel. “Out of the Dark” is the first of the two piano solos. For Graff, the title refers to “eschewing unproductive thoughts and embracing daily life as part of the journey.” (quoted from the artist’s website) The title track follows and seems to be offering wordless encouragement and support. “Bring Me a Rainbow” is a new version of “This Way,” which was released as a single in 2015. Quite opposite to “By My Side,” this song is about falling in and out of love with someone who treats a partner or lover very poorly but who can’t let go despite the hurt and abuse. Sung with deep emotion by Chloe Boelter, her pain is palpable. Boelter also sings “Christmas Magic,” a song that was selected by Jango Radio in 2015 as one of the top holiday songs of more than 3000 submissions. This poignant song celebrates new love as well as the Christmas holiday. The background instrumentation is a gentle mix of keyboard and strings that enhance the beauty of Boelter’s voice and allow the heartfelt lyrics be front and center.

Into the Light is a warm and uplifting listening experience designed to make your day a little brighter. It is available from Amazon, iTunes and CD Baby.
April 4, 2017
Barbara's Website Barbara's Artist Page on MainlyPiano
Album Links
Amazon (referral)iTunes
This site contains affiliate links to products. We may receive a commission for purchases made through these links.
More reviews of Barbara Graff albums 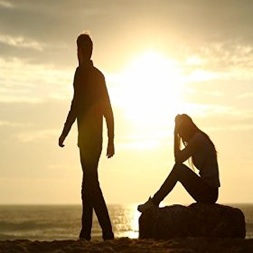 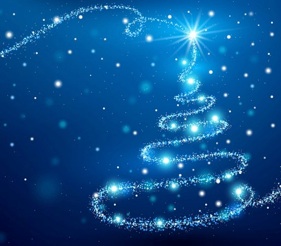 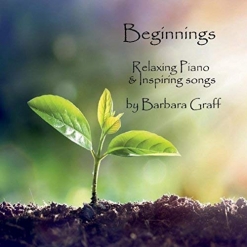