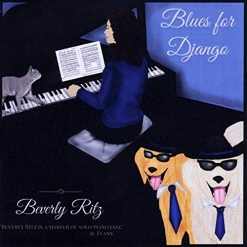 Beverly's Website Beverly's Artist Page on MainlyPiano
Album Links
AmazoniTunes
This site contains affiliate links to products. We may receive a commission for purchases made through these links.
Blues for Django
Beverly Ritz
2019 / Goldie Mae Records
38 minutes
Review by Kathy Parsons
Blues for Django is the fifth album by jazz pianist/composer/arranger Beverly Ritz and includes Ritz’s solo piano arrangements of several jazz classics, a couple of original compositions and a few surprises. With a focus on the beauty of each melody, the pace of the album is relaxed and peaceful, making it great music for unwinding, very pleasant background music or a go-to album for when you want some easy-going jazz piano. The title refers to the Golden Retriever who shared his life with Ritz for many years.

Classically-trained as a child, Ritz started composing at the age of seven. She has made the west coast her home for many years, especially on the Oregon Coast and northern CA near the Oregon border, where she now resides.

Blues for Django begins with “Gigi’s Blues,” Ritz’s tribute to a gray cat she rescued who had an unusual rhythm to her “walk.” “I Have Dreamed” from The King and I is wistful, dreamy and from the heart. Inspired by the recording by Ahmad Jamal, “Poinciana” (song of the tree) reflects the gentle rhythms of a breeze blowing through the leaves and branches of a tree - a beauty! Ritz taught herself Henry Mancini’s “Moon River” by ear as a child, as it was one of her mother’s favorite songs. Sweetly nostalgic yet personal and heartfelt, this is one of my favorite tracks. The bossa nova classic by Antonio Carlos Jobim, “The Girl From Ipanema,” was the first piece Ritz learned to play by ear, so she has made it her own over the course of many years. “I Remember Bill” is Jessica Williams’ tribute to the late pianist, Bill Evans. Warm and expressive, it says so much without using any words at all. John Denver’s “Annie’s Song” was a real surprise! Ritz was commissioned by one of her piano students to create a jazz piano arrangement of the song, and it works beautifully! “Amazing Grace” was another surprise, but why not? Slow and very peaceful, this one would soothe and calm just about anyone’s weary soul! The title track began as an exercise in improvising on the surfing classic from the 1960’s, “Wipeout” by The Surfaris, but it eventually became a tribute to a most wonderful Golden Retriever named Django (yes, I met him several times when he lived in Oregon!).

It’s been quite a few years since we’ve had new music from Beverly Ritz and it’s great to hear from her and her magic fingers again! Blues for Django is available from Amazon, iTunes and CD Baby as well as streaming sites.

January 29, 2020
This review has been tagged as:
JazzKathy's Picks
Beverly's Website Beverly's Artist Page on MainlyPiano
Album Links
AmazoniTunes
This site contains affiliate links to products. We may receive a commission for purchases made through these links.
More reviews of Beverly Ritz albums 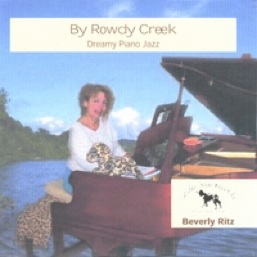 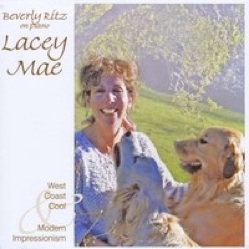 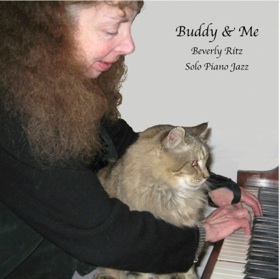