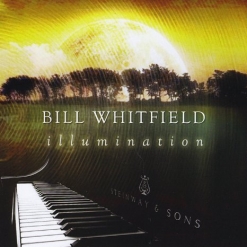 Bill's Website Bill's Artist Page on MainlyPiano
Album Links
Amazon (referral)iTunes
This site contains affiliate links to products. We may receive a commission for purchases made through these links.
Illumination
Bill Whitfield
2014 / Bill Whitfield
69 minutes
Review by Kathy Parsons
Pianist/composer Bill Whitfield has been on an impressive creative streak, releasing six albums in the past four years with another on the way this fall. Illumination is a collection of twenty piano solos that include original compositions, hymns, his arrangements of classical pieces, and a few popular songs and movie themes. Whitfield’s intention with his music is to bring comfort and inspiration to his listeners rather than dazzling them with pianistic pyrotechnics. The album maintains an even pace and tempo throughout, creating a soothing backdrop for relaxing, a quiet meal, daydreaming, working on the computer, or just about any activity that can be enhanced by some really nice solo piano music. A few of the pieces on this album also appear on other Bill Whitfield albums.

Illumination begins with “Tenderness,” a gentle ballad that comes directly from the heart. “To A Wild Rose” is American composer Edward MacDowell’s best-known piece and has been arranged for many different instruments and combinations of instruments. It was originally composed as a piano solo, and that is how it is presented here with few small changes. The title song is my favorite on this album. In the liner notes of the CD, Whitfield quotes William Blake: “For it is in the illumination of heart and mind that man through music discovers his rightful place with God.” This elegant piece seems to be paraphrasing that quotation without words. “Destiny” appears in two different versions, the second a “reprise.” Wistful and full of longing, it’s a beauty! “Nearer My God To Thee” is the first of the hymns, arranged and performed with deep sincerity. “Walking Home” has a casual, easy feeling similar to the warmth of walking in a familiar area, waving to friends, and seeing what’s new - and what’s not. “Seeing You” has a lighthearted, happy spirit that just makes you feel good. “The Theme from The Godfather” is listed here as “Speak Softly Now My Love,” which is a little bit different from the original title, but it’s the same piece. “April’s Eyes” is a slow, soulful piece that has a melody that could easily support lyrics (but doesn’t need them!). “Morning Has Broken” and “Great Is They Faithfulness” are two more of the hymns, beautifully arranged for solo piano. “Evening Tide” is so calming and peaceful that it brings soothing images of a silver ocean in the moonlight, gently lapping at the shore. “I Can’t Make You Love Me If You Don’t” was first released in 1991 and has been recorded by many singers. This piano arrangement gets the point across without lyrics. I’ve been a piano teacher for 35 years, and I have to admit that I have a small problem with classics being tampered with unless they are really different from the originals. Chopin’s “Prelude in E Minor” is perfect as is, so I bristle a bit at the changes in this arrangement. “Eternal Father, Strong to Save” serves as something of a benediction, bringing Illumination to a close.

If you are looking for some uplifting solo piano music, Illumination is a very good choice. It is available from Amazon, iTunes, and CD Baby.

July 23, 2016
Bill's Website Bill's Artist Page on MainlyPiano
Album Links
Amazon (referral)iTunes
This site contains affiliate links to products. We may receive a commission for purchases made through these links.
More reviews of Bill Whitfield albums 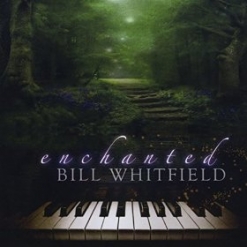 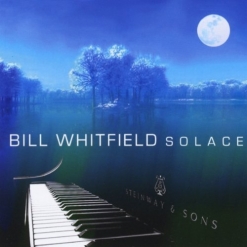 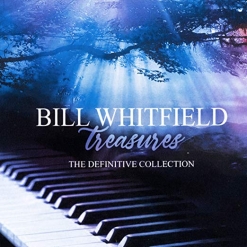