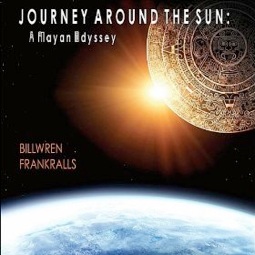 Bill's Website Bill's Artist Page on MainlyPiano
Album Links
Amazon
This site contains affiliate links to products. We may receive a commission for purchases made through these links.
Journey Around the Sun: A Mayan Odyssey
Bill Wren
2011 / Bill Wren and Frank Ralls
46 minutes
Review by Michael Debbage
Bill Wren and Frank Ralls began their unusual musical partnership back in 2008 when Wren wrote his impressive debut One Day In A Life relying on the arrangement and performance of Frank Ralls. This time around the partnership has now grown to Ralls receiving co-credit as his production and performance has now also extended to songwriting credits taking Journey Around the Sun: A Mayan Odyssey into a more worldly and progressive theme. The results equally match the impressive debut.

Of the fourteen tracks, six of them were penned by Ralls alone though three of them come more in the form of an interlude. His most impressive solo written contribution comes in the form of the melancholy beauty “Eternal Hope” that closes out the album. Otherwise the remainder of the album is co-written with standouts being the percussion driven optimistic “Apocalypse Island” which is in contrast to “The Lost City Of Maya” that is mystical, exotic and offbeat but nevertheless compelling.

Once again Bill Wren, a guitarist in his own right does not perform on his own album and the musical partnership has only become even more blurred with Ralls heavier contribution and co-credit this time around. Despite the unclear boundaries the results in contrast are very impressive as Wren and Ralls present a musical project that include songwriting, production, arrangements and musical performances that are nothing short of impeccable.
October 15, 2011
This review has been tagged as:
Michael's Favorites: 2011
Bill's Website Bill's Artist Page on MainlyPiano
Album Links
Amazon
This site contains affiliate links to products. We may receive a commission for purchases made through these links.
More reviews of Bill Wren albums 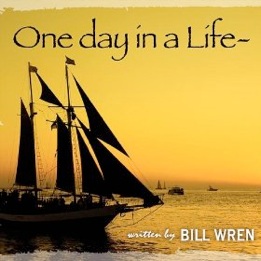 Journey Around the Sun: A Mayan Odyssey
2010
Review by Kathy Parsons