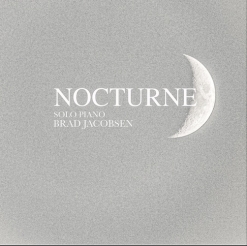 Brad's Website Brad's Artist Page on MainlyPiano
Album Links
Songbook ReviewAmazon (referral)Apple/iTunesSpotify
This site contains affiliate links to products. We may receive a commission for purchases made through these links.
Nocturne
Brad Jacobsen
2021 / Brad Jacobsen Music
44 minutes
Review by Kathy Parsons
Nocturne is the tenth solo album from pianist/composer Brad Jacobsen and celebrates the 10-year anniversary of this debut album, Road Home (2011). I have thoroughly enjoyed all of Brad's albums, but I think this is his best and most expressive music to date. The word "nocturne" means "night song," and all of the music on the album reflects on the peaceful stillness of nighttime. The eleven tracks include ten piano solos and an orchestrated arrangement by Doug Hammer of the title track. Brad also included adaptations/arrangements of Beethoven's "Moonlight Sonata" and Brahms' "Lullaby" along with new arrangements of a few older pieces. Warm and dreamy, it's the perfect antidote to a crazy, stressful day! The album was recorded and engineered at PianoHaven Studio in Sedona, AZ by Joe Bongiorno and Brad played the music on Joe's amazing Shigeru Kawai grand piano.

Nocturne begins with the title track, a piece Brad wrote for his wife. Dark and haunting yet calm and peaceful, for me the piece reflects on the mysteries of what might be happening in the quiet darkness outside. Poignant and bittersweet, it's a beauty! "Nightfall Reverie" is about late night daydreaming and has a warm, dreamy flow that soothes and relaxes. "Evening Star, Morning Star" first appeared on Brad's 2011 Deck the Halls Christmas album as "A New Star." "I retitled it, because in my opinion it starts at night, and the end hints of sunrise. For reference, the terms evening star/morning star traditionally apply to Venus....It's usually the first 'star' you see at night, and the one that shows longest into the morning." I really love this one! "Dark Moon (Moonlight Sonata)" is a combination of the Beethoven classic and Brad's own "Dark Moon." Velvety-smooth and hypnotic, it's easy to let this piece wrap itself around you and to get lost in its beauty. "Midnight Walk" is a minor key re-interpretation of Brad's most popular piece, "Autumn Walk." Haunting and full of longing, it's another favorite. The warm and blissful "Before the Dawn" expresses the hope and optimism of a coming new day. "Moonlit Waltz (The Restless Ones)" is a new arrangement of a piece from Brad's 2013 Thirteen Tales and is one of his favorites of his own pieces. Very calm and at peace, it's easy to imagine a romantic couple dancing slowly in the glow of moonlight, lost in their own world. "Acquainted With the Night" was inspired by a poem by Robert Frost that explores isolation, sorrow and despair. While heartfelt and deeply emotional, the piece is far from hopeless. I love this one, too! "Gaelic Lullaby" (aka "Gaelic Cradle Song") is Brad's arrangement of a traditional song with a haunting melody. "Cradle Song (Brahms' Lullaby)" holds deep meaning for Brad with memories of bedtime with his three sons when they were very young. Poignant and nostalgic, it reaches deep into your heart. The orchestrated version of the title track is mostly piano and strings and is a wonderful ending for the album!

Nocturne is available as a CD and download from BradJacobsenMusic.com. It is also available to stream or download from Amazon, Apple/iTunes and Spotify (among others). A companion sheet music book is also available from Brad's website as a PDF download or a spiral-bound book (I've reviewed that as well!). This is an incredible album, and I recommend it very highly!
August 18, 2021
Brad's Website Brad's Artist Page on MainlyPiano
Album Links
Songbook ReviewAmazon (referral)Apple/iTunesSpotify
This site contains affiliate links to products. We may receive a commission for purchases made through these links.
More reviews of Brad Jacobsen albums 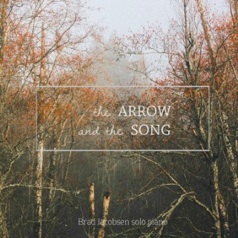 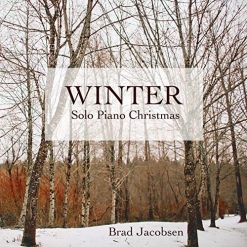 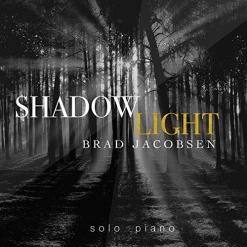