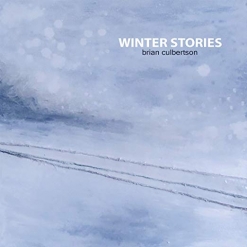 Brian's Website Brian's Artist Page on MainlyPiano
Album Links
Amazon (referral)iTunes
This site contains affiliate links to products. We may receive a commission for purchases made through these links.
Winter Stories
Brian Culbertson
2019 / BCM Entertainment
44 minutes
Review by Michael Debbage
It has been 4 years and a few studio albums since reviewing the recording Live 20th Anniversary Tour. Since then the musical enigma we call Brian Culbertson has released a funk album aptly titled Funk, a smooth jazz embracement titled Colors Of Love followed up by another live album Colors Of Love- Live In Vegas. Needless to say, Culbertson’s profile has remained very prolific with his latest and frankly greatest album to date in the form of essentially a stripped-down jazz trio celebrating the season of winter entitled Winter Stories. While it briefly pays respect to the festive time of the year, the focus is the entire winter season making for a warm, intimate and musky outing veering to a purer jazz form.

There is a total of ten intimate tracks that feature Culbertson on the piano along with his accomplices’ Steve Rodby on acoustic bass and Khari Parker on drums and they open this delightful album with the rich slow burner “Sitting By The Fire”. As a listener you may want to bring alongside a glass of red wine as this track exudes romance and relaxation and this is only just the beginning of 44 minutes of a class one album. Similar results can be found on the slow shuffle of “Montana Skies”, the elegant “Waltz For M” or the seductively hauntingly beautiful “Frosted Window” where Rodby’s deep rolling bass slowly drives the song to completion.

While the majority of the album is on a slow romantic burn presenting an audio soundtrack for a night of sitting next to a log fire with the previously mentioned glass of deep red wine, Culbertson finds the time to be a little lighter and more joyous on “City Sleigh Ride” and “Island Dream” where Lenny Castro’s percussion work joins the trio. While these tracks are somewhat more playful and festive they are not out of place. That said, Culbertson does well to wrap up Winter Stories with his sublime stripped “Starry Night” that is essentially Brian, his piano and a simply splendid song.

Brian Culbertson has always been a smooth jazz operator who is equally comfortable in the R&B and funk genres that some of his recordings can be quite a preparation for his musical work outs. However, this intimate fully focused recording may be his best to date. Apparently, it has been reported that Winter Stories is the first in a series of four albums to pay tribute to all of the year’s seasons. If this is the case then Culbertson has set a really high expectations for this series and if he even comes close to the respect he paid to winter then we could be in for an exceptional “year of recordings”.

November 21, 2019
This review has been tagged as:
JazzMichael's Picks
Brian's Website Brian's Artist Page on MainlyPiano
Album Links
Amazon (referral)iTunes
This site contains affiliate links to products. We may receive a commission for purchases made through these links.
More reviews of Brian Culbertson albums 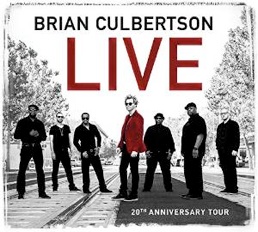 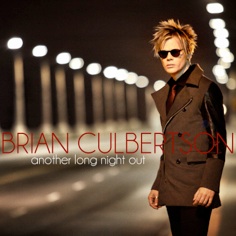 Another Long Night Out
2014
Review by Michael Debbage
Michael's Favorites: 2014