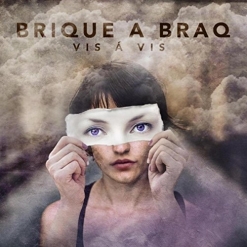 Brique a Braq's Website Brique a Braq's Artist Page on MainlyPiano
Album Links
Amazon (referral)iTunes
This site contains affiliate links to products. We may receive a commission for purchases made through these links.
Vis á Vis
Brique a Braq
2018 / Man Night Music
15 minutes
Review by Kathy Parsons
Vis á Vis is the fourth album by Brique a Braq, a dynamic compositional project by songwriter/producer/composer/ multi-instrumentalist Derek Mount. Mount’s music has been featured in films, commercials, TV programs, sporting events, corporate pieces and more. He has co-written eight #1 hits and fifteen Top 10 hits across various Billboard charts in a wide variety of genres. Each Brique a Braq release is created using a self-imposed set of boundaries. The Vis á Vis EP consists of six singles composed and released individually over a period of six months. The pieces were recorded exclusively between 5:00-9:00 AM and each title reflects both the release date and the date on which it was composed in the prior year. Mount composed all of the music and performs on piano, keyboards, programming and percussion. He also produced and engineered the album, which was mixed and mastered by Joe Hutchinson. The very evocative artwork was created by Jesse Dill.

Vis á Vis begins with “Le 4 novembre,” a shimmering ambient piece that makes very effective use of pedal and reverb to create a slightly mysterious and other-worldly atmosphere. Piano is the primary instrument, but there are also keyboard washes and highlights as well as some wordless vocals. “Le 15 decembre” is more wistful and dreamy. Some of the piano strings seem to be muted slightly, softening the percussive sound of the hammers hitting them and making the unmuted notes sparkle. The second half of the piece becomes somewhat more melodic with a gentle energy moving it forward. “Le 5 janvier” is very lively and light, almost buoyant. Primarily piano and keyboard, parts of this piece are more orchestrated. I really like the joyful, dancing spirit of this one and the way it gradually winds down to the end. “Le 9 fevrier” is very cool and aloof, making me think it was composed on a very dark, cold winter morning. The icy chilliness has its own special beauty and would be spectacular behind photos or videos of snow scenes. “Le 16 mars” is also more ambient than melodic and is, again, very visual and atmospheric. It is also on the cool side, evoking images of stark, bare trees just before spring brings renewal and rebirth. “Le 3 avril” lightens the mood considerably using both muted and unmuted piano strings to paint a gentle picture in soft pastel shades.

Vis á Vis is a fascinating experimental work by an exceptionally creative musician, and I always look forward to new music from Brique a Braq! The six singles and full EP are available from Amazon, iTunes and CD Baby. Highly recommended for those who appreciate experimental music that is pleasing to the ear!

March 28, 2018
This review has been tagged as:
Kathy's Favorites: 2018Kathy's Picks
Brique a Braq's Website Brique a Braq's Artist Page on MainlyPiano
Album Links
Amazon (referral)iTunes
This site contains affiliate links to products. We may receive a commission for purchases made through these links.
More reviews of Brique a Braq albums 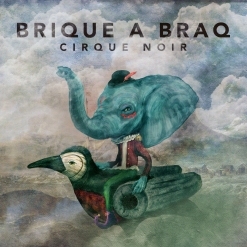