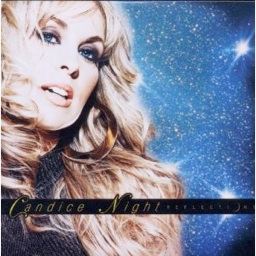 Candice's Website Candice's Artist Page on MainlyPiano
Album Links
Amazon (referral)iTunes
This site contains affiliate links to products. We may receive a commission for purchases made through these links.
Reflections
Candice Night
2011 / Minstrel Hall Music
39 minutes
Review by Michael Debbage
When Blackmore made his transition from Rainbow to Blackmore’s Night many consumers needed to be aware of the significant transition from melodic rock to the melodic renaissance genre. To a lesser extent the same warning should be noted to Blackmore’s Night fans as the solo debut of Candice Night is a very different affair. Gone, gone, gone with the exception of the two to three songs are there any indications of musical leaping lords as Ms Night has aimed for a much more commercial and accessible album in the form of Reflections and what a beauty she is.

Candice Night received her first big break back in 1993 when she performed as a background vocalist on the Deep Purple Battle Rages On tour. The following year she was also featured on Rainbow’s Stranger In Us All as a vocalist and songwriter. But 1997 was the year when the world was first formally introduced to the vocals of Candice courtesy of Blackmore’s Night debut album Shadow Of The Moon. Since 1997, Night has gone on from strength to strength with her vocals becoming stronger and more confident everytime she hit the studio. Though her vocal performances were always impressive Candice really began to hit overdrive on 2008’s Secret Voyage, confident enough to take on the Rainbow rendition of “Rainbow Eyes” previously sung by the late great Ronnie James Dio. At this point it was only a matter of time before Candice Night would spread her wings and fly solo and 3 years later that time has come via Reflections.

Opening with the more whimsical put catchy “Wind Is Calling (Hush The Wind)”, Night follows this up with greater gusto courtesy of the more organic toe tapping “Gone Gone Gone”. With the exception of some simplistic percussion and guitar work, Candice’s vocals are up front and center and a breath of fresh air they are, sturdy but not overdone. Akin to the previously mentioned, similar results can be found on “Dangerous Smile”. In contrast there is the more mid tempo ballad “Call It Love” where Candice soars. Fans of Blackmore’s Night should recognize this song which was featured as a bonus track on their 2006 release The Village Lanterne. Apparently, Night’s revamped version is her first single from the album and it is already getting some significant exposure and has hit written all over it. A similar transformation can be found on “Now And Then (2011)” which is also a reworking of the 1999 Blackmore’s Night composition from the album Under A Violet Moon. If you play either track alongside the original you will realize just how much Night has developed. But the mellowest moments comes courtesy of “Robin Red Breast” as well as the introspective instrumental beauty “In Time” that features Elizabeth Cary on violin who is also spotlighted on “Alone With Fate”. The remainder of the instrumentation on the album is unaccredited though music, lyrics and arrangements are those of Candice Night with production and engineering assistance coming from the ever-present Pat Regan.

With Blackmore’s Night album August Sky already released early this year, clearly 2011 is the year of Candice Night with Reflections once again showing that she is an artist that continues to blossom into a talent in her own right. And while Night has always produced admiral vocal performances with Blackmore’s Night there is no doubting the linear progression in her vocal talents. If you have not yet introduced yourself to Candice Night or may find Blackmore’s Night musical specialty just a little too unique then don’t ponder but wander down to your local independent record store and pick up Ms Night’s solo debut. You won’t regret it.
September 29, 2011
Candice's Website Candice's Artist Page on MainlyPiano
Album Links
Amazon (referral)iTunes
This site contains affiliate links to products. We may receive a commission for purchases made through these links.
More reviews of Candice Night albums 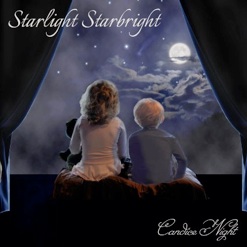