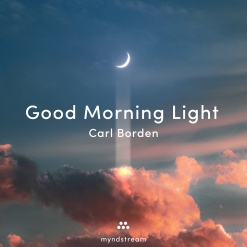 Carol Borden is a multi-award-winning composer, record producer, recording artist and audio engineer. He signed with the Real Music label in 2016 and released three albums with them: Echoes of Bliss (2016), Breathe (2017), Morning Embrace (2017). His first album on the myndstream label is Beyond the Sunrise (2020), which I love!

"Good Morning Light" is a gorgeous ambient piece that suits this quote by Borden perfectly: "It's always a joy to wake up to the morning sunlight. To me, it symbolizes a new day full of opportunity." Like floating on a fluffy cloud or daydreaming in a sunny meadow, this music wraps you in its calming warmth as you listen to birds and other peaceful sounds that are woven into the music. Very soothing!

"Good Morning Light" is available on its own or as part of the myndstream Summer Flight collection from myndstream, Amazon, Apple Music/iTunes, Spotify and other sites. Beautifully done!
August 27, 2021
This review has been tagged as:
Single Release
Carl's Website Carl's Artist Page on MainlyPiano myndstream's Website myndstream's Artist Page on MainlyPiano
Album Links
myndstreamAmazon (referral)Apple/iTunesSpotify
This site contains affiliate links to products. We may receive a commission for purchases made through these links.
More reviews of Carl Borden albums 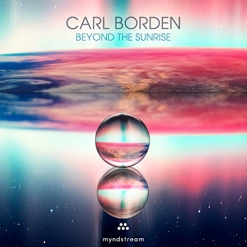