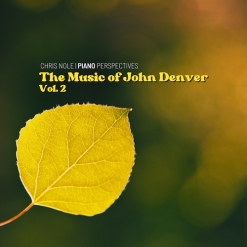 Chris' Website Chris' Artist Page on MainlyPiano
Album Links
Amazon (referral)Apple/iTunesSpotify
This site contains affiliate links to products. We may receive a commission for purchases made through these links.
Piano Perspectives: The Music of John Denver, Vol. 2
Chris Nole
2022 / CNM
48 minutes
Review by Kathy Parsons
As the title states, Piano Perspectives: The Music of John Denver, Vol. 2 is pianist/composer/producer Chris Nole's second collection of solo piano arrangements of music by the late singer/songwriter John Denver (1943-1997). The first was called Fly Away - Piano Perspectives - The Music of John Denver, and was released in 2004. That album featured many of Denver's classics and biggest hits. Some of the twelve tracks on this new album aren't as familiar to me, but all clearly demonstrate the gentle, loving spirit Denver seemed to infuse all of his music with. What makes this album even more special is the fact that Chris Nole toured and recorded with John Denver from early 1994 until Denver's untimely death in October 1997. Chris notes that creative liberties were taken with the melodies and arrangements of the original John Denver recordings, but the beautiful spirit of the music is expressed from a very personal solo piano perspective and is a tribute to Denver like no one else could do. Knowing an artist's music is one thing, but knowing the artist, too, makes a huge difference, and Chris Nole has done an amazing job with this music!

It is interesting to note that there will be concerts honoring the 50th anniversary of John Denver's Rocky Mountain High with the Colorado Symphony in Denver, CO on 9/8/22 and a concert in Aspen, CO on 10/7/22 to mark the 25th anniversary of Denver's death; Chris Nole will be a part of both concerts.

The album begins with "Around and Around," which originally appeared on Denver's 1971 album, Poems, Prayers and Promises. The somewhat melancholy melody is expressed with an honesty and sincerity that draws the listener in. "Rhymes and Reasons" goes back to the 1969 album by the same name. Even though I can't remember the words, Chris' heartfelt arrangement goes straight to the heart. "Starwood in Aspen" originally appeared on the 1971 album, Aerie, and is one of my favorites on the album. Relaxed and very peaceful, it suggests images of the natural beauty of Colorado. "My Sweet Lady" also originated with the Poems, Prayers and Promises album and overflows with tenderness and deep emotion - another favorite. "Perhaps Love" was composed by John Denver and was released as a duet with operatic tenor Placido Domingo in 1981, eventually going platinum. Poignant and deeply-felt, Chris really plays his heart out in this one! "Follow Me" dates back to Denver's Take Me To Tomorrow (1970), an album my brother had in his collection. The ballad is both soulful and very beautiful, and Chris refreshes it as a lyrical piano solo. The last two tracks on the album originated with Denver's 1972 Rocky Mountain High, his first Top 10 album. Both "Darcy Farrow" and "Goodbye Again" have stood the test of time and are as stirring and meaningful today as they were 50 years ago.

Fans of John Denver's music as well as fans of beautiful piano solos are in for a real treat with Piano Perspectives: The Music of John Denver, Vol. 2! The album is available from Chris' website as both a download and as a CD. It is available to download or stream on Amazon and Apple Music/iTunes as well as many streaming sites including Spotify. Very highly recommended!
September 4, 2022
This review has been tagged as:
Latest Reviews
Chris' Website Chris' Artist Page on MainlyPiano
Album Links
Amazon (referral)Apple/iTunesSpotify
This site contains affiliate links to products. We may receive a commission for purchases made through these links.
More reviews of Chris Nole albums 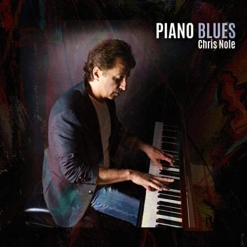 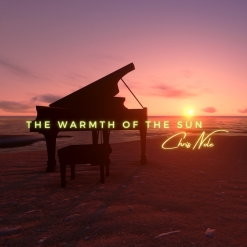