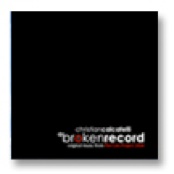 Christian's Website Christian's Artist Page on MainlyPiano
A Broken Record, Part 1
Christian Calcatelli
2004 / Christian Calcatelli
73 minutes
Review by Kathy Parsons
A Broken Record, Part 1 is a selection of music from The CALX Project 2004, an international fund-raising event held in Rome, Italy from September 15-17, 2004, where pianist/composer Christian Calcatelli set a world’s record for “the longest solo music internet broadcast,” clocking in at sixty hours and one minute. Calcatelli improvised continuously for three days and two nights, stopping only for the mandatory fifteen minute “bio breaks” every eight hours. Some of the pieces were played with one hand, allowing Calcatelli to eat with the other, and also to relax his arms. “A Broken Record, Part 1” and “Part 2” are available as a download that includes extensive liner notes written by Calcatelli, describing the event and what he was feeling as he composed the music on the spot. There are also three bonus tracks. The tracks are not presented in chronological order, but the liner notes explain at which point in the event the pieces were played. Recorded at the Alberto Sordi Gallery, some of the tracks have quite a bit of background noise - glasses and dishes being moved around, a heavy downpour of rain, and voices - but since this is a “live” event, that is to be expected. Also, since the music was improvised continuously, some of the pieces end a bit abruptly, to separate them into individual tracks - also very understandable.

Christian Calcatelli’s classical training is very apparent in his music, but it is also very contemporary. He is a strong and powerful pianist who composes both from the heart and from the brain, and the music ranges from delicate and gentle to very big and flashy. I can’t imagine playing the piano for sixty hours, let alone continuously improvising and having the results be consistently musical! All of the music on this CD is fascinating as well as very enjoyable to listen to, but I do have a few favorites. “Lonely Sunset” is darkly reflective and is played with only the left hand - a beauty! “The Inner Space (Fantasia)” is my favorite. At more than 21 minutes, you really get a feel for how this music evolves. Themes and emotions change, but the process is so organic that those changes are a natural progression. “Second Star to the Right” is a melodic, dreamy piece with lovely, gentle flow. “KItten On the Keys” is a short piece meant to boost the morale of the team. Playful and funny, it’s sure to bring a smile! “Corale” is particularly interesting because two themes were born that recur in other parts of the performance in variations. “The Tale of The Quiet World” is another beauty. Warm and reflective, the broken chord double-note arpeggios make the piece sparkle. “The Jordanic Dance” came about during the most difficult part of the event, late into the second night. Fighting off sleep, Calcatelli’s friends started encouraging him to give him the extra boost to keep going, and some were dancing in the otherwise empty gallery. At that point, Calcatelli knew he was going to be able to make it to the end of the marathon. 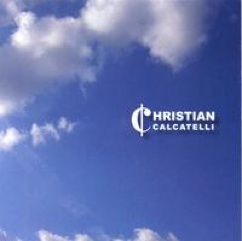